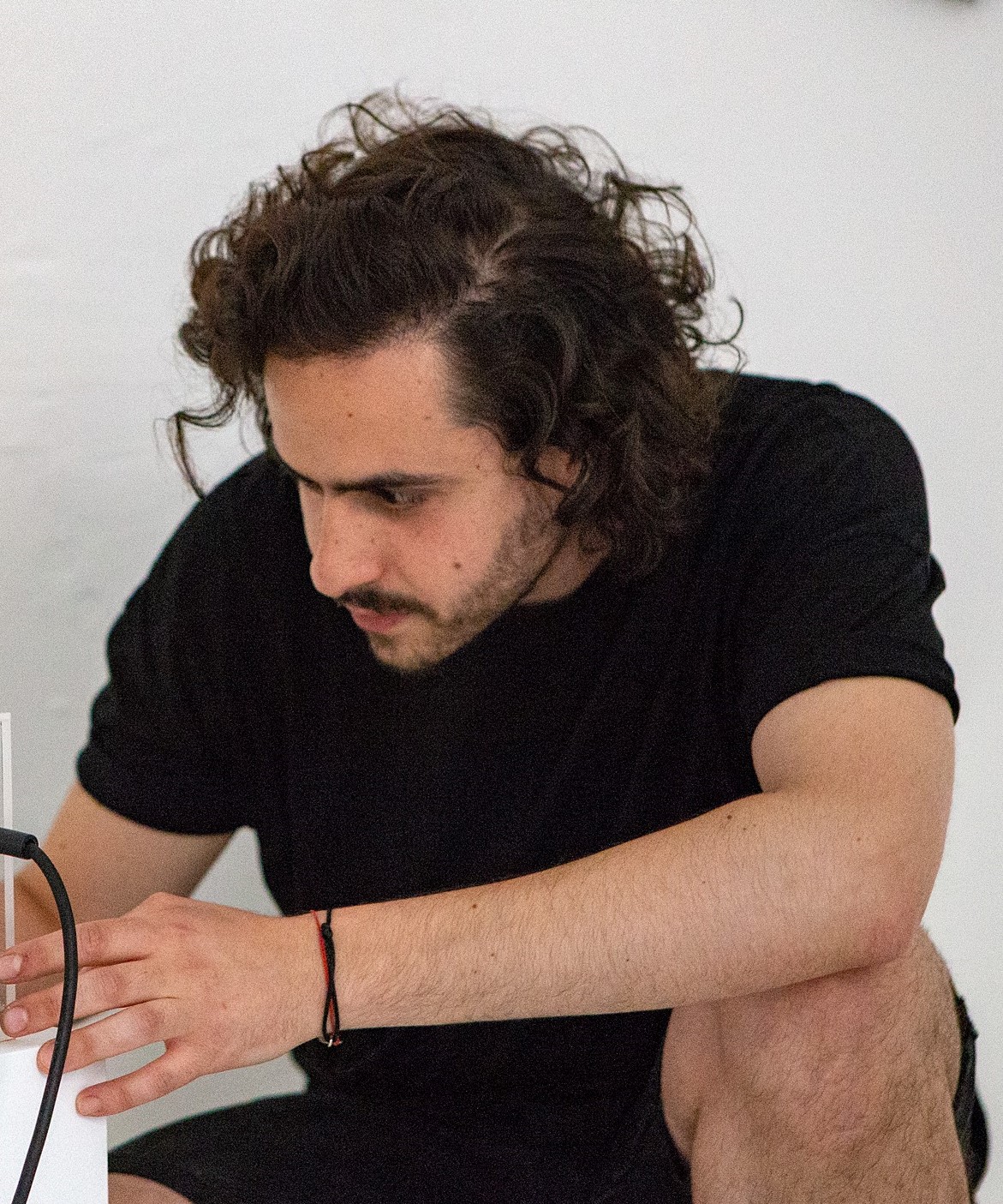 Born in 1991 in Tunis, Chedly Atallah is an artist, architect and scenographer who lives and works in Paris. After studying Architecture in Tunis and then in Paris, he joined the Beaux-Arts de Paris where he forged a strong bond with Emmanuel Saulnier. They collaborate together in various projects such as the Alep edition, the book Beirut IN-SITU (Beaux-Arts edition) or the Almanac Les Ides de Mars.

His practice explores the geopolitical changes in the post-revolutionary Arab world. Mixing video, installations and sculptures, he questions the modalities of cohabitation of men with their images while being nourished by the current events of wars and revolts as in Libya, Syria, Palestine and Lebanon. In a process of image making, he deals with two essential notions that he draws from the memories of his deceased grandfather: those of doubling and blindness. It is through historical, architectural, religious and political layers that he creates fragments of visual and iconographic memories retracing migration through the stories of forms, reality and the imagined.

"The six months of my residency allowed me to complete the first chapter of my Montauzan project, which ended with the solo show Drip Drop The Rain curated by Claire Luna at the Petite Galerie de la Cité.

This privileged time of a residency accompanied by a living grant and numerous round tables and meetings in a context as fragile as that of the pandemic allowed me to concentrate fully on my research while being surrounded by an international community of artists, architects, researchers and curators..."

The Mysterious Affair at Styles