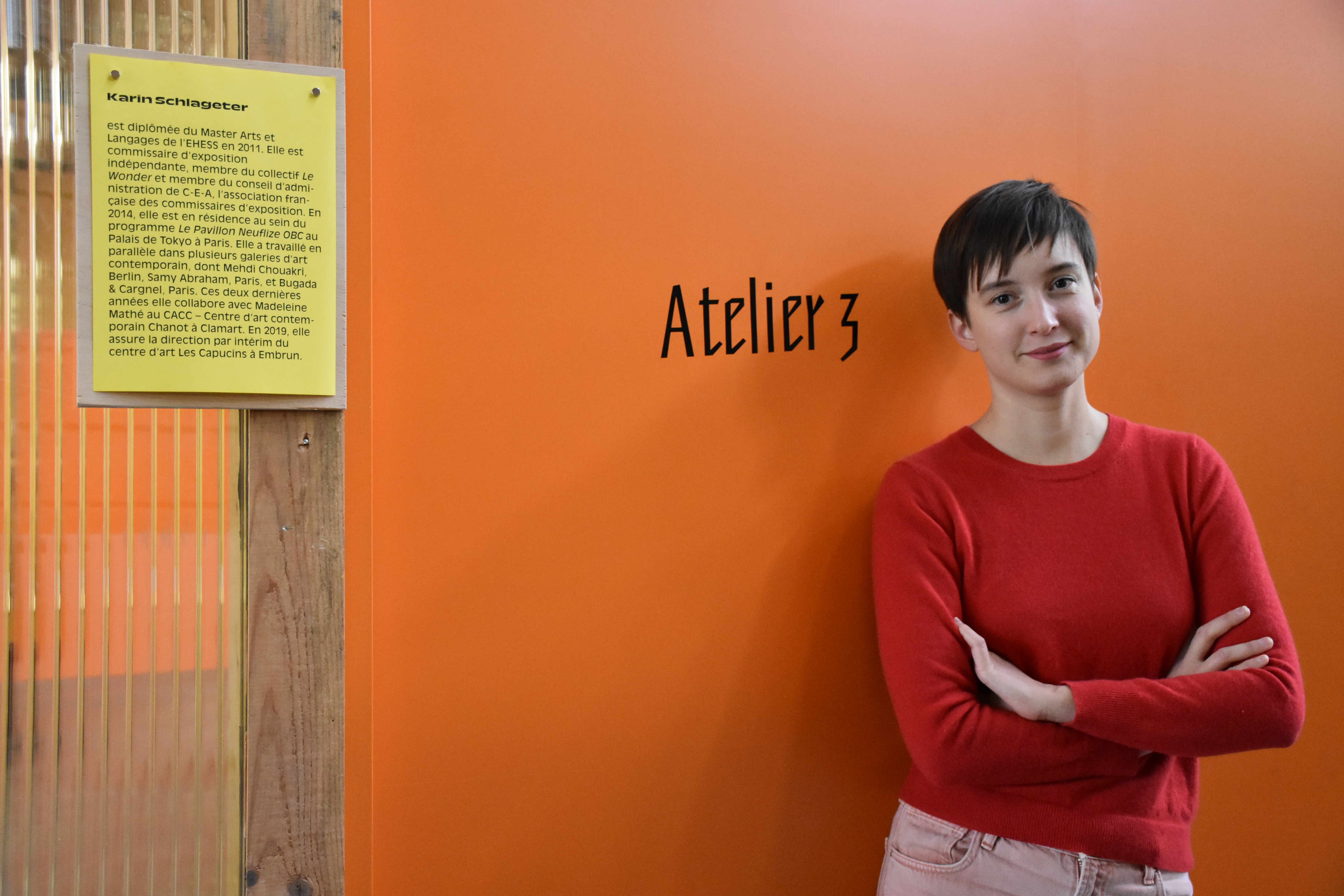 Karin Schlageter, born in 1988, is an independent French-Swiss curator. She has graduated from EHESS in 2011 with a Master's degree in Arts and Languages.

From 2010 to 2018, she is a member of the editorial board of the cultural studies French magazine Poli-politique de l'image.

During 2013 and 2014, she is in residency at the Palais de Tokyo in Paris under the program Le Pavillon Neuflize OBC. In parallel to her curatorial activity, she has worked in several contemporary art galleries, including Mehdi Chouakri, Berlin, Samy Abraham, Paris, and Bugada & Cargnel, Paris.

In 2019, she is acting director of the contemporary art center Les Capucins in Embrun (05).

In 2020, she is recipient of a grant from the Cnap in association with the Cité internationale des arts in Paris, as well as recipient of the Villa Kujoyama for the session 2021-2022.

"As far as I am concerned, this residency was very positive for me, I had the feeling to be part of a micro-society for 6 months alongside the other residents of the Cité. I really appreciated the international context of the residency, its decompartmentalized character, where various artistic practices, and geographical and cultural origins mix. Moreover, I was able to take advantage of this time of residence to develop my research, by having in particular the opportunity to consult various funds of archives or libraries because it is typically the kind of things to which I do not have access since the small rural commune where I live. What I remember about this residency is the rich and stimulating encounters that pushed me out of my comfort zone!"

Side to Side 5 – Talks between artists and curators