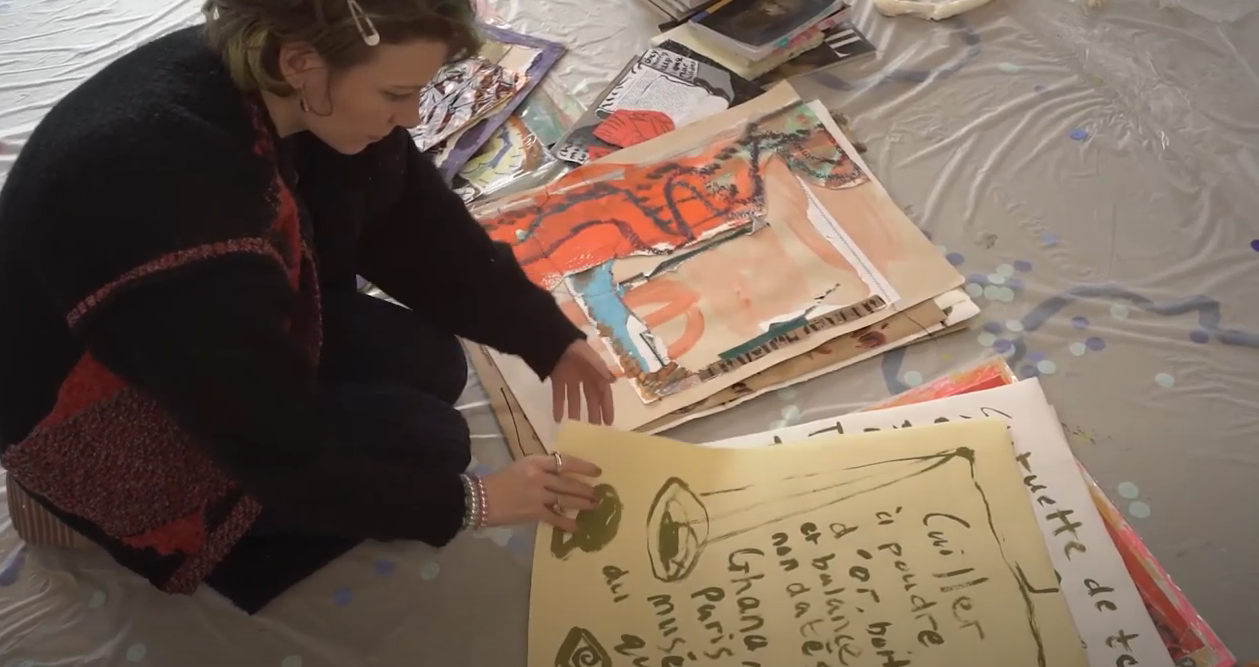 Claudia Tennant’s exhibition Waking The Dead presents a series of original mixed media works on paper and canvas. In this series, Claudia Tennant addresses Africa’s empires across thousands of years of history and courageously confronts her socio-political and cultural heritage as a white South African.

Discover now the talk between the artist and the curator around this project.

Claudia Tennant is a South African artist who graduated from the Beaux-Arts of Paris.

After studying music in South Africa at the National School of the Arts in Johannesburg, she entered the École Nationale Supérieure d'Art de Paris-Cergy and then the Beaux-Arts de Paris where she obtained a Master of Fine Art in 2017 after a one-semester exchange at Pasadena ArtCenter College of Design, Los Angeles.

Karin Schlageter, born in 1988, is an independent French-Swiss curator. She graduated from EHESS in 2011 with a Master's degree in Arts and Languages.

From 2010 to 2018, she was a member of the editorial board of the French cultural studies magazine Poli-politique de l'image. During 2013 and 2014, she was in residency at the Palais de Tokyo in Paris under the program Le Pavillon Neuflize OBC. In parallel to her curatorial activity, she has worked in several contemporary art galleries, including Mehdi Chouakri, Berlin, Samy Abraham, Paris, and Bugada & Cargnel, Paris.