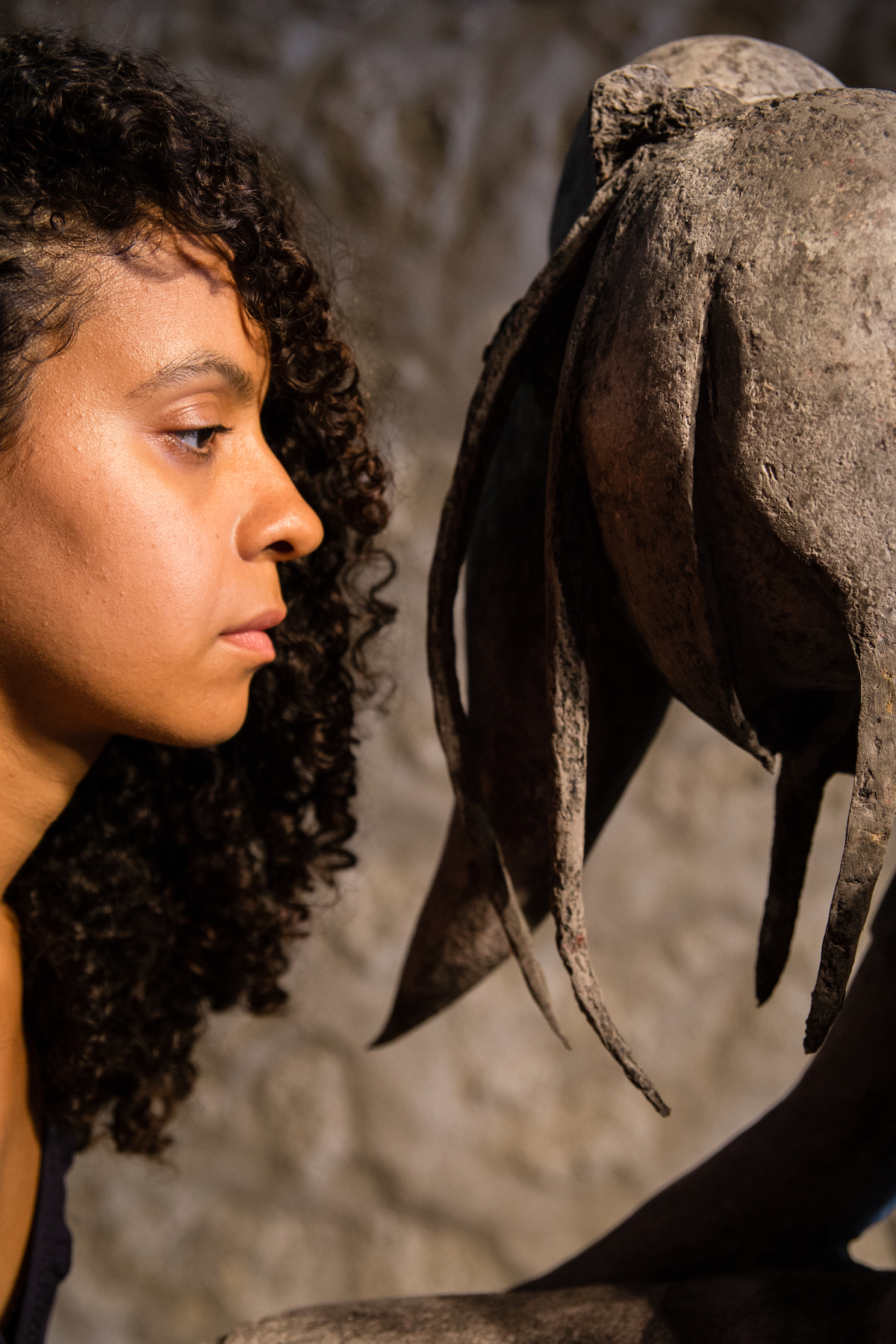 Geneviève Alaguiry, from her artist name Genathena, was born in 1986 in Reunion Island. Graduated from a DNSEP at the Ecole Supérieure des Beaux-Arts de La Réunion in 2010 and a Master 2 at the University of Paris 8 in 2011, she developed very early on a research on the human condition which led her to question the societal context of the 21st century, anchored in a commodification of individuals and the world. Far from the "creative and constructive relationship with others. Magnet. Humanity is sick of degrading the social bond and of producing nothing good"[1], she is in perpetual search of this otherness that drops the masks and where the individual is no longer part of an alienating relationship. A relationship in which she contributes to his or her own enslavement.

Vers l'Humain exhibition held at the Pavillon in 2019 – following her residency "Hors les murs" as part of a partnership between the Artothèque de La Réunion and the CNEAI – shows the importance given to the Other in her work. She carries the voice of those who suffer, the invisible ones, where a battered woman and a homeless person become the centre of the exhibition and the debate, which she likes to continually arouse in the public.

In a necessary re-humanisation of the world, she lays the foundations of a research that tends to reveal indefinitely the Human being crushed by games of domination and power, as her exhibitions since 2014: Première expo… et après ? (collective exhibition, 2018), L’Illusion d’un monde (2017), Insalubrisalvia (2016) or Mécanique d’Humanisation (2014).

In 2019, at the invitation of Pascal Lièvre and Julie Crenn as part of the HERstory project, she questions the issues of the artistic milieu and the figure of the contemporary artist.

She has taken part in several group exhibitions and carried out residencies in Paris, Mauritius and Reunion Island.