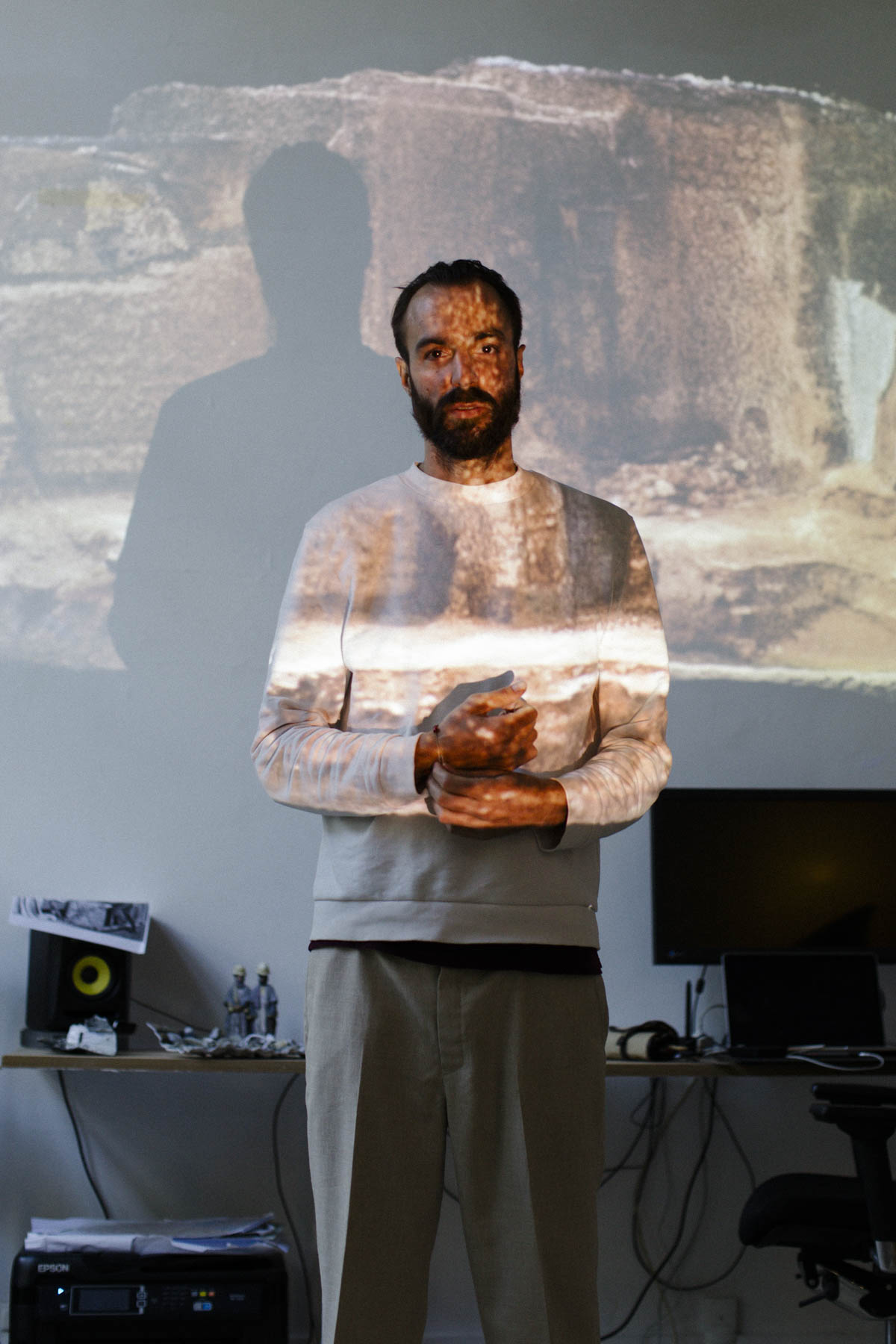 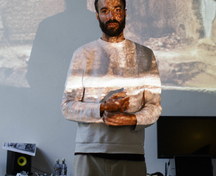 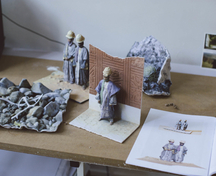 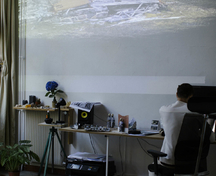 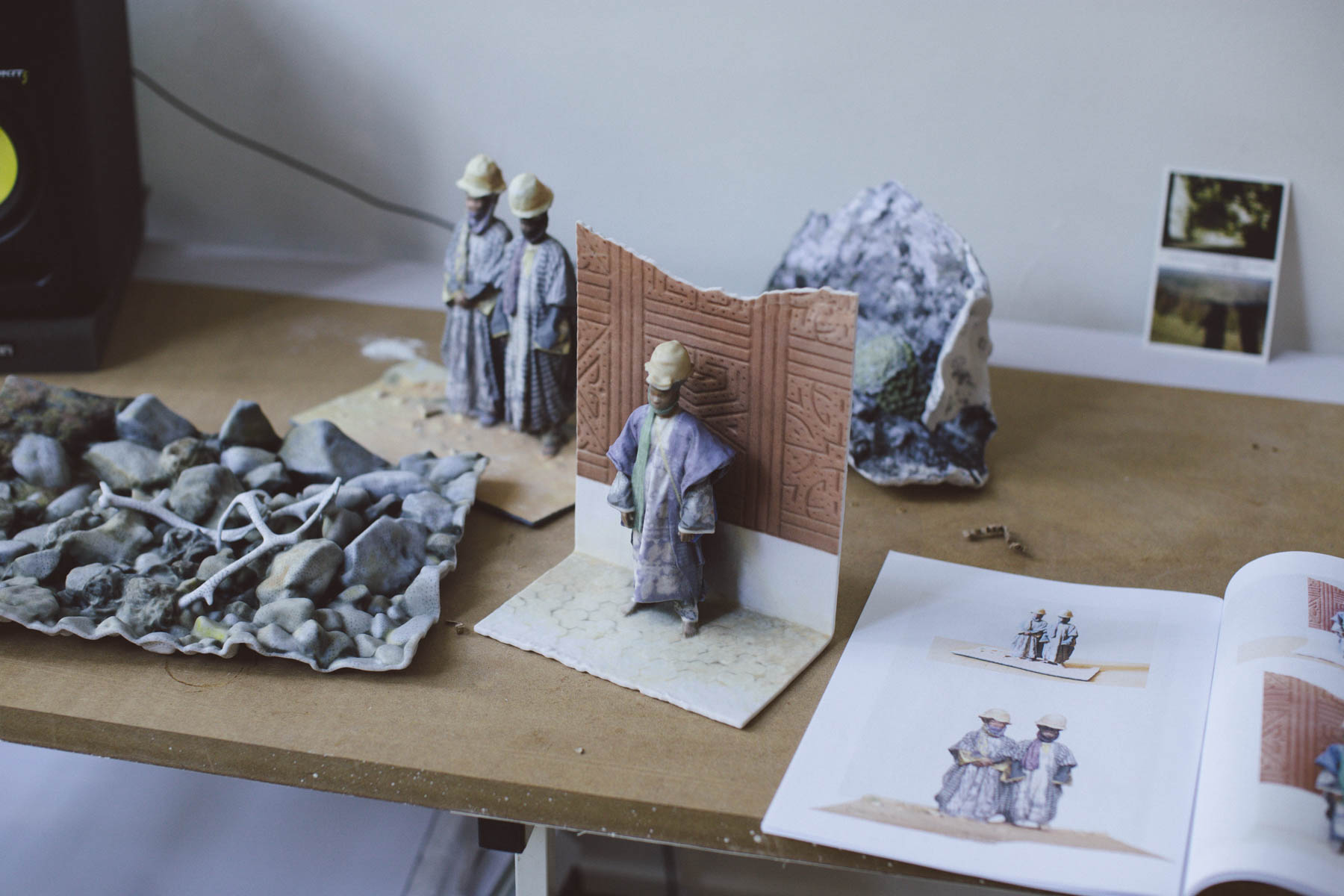 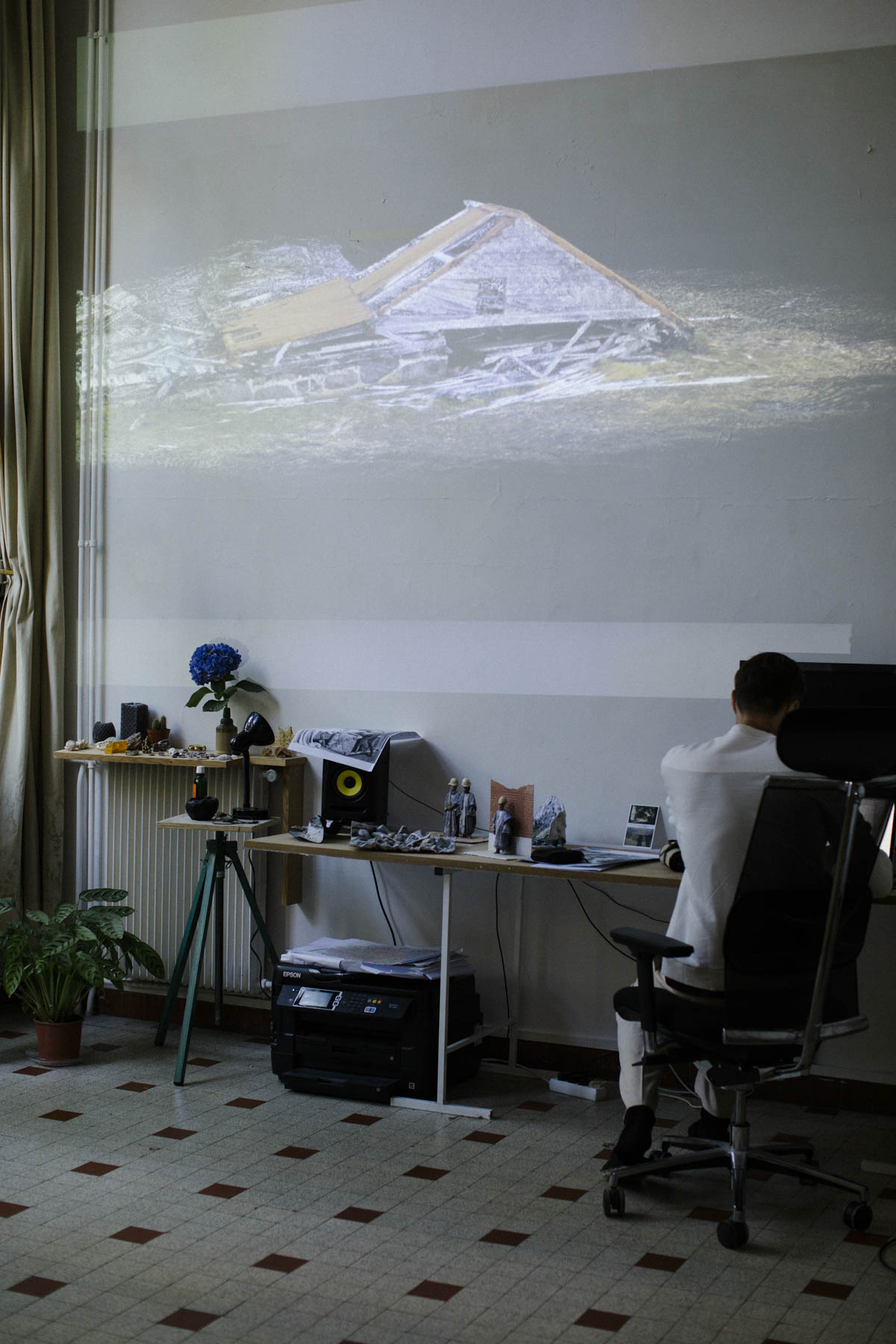 What are the changes and evolutions to note in your work thanks to the residency at the Cité internationale des arts?

"Above all, it is the opportunity to have a large workshop that makes my work evolve. I deploy in space, in contrast to more geographically unstable periods when my studio is a pop-up from a laptop screen. In the digital age it is easy to forget the importance of real space, the benefit of a confrontation with matter, whether for drawing, sculpture, or even the projection of video images. Screens have been shrinking so much lately that we are now revisiting the classics of cinema on an iphone! It is a period of miniaturization. This studio in Montmartre is for me the opportunity to return temporarily to works of a more... majestic dimension."

An anecdote about your residency at the Cité internationale des arts?

"When we returned from the Villa Medici two years ago, we had presented here, with Native Maqari and Keziah Jones, the Blackout performance and symbolically "erased" the building. It was a good way to get to know the place, even if at the time I didn't think I would ever live there. During the preparation phase of the project, I met several generations of artists who live here and became aware of the historical importance of the site. Today I am enjoying it for a while and I hope many others will follow me, because it is a precious place that respects the time of research."

Simon Rouby, born in 1980, studied painting by hand before moving on to other media such as sculpture and painting.

He studied filmmaking, first in Paris at Les Gobelins, then in Calarts, Los Angeles. His graduation films have been selected at numerous international festivals. In 2015, he finalizes Adama, his first feature film, nominated at the Césars and European Film Awards as one of the three best animated films of the year.

He is a resident of the Académie de France in Rome, Villa Médicis in 2016/2017, where he developed a practice in video installation. In 2018, he continued this research in the Kerguelen Islands, as a laureate of the Atelier des Ailleurs before joining the Cité internationale des arts, where he developed his next animated feature film.