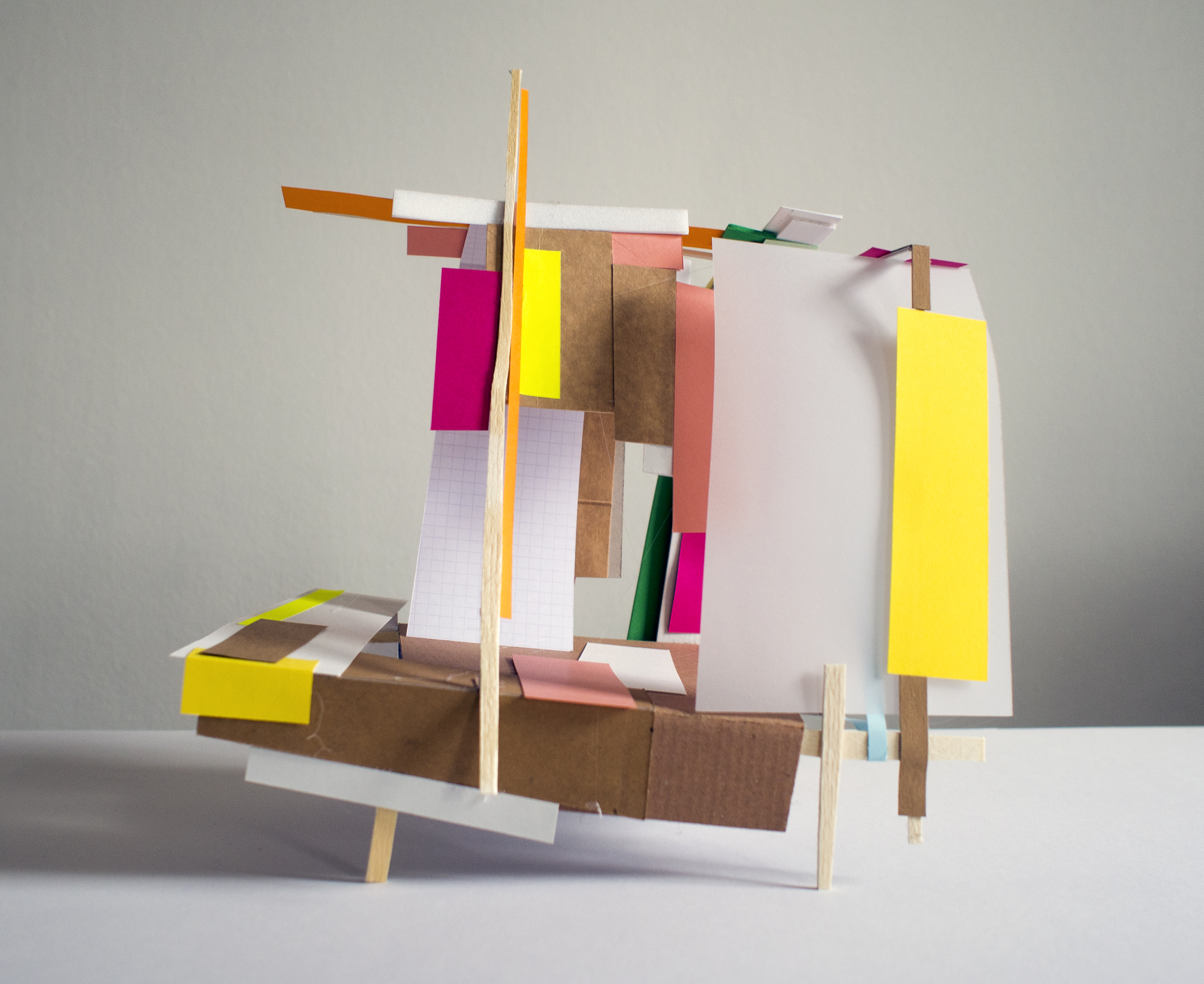 Mengzhi Zheng - French, Chinese born - is a visual artist living in Lyon. Space is at the heart of its concerns. This translates into "flat" works (drawings, engravings, photographs) and works in volume that he declines at different scales and that he presents and installs both inside and outside.

He was noticed for his series of "Abandoned mock-ups", which he has been developing since 2014. They are small sculptures made of cardboard, paper and small woods assembled and glued. Fragile but stable, they are mounted in Mikado.

Whenever possible, he also creates large installation sculptures that interact with the exhibition space. These installations, the visitor is invited to cross them physically and mentally, and thus to "inhabit" them in a transitional and poetic way. His drawings and paintings in space take the form of "non-functional architextures".

He has exhibited abroad in Frankfurt, Leipzig, Amsterdam, Casablanca, Shanghai, etc. In France he participated in the Hors-les-Murs du Palais de Tokyo in resonance at the Lyon Biennale in 2015, the Hortillonnages in Amiens in 2017, the Biennale d'Architecture d'Orléans in Frac Centre in 2017-2018 where he was also resident for this occasion. He is currently working on the installation of a monumental and permanent work in the public space as part of the renovation of the LPA Les Halles car park in the centre of Lyon.