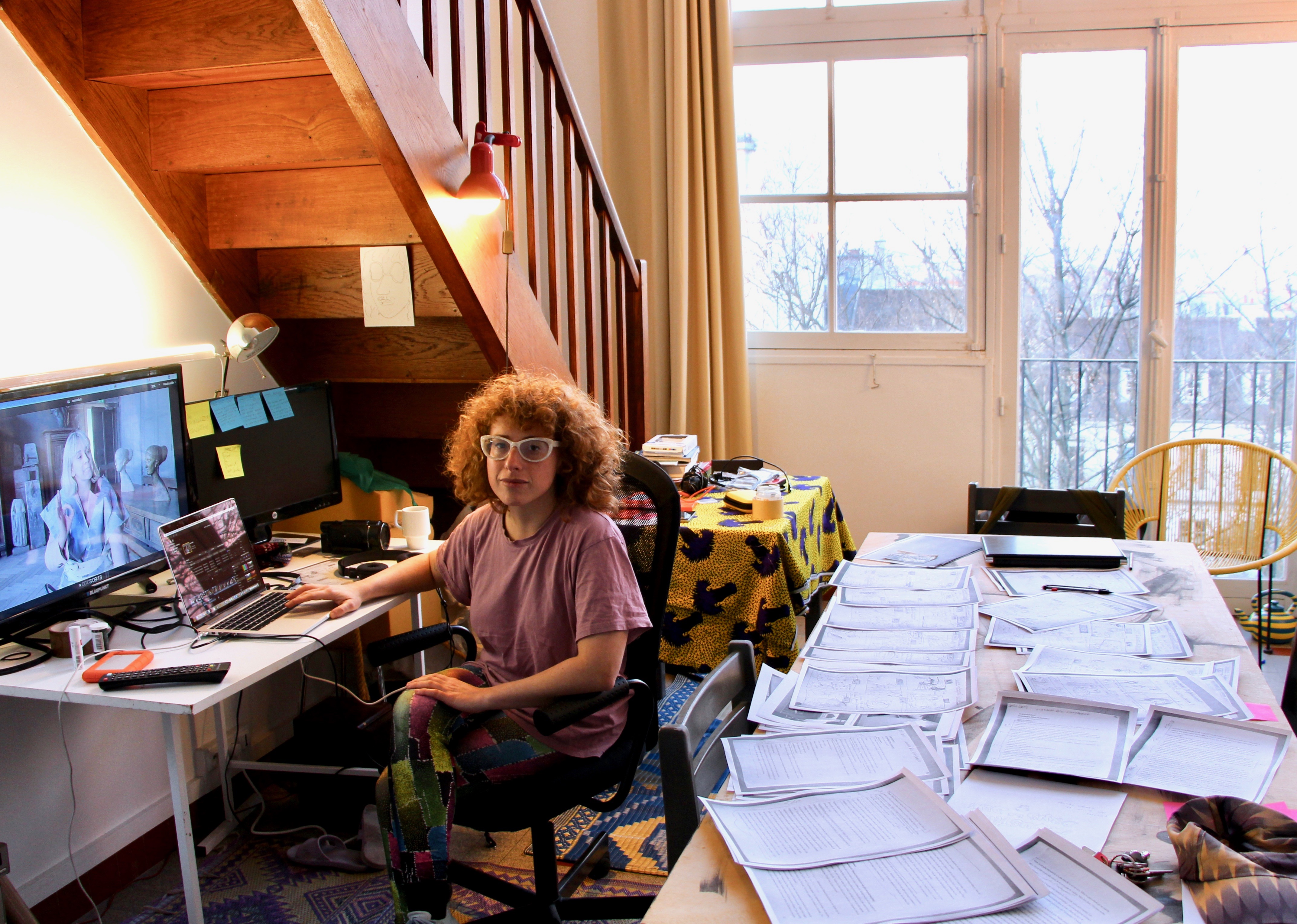 INTERVIEW
What did the residency at the Cité internationale des arts, in Montmartre bring you?
"That's wonderful. It allowed me to have a place to settle down to work, to exist as an artist, to develop a thought and to be connected with the news of a city like Paris. I was able to write in peace and quiet, working in my studio, which was at the same time a place to live. It meant a total immersion in a very beautiful and productive work dynamic; and it is still relevant today."
What are your current projects?
"I just finished shooting an eight-part film about a feminist history of art. I am currently editing and editing this film/series. Then this piece will be presented during a personal exhibition at Villa Vassilief which begins on May 17, 2019, after which I will prepare pieces for the Biennale of Curitiba (Brazil), a personal exhibition at the Centre Pompidou, and a series of performances around the question of inflation as a productive force."
BIOGRAPHY
Liv Schulman observes the way in which contemporary societies alienate individuals and social groups. The speeches that are at the heart of his plays deal with the place of subjectivity within the political space, the difficulty of giving it credit. Thus it shows a real telenovela on television as well as in a museum. It makes us adhere to its theses at the same time as it scuttles them. In the unbelieving belief of its production, to create implies to experience directly a medium, a system, a subject.
Liv Schulman was born in 1985. She grew up in Buenos Aires (Argentina) and lives and works in Paris. She studied at ENSAPC, Cergy, Goldsmiths University of London (United Kingdom), UTDT, Buenos Aires and ENSBA, Lyon.
In 2018, she was awarded the ADAGP research grant from Villa Vassilieff and the Fondation d'entreprise Ricard prize.
She is represented by the Piedras Gallery, Buenos Aires.