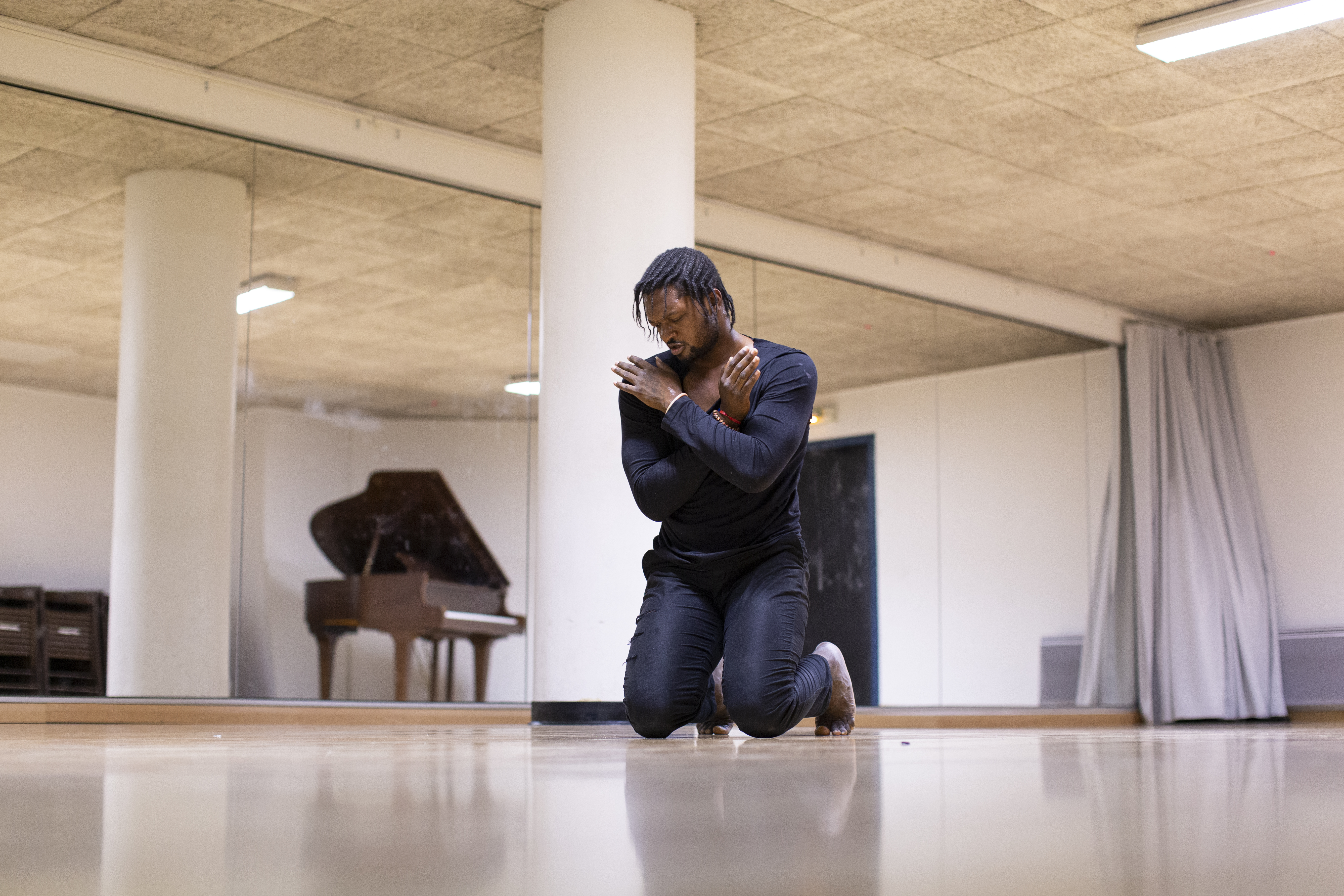 Kady Mpiana is a dancer-choreographer and lives in Lubumbashi, Congo. Coming from the hip-hop and rumba-sebene movement of the 94's, his first school was the street. His time at the Ecole des Sables in Senegal, the AKDT in Libramon and various workshops organized by the Institu français of Lubumbashi and Harlem2arts, marked an important turning point in his artistic career.

For more than 20 years now, he has been dedicating his life to dance. Today, Kady Mpiana devotes part of his time to transmission, historiographical research and dance pedagogy.

Director of the Harlem2arts dance center and of the Bya ma ngoma festival in Lubumbashi, Kady Mpiana wonders about the place of the expression "dance in me to the point of self-production". He has crossed, sowed, experimented, created, searched, exhibited, traveled and is in the process of linking his experiences together.

His residency project at the Cité internationale des arts deals with the revolt of the Gécamine agents in 1944 (place monument Cité Gécamines). He also evokes the consequences of the implantation of this structure on the inhabitants and the politics of the country: "I started from the TCHONDO bridge which connects the city of Gécamines to the center of Lubumbashi, beyond which I observed what I call the concept of abnormality".