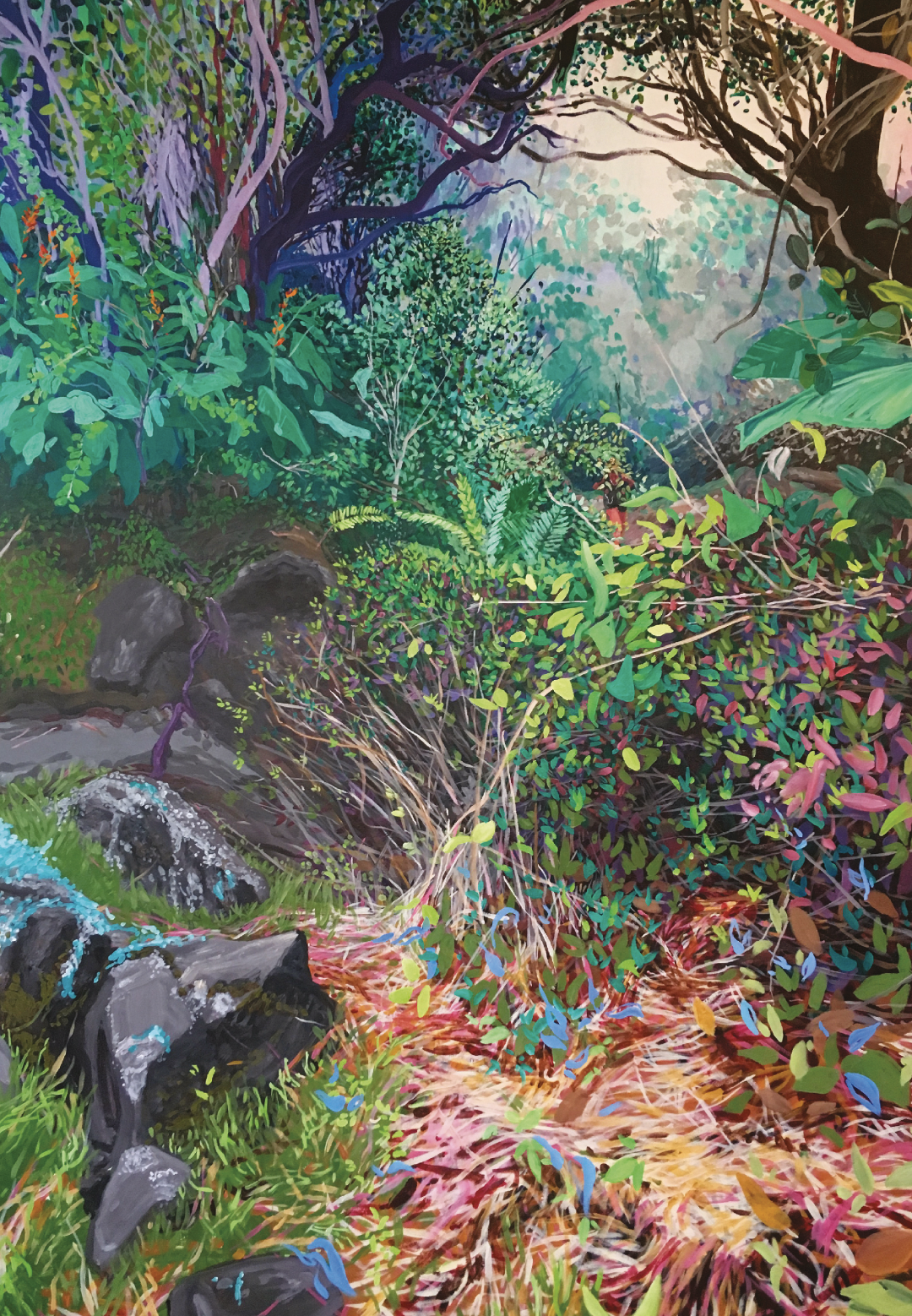 Charles Prime reflects on landscape painting, its tradition and topicality. First quite faithful to the ancient masters who formed his eye, the 17th century French and Dutch, German and English romanticism, he gradually integrated more personal and contemporary elements into his pictorial compositions. His work questions the role of painting in a society where the image is both omnipresent and impoverished.

While representing natural sites, he now focuses his attention on the interaction of characters with the landscape. Using disparate photographic elements, collected or directly recorded, he recomposes scenes of tourism, exploration or even hiking with all their banality.

In his paintings, the place then becomes a witness to an apparently harmless event but one that is sufficiently striking that its real or fictional memory makes a composite image visible. The place, real in the past, imaginary today, is then crossed by stories as much as by walkers. The off-screen aspects of his compositions reveal a "before" and an "after", they initiate a fictional narrative and reflect on the image, its quality, both material and semantic.

Charles Prime (France) is a reicipient of the Visual Arts Committees of the Cité internationale des arts and is supported by the Direction des Affaires Culturelles - Océan Indien de la Réunion.