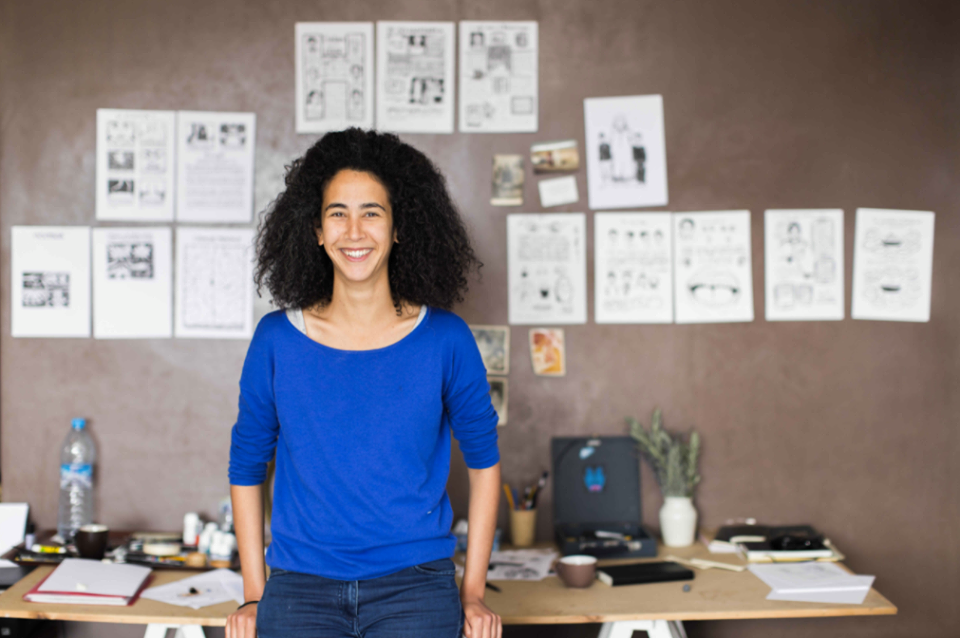 Born in Rabat in 1984, Zineb Benjelloun is an artist trained in fine arts and documentary filmmaking. Since 2013, her practice has focused on drawing and writing.

The forms that her works take are cartography, graphic novels and illustration. Her work focuses on the relationship between the intimate and the collective, and seeks to understand how history shapes us as individuals and societies. By dissecting the everyday life in her graphic narratives, she questions dominant discourses and acquired knowledge.

Zineb Benjelloun has exhibited in Morocco and abroad, including La Gaîté lyrique in Paris, Voice Gallery in Marrakech, Ministerium für Illustration in Berlin, the Cité de la bande dessinée in Angoulême and the Tanit Gallery in Beirut. She designs visual identities for cultural events, brands and associations such as Rock en Seine in Paris, Les Nuits sonores in Tangier or Quartiers du monde in Rabat and publishes in specialized graphic arts books (Samandal in Lebanon, Slanted in Germany, Dyptique in Morocco and Fractal in Mexico). She also leads writing and drawing workshops with children and visual arts schools in her country and abroad.

Zineb Benjelloun has also had the opportunity to participate in several artist residencies including Dar al mamùn in Marrakech, RAW material company under the direction of Chimurenga in Dakar and the TRAME residency program at the Cité internationale des arts in Paris.