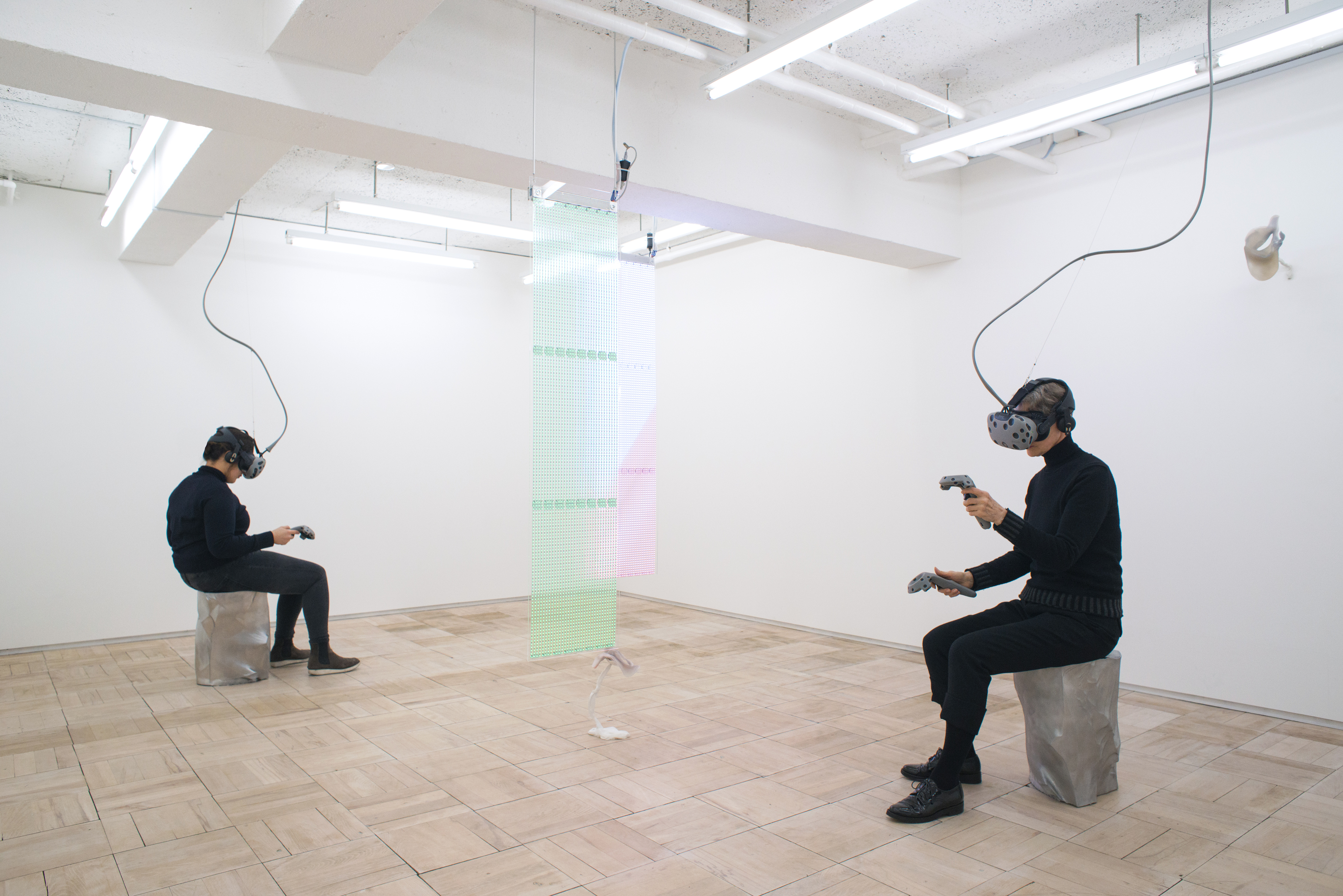 Ittah Yoda is an artistic duo formed by Kai Yoda (Japanese–Swedish) and Virgile Ittah (French-Italian-North African), who alternate between living in Berlin, Provence and Tokyo. Hailing from diverse backgrounds as an artistic duo, they have developed their artistic identity through digitally enabled cross-cultural creative collaborations. Focused on a strong interest in the unconscious, insecurity, and anxiety, the therapeutic relation between Virgile Ittah and Kai Yoda leads to a potential new understanding of the self through re-enactment of the trauma and repetitive patterns of behaviours. Questions are raised such as: Is it possible to fuse multiple unconscious in order to create new collective forms?
Through this collaboration, real and virtual forms are created that attempt to connect with an archaic heritage of humanity, and a collective unconscious universally present in an individual’s psyche. They seek to develop primitive models through forms non-existent in reality to a collective experience, irrespective of their origins in the context of a contemporary multicultural society. By highlighting the performative dimension of their installation through the active participation of the public, Ittah Yoda attempt to create a new reality under a rhizomic network of connections between the work and the viewer, bridging the virtual and physical realities, forming new landscapes and the world to come.
Recent residencies include the VR Incubator residence with Sws and Format C in Podstrana (HR). Recent exhibitions include Body alights – a fragmented memory (solo) at Sprout Curation in Tokyo (JP), Augmented Sunrise Beneath The Skin at Gr_und, Berlin (DE), European, Foreign & Domestic at Averard Hotel, London (UK), Lightness at White Rainbow Gallery, London (UK), and I think mango you say salmon (solo) at Annka Kultys Gallery, London (UK).