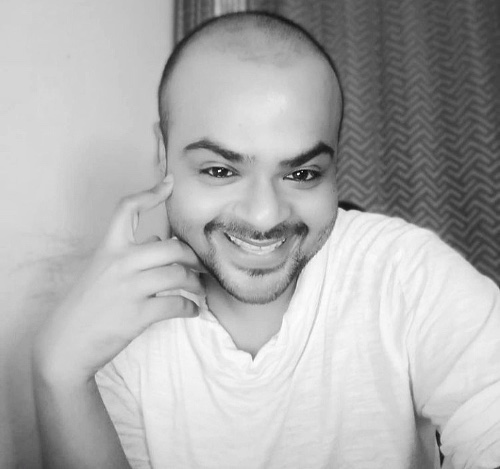 His documentary work engages with oral and anthropological histories as well as artistic practices of communities under political, social, or existential conflict in India and the region.

Tushar Madhav received his formal education in film production at the AJ Kidwai Mass Communication Research Centre, Jamia Millia Islamia University in New Delhi and began his career in documentary practice in the fevered territory of Kashmir, which brought out his first film Soz - A Ballad of Maladies (2016, India). The film explored the decades-long Indian military occupation of the region through its musicians, poets and artists.

He traveled extensively across international film festivals, cultural institutions and universities. He has won notable awards such as Best Film at Film South Asia, Best Documentary at IDSFFK and the National Film Award of India for Best Debut Director.

As an editor, he has worked on award-winning non-fiction films and series on subjects ranging from enforced disappearances in Kashmir, endangered handicrafts of the Himalayas to proliferating hip-hop cults in the suburbs of Mumbai. Besides filmmaking, Tushar Madhav also creates podcasts for queer networks and conducts film workshops at universities and colleges in India.

In 2017, he began work on Another World - a mixed-media documentary project based on the life, art - and death - of indigenous Indian painter Jangarh Singh Shyam (1962-2001).

A recipient of arts research fellowships from India Foundation for the Arts (Raza Foundation), and a documentary incubator fellowship at the Uniondocs Center for Documentary Art, Brooklyn NY - Tushar Madhav's project traverses the material and spiritual journeys of the deceased painter whose participation at the controversial exhibition Les Magiciens de la Terre at Centre Pompidou in 1989 catapulted him towards creative recognition as well as exploitation at the hands of the global art market, eventually isolating him into desperation and suicide. Tushar Madhav is directing and producing the documentary film and building an online digital archive of Jangarh Singh Shyam and his creative legacy.

The project is a study of the fetishization of indigenous cultures in the contemporary art market.