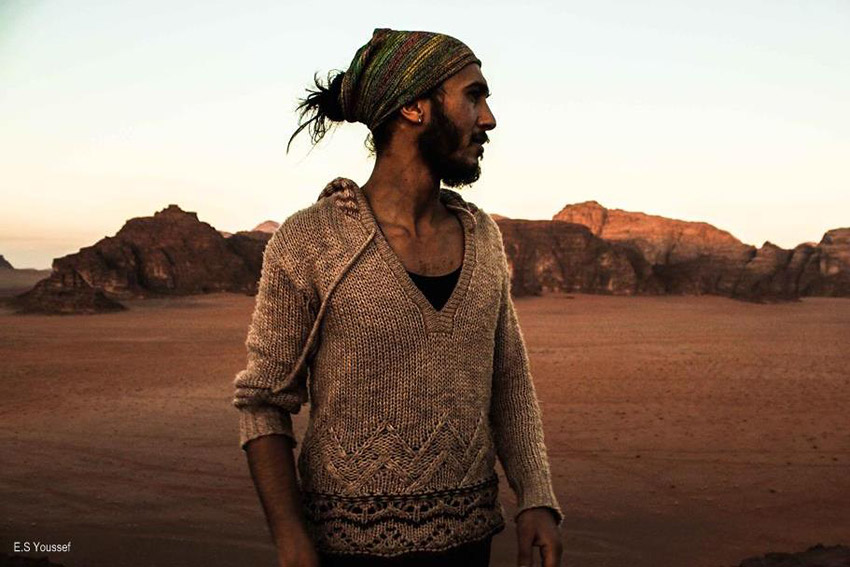 Since 2016, he has released the album KING GHAZI with Gilb'r on Versatile Records, which they played together the first DJ/ Live set at Festival Nuits Sonores 2017 in Lyon. New tracks are in progress.  In Paris, he performs at famous clubs (La Machine, Garage, Communion, Le Point Ephémère, Petit Bain, Le Badaboum, Le Mellotron) and is preparing now his Live Act. Developing collaborations abroad, he is also a Dj resident of ENDLOS crew in Germany (Feel Festival, Artlake) and performs regularly in Berlin or Istanbul.

Inspired by the atmosphere of Wadi Rum, the desert of his home country Jordan, his DJ set - Arabic Techno Sound - is a hypnotic mix of traditional Middle Eastern music and electronic tones. He has founded the Sa7ra-oui electro party in october 2016 (2nd edition in oct 2017) in collaboration with the Bedouins and prepares also a big event there for spring 2018, the Wadi Rum Electro Festival.