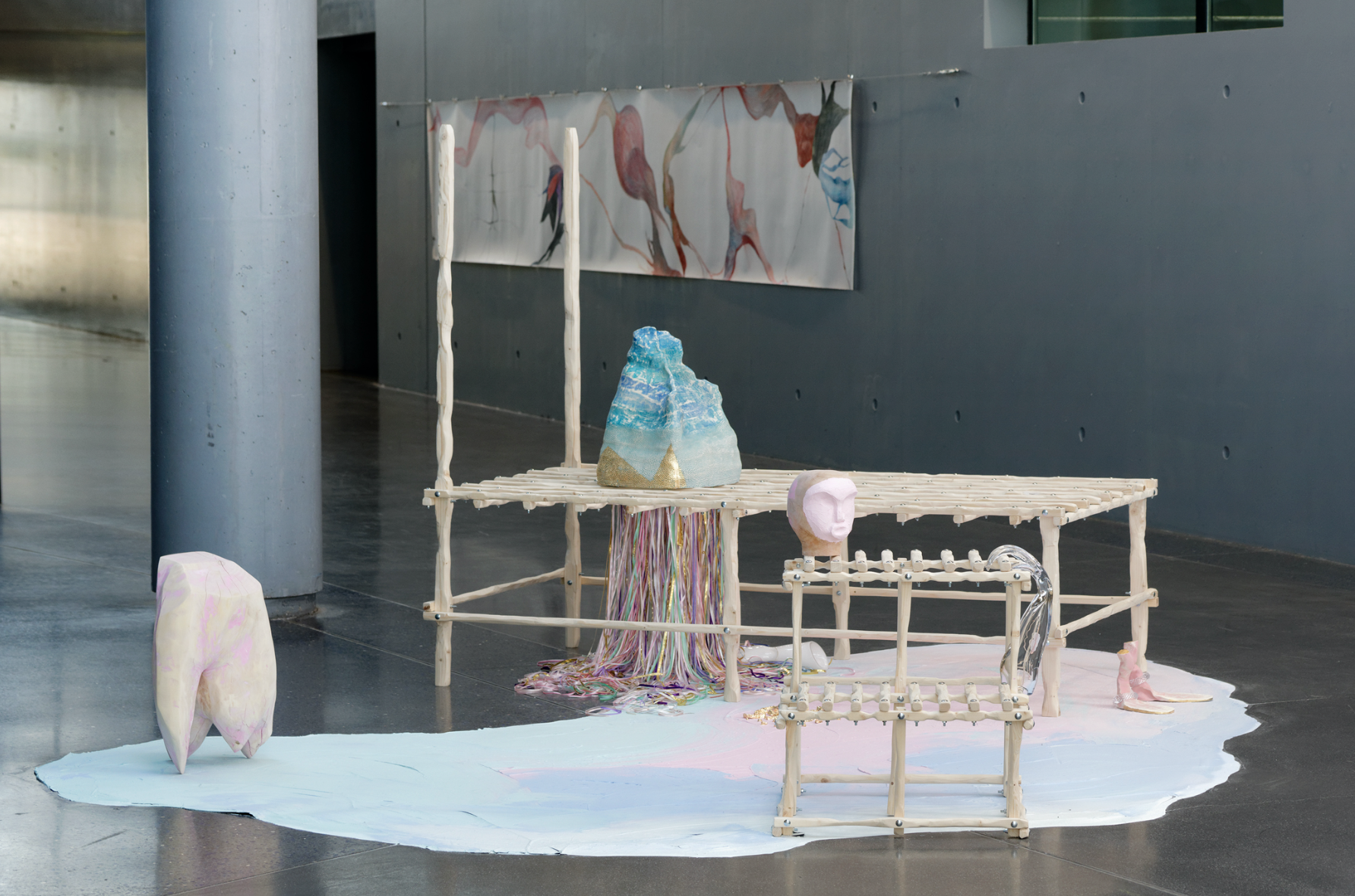 "Artist of displacements, Romuald Jandolo delivers a discontinuous vision of the world and its oripeaux, through installations, sculptures, photographs, videos, drawings. An approach nourished by cults, superstitions and mythologies confers on his work, as if wrapped under a veil of Madonna, the ambiguity of a parade that would play in a church. These "circus situations" - popular side of the forms of Total Art 1-, characterized by the multiplicity of supports of representation and "the indeterminate within the action", indicate with accuracy a practice in permanent search of balance in the abundance and heterogeneity in the references.

The artist's installations thus form landscapes with an immediate hold, whose stakes are understood after the event. White Scalps (Scalps, 2013), red thorax (Thorax, 2017), ex-voto stomach (Avant que l’ombre ne passe, 2015), female underwear in survival blankets, hung precariously above the golds of the Republic of the Constitutional Council (L’arbre qui cache la forêt, 2016), constitute a vocabulary imbued with ambivalence, between vernacular forms, bright colours, wet preciousness of ceramics, shimmer of gildings, impurity of the subjects. Festin (2012) is the "trapboard" of a dining room or bedroom scene: golden instruments of feasts and onanism placed on black quartz like in a vivarium. The rites exhibited in this way, prayers or celebrations, assign symbolic gures of women - Madonnas or Marianne - and communities to the celebration of life in the presence of death under its clown or monkey mask (Le zoumia, 2017).

Without borders between the intimate sphere and shared space, from room to scene, Romuald Jandolo's work admits everything as representative, since everything comes together, in a practice of assembled fragments where the works are worth for themselves or within devices catalysts of impulses of love and death."