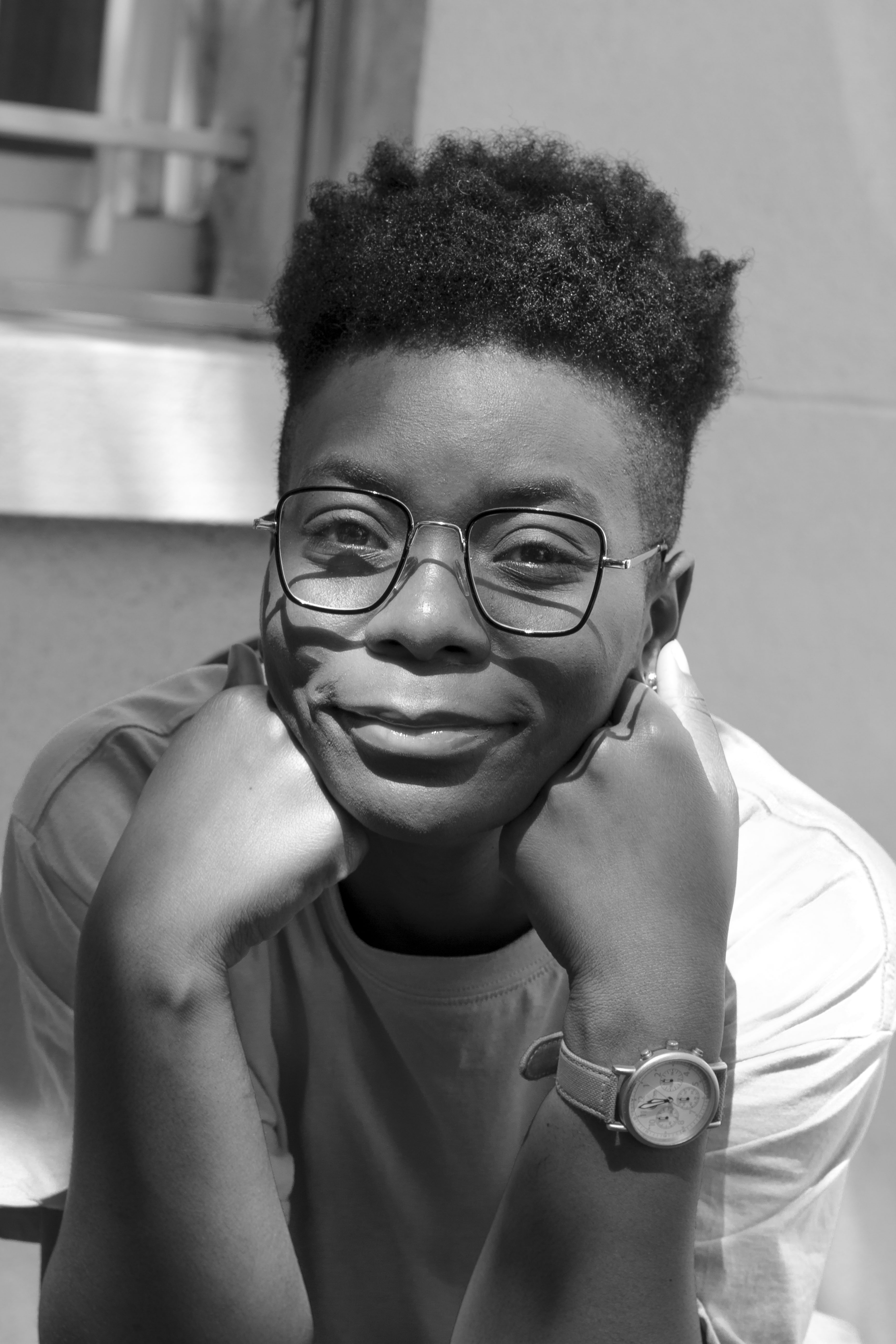 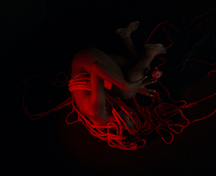 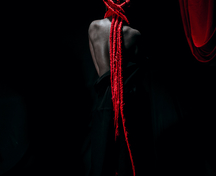 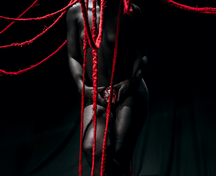 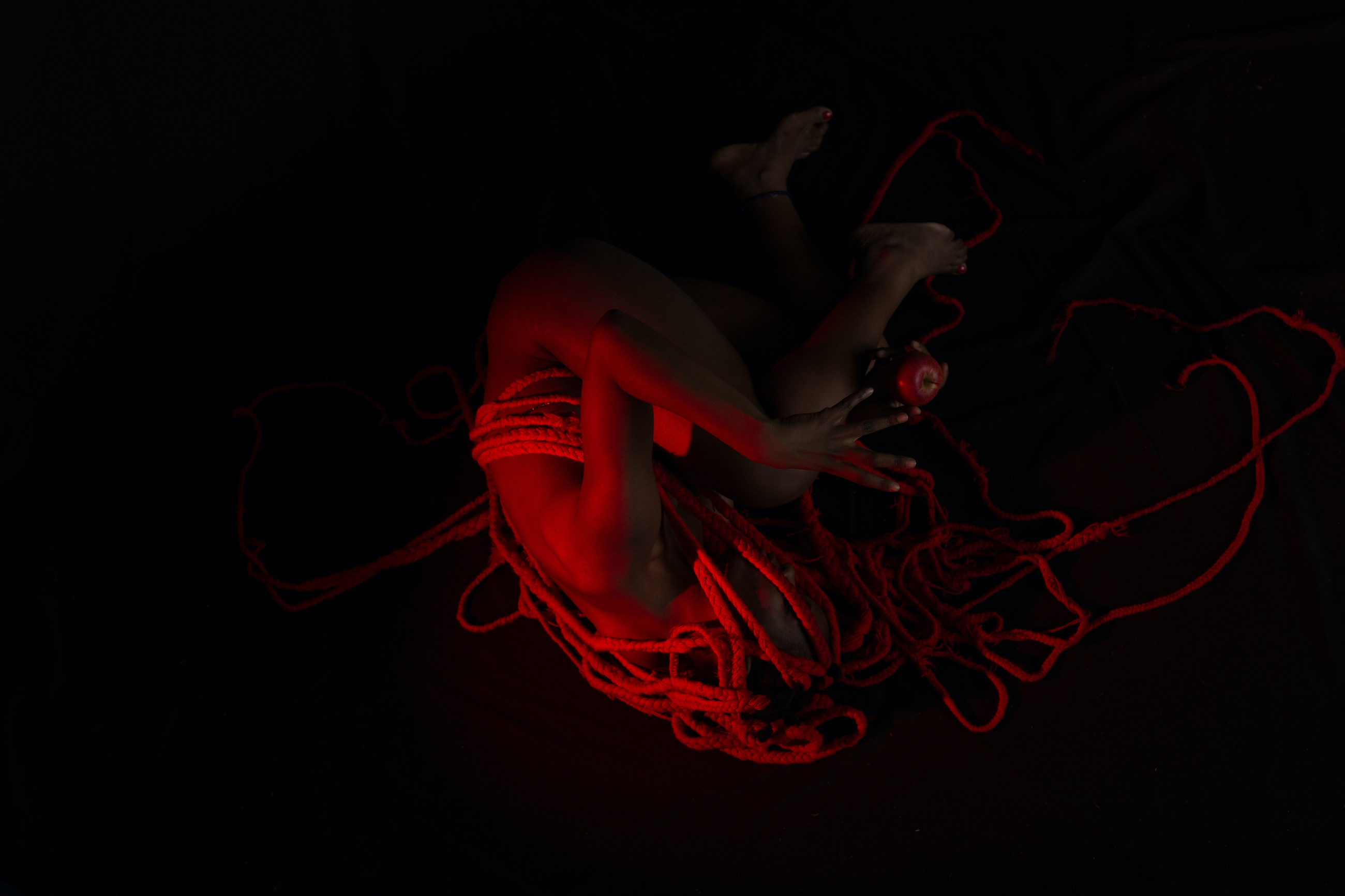 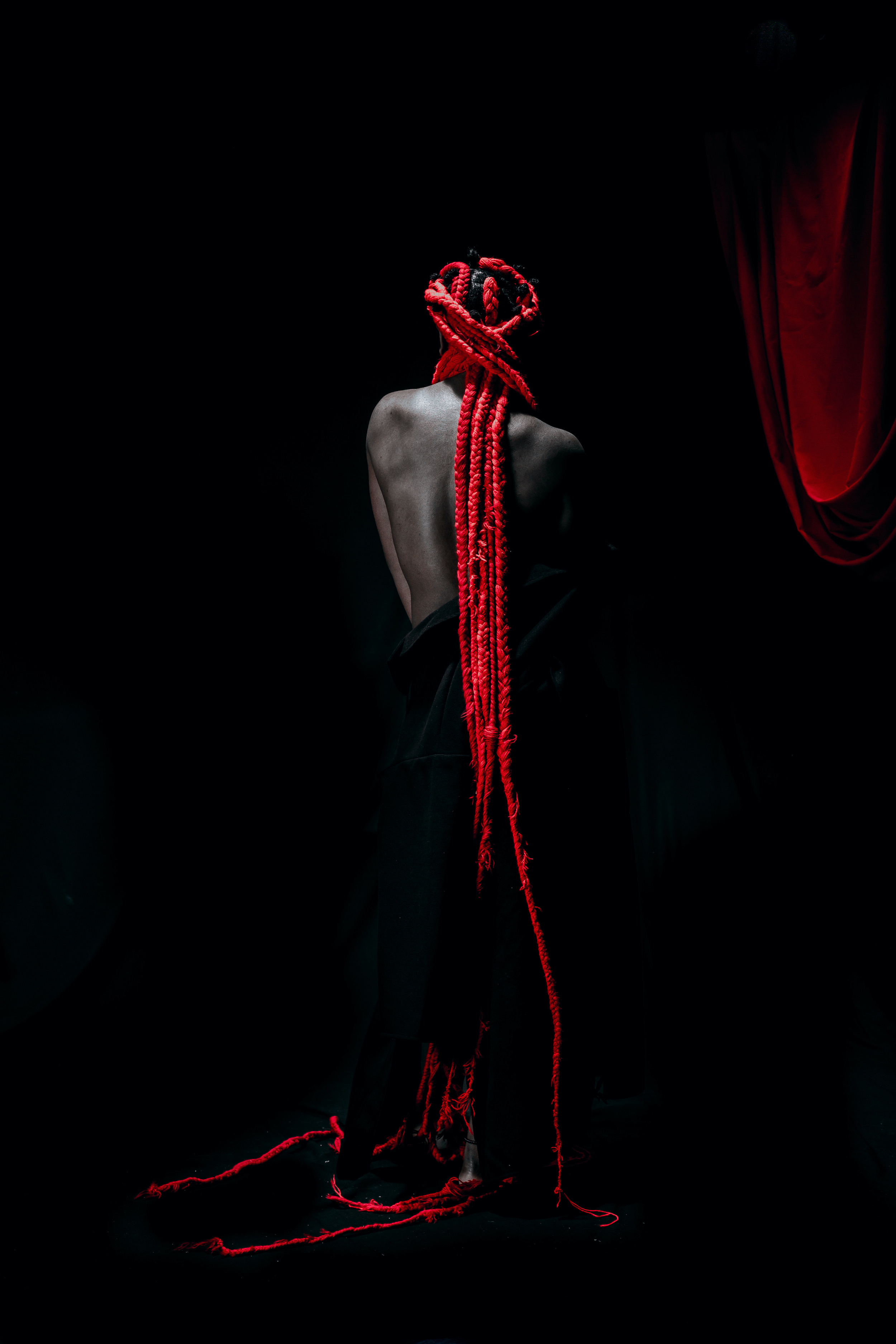 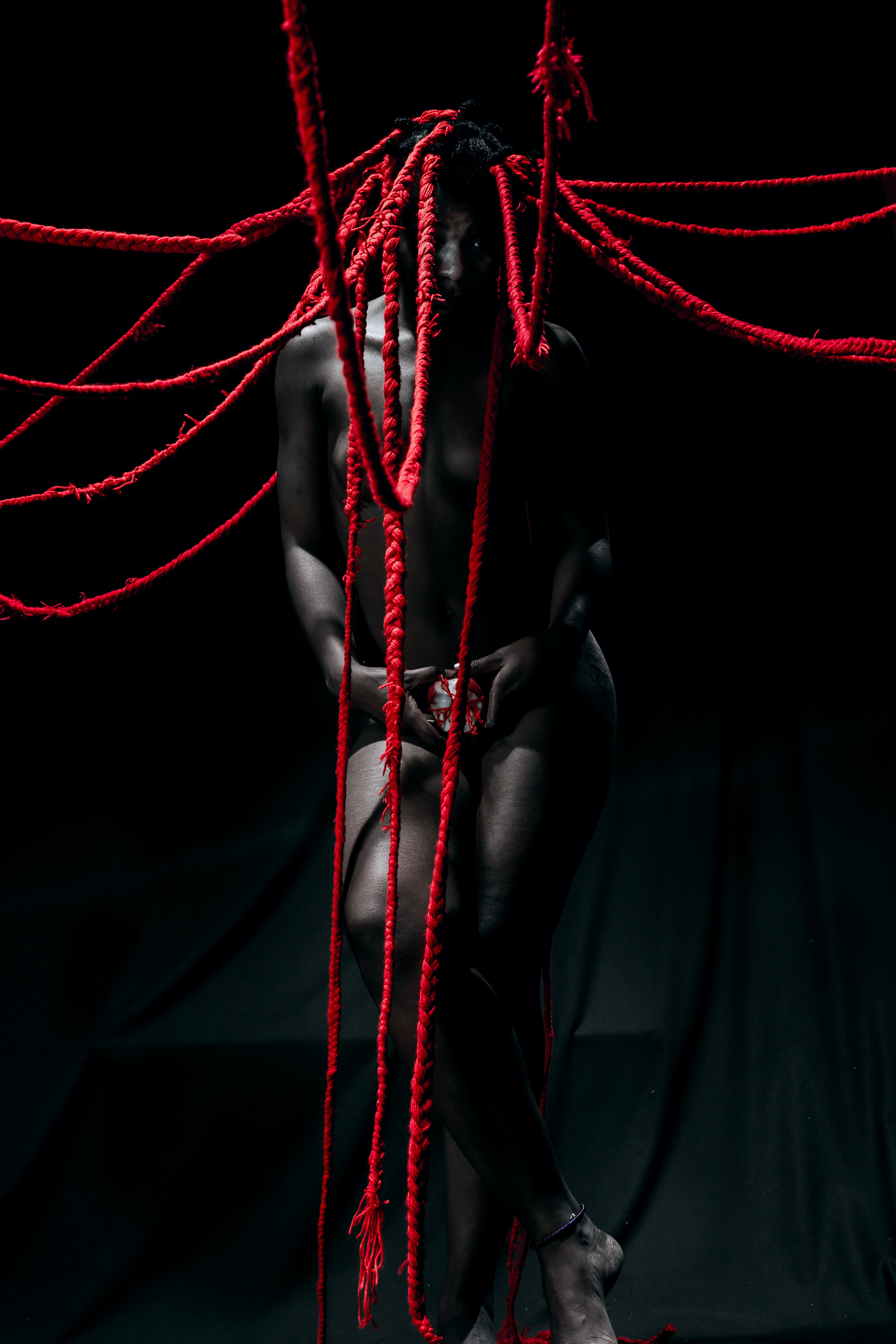 Pierre-Man's is a Congolese artist who lives and works in Congo.

Photographer and performer, Pierre-Man's main subject is the body.

Through her works, this young multidisciplinary artist chooses the conditions of her vision. Photography can be a medium that reveals her body, which she ritualises and stages to confront the reality of a troubled existence. Her world is predominantly red and her anger recalls a certain violence of the world. Over the years, she has developed her own visual identity with an increasingly present textual heritage and has tried her hand at various artistic experiments, including performance art.

Contemporary African artists seek an image where the place of the subject is central. Witnesses of their time, they exhume a long-kept secret narrative that we try to keep under silence. They assemble memories and memoirs that can lead to transformation and liberation. In the performances of the artist Pierre Man's, the aesthetics of the body becomes calligraphy in space. She takes up the registers of a traditional culture that she revisits and denounces existing social realities from which Congolese society suffers, bringing her subjects to sexuality, to the body, to the woman facing society and questioning.

Pierre-Man's art is a reconstructive therapy, a resistance that aims at resilience. Every gesture counts. She creates the plastic elements of her stories and the intention to carry the body, to reveal it by the requirement of a staging shows how art that is exposed is a "serious" and critical thing from one context to another, from one world to another.

Sous les jupes (Under the skirts)