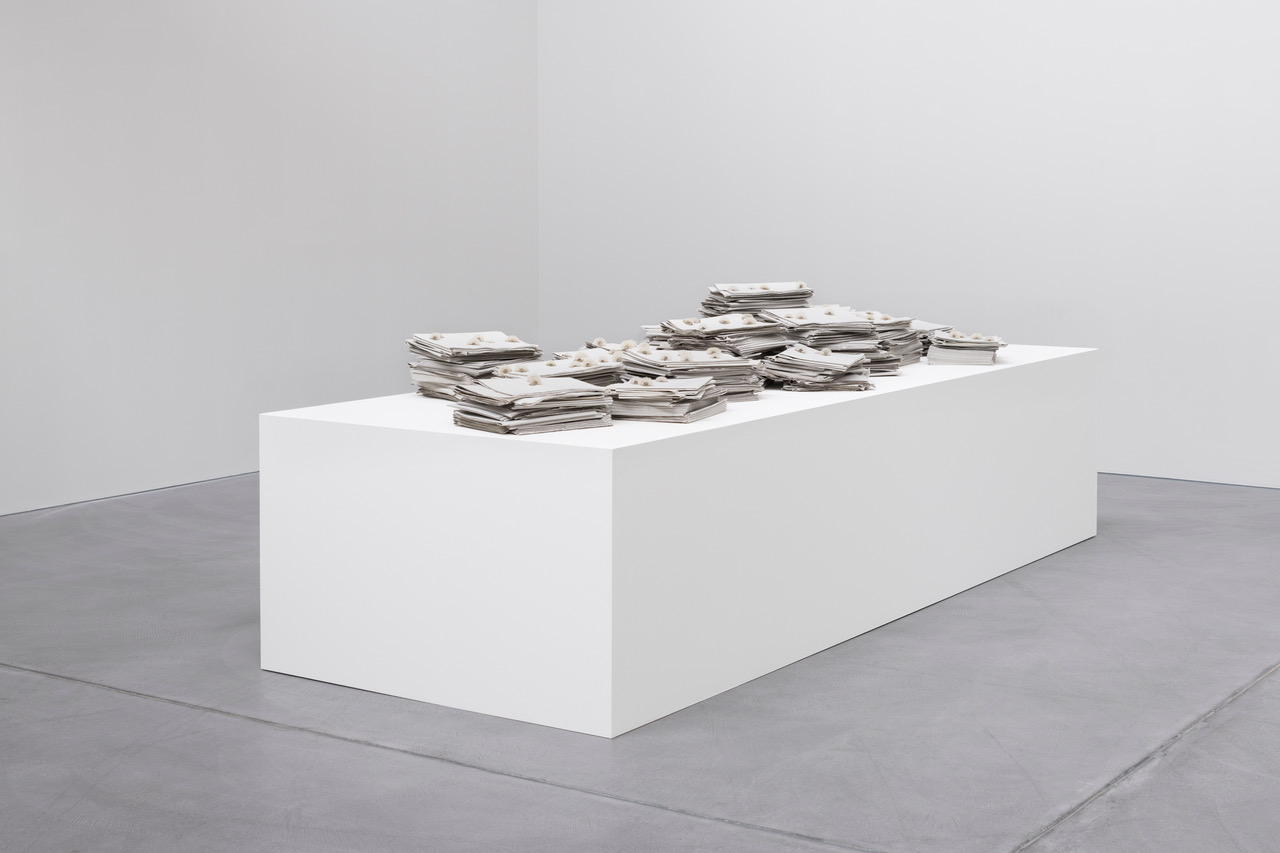 French visual artist, Perrine Lievens was born in 1981 in Aix-en-Provence. This former student of the École nationale supérieure des beaux-arts de Paris currently lives and works in this city where she has completed her studies.

Perrine Lievens' works propose to explore the poetic resources of our daily environment. The artist studies the sensitive qualities of certain natural elements, then brings them to light through minute plastic and conceptual displacements.

The intrinsic fragility of these elements often exposes the artist to real technical challenges, even utopias that she strives to make tangible, by borrowing for that from the crafts, the gestures of a concrete meticulousness.

Perrine Lievens would like to present here her work Les Mondes vierges (image on the left).

Les Mondes vierges, installation realized in 2017, was born from the fortuitous meeting of the newspaper Le Monde and a field of dandelions. The installation presents an unprinted edition of the newspaper in which dozens of egrets are inserted in such a way that their appearance and arrangement suggest that they could have developed there.

The many plastic affinities between the two materials offer the viewer a subtly surreal experience, whose apparent quietness is however undermined by the fragile balance that composes it. In doing so, the formal sobriety and the reverie that emanates from it question more widely our sensitive relationship to the world.

During her artistic career, she received the International Takifuji Prize and the prestigious LVMH Prize awarded to young artists. Her work has been shown at the Istanbul Off Biennial and at the Mariscal Andràs A Caceres Museum (Peru).