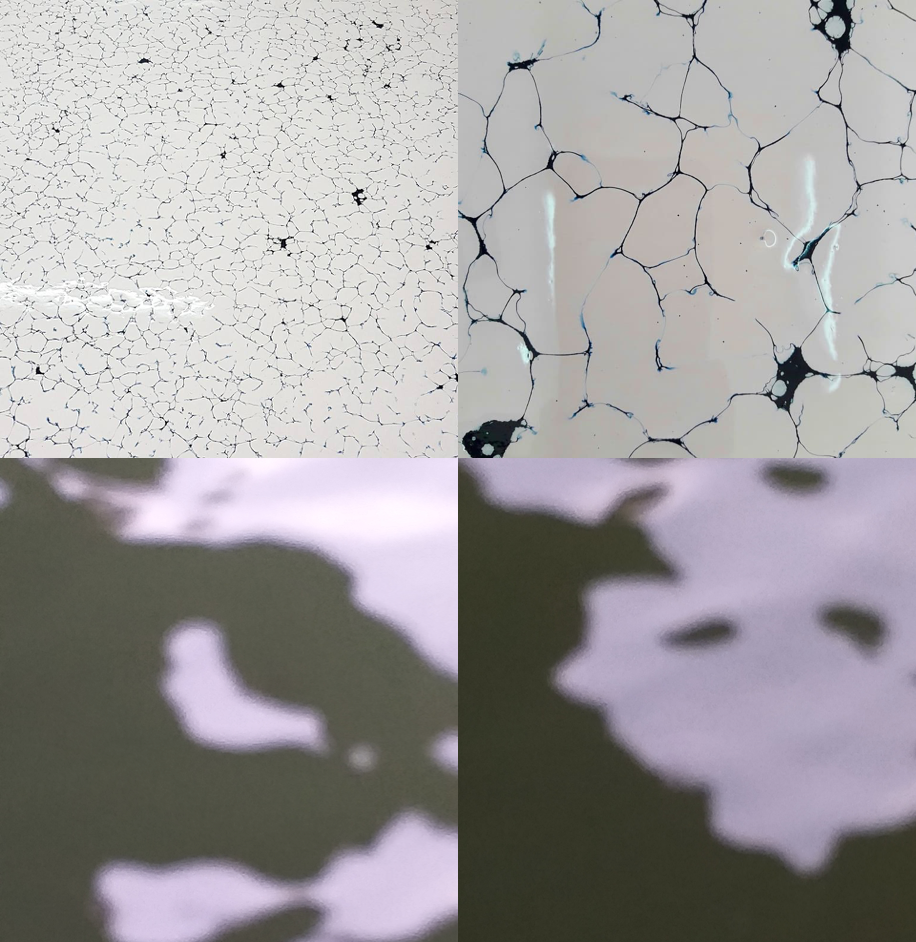 For her open studio the artist Ana Vila works on a dialogue between a serie of pink enamel paintings and some registers of observations in the water of the sena. She parts from processes of work that she calls Enamel Reasearch and Drying processes, which have origin in painting itself as a specific fact. Painting and its drying times between the liquidity of the material and the final solidification of the surface, become an axis for the development of her practice.

She uses the visual movements of the lights and sounds in the water of the Sena, producing links with the history of painting in Paris. Ana works for first time with a French industrial painting as a continuity of her Enamel Research process. She seeks to return to see the elementary properties of matter from small gestures, as well as the uses and resources of painting -both in a historical sense and in a more exploratory one. Ana does an estocastic repetition of a singular and comon process; showing small mutations between pieces, micro-movement, leaks,gradients. Each piece shows its own presence.

Ana Vila (Argentina) is in residence through the Visual Arts Committees of Cité internationale des arts.

A Place Nobody Cares About