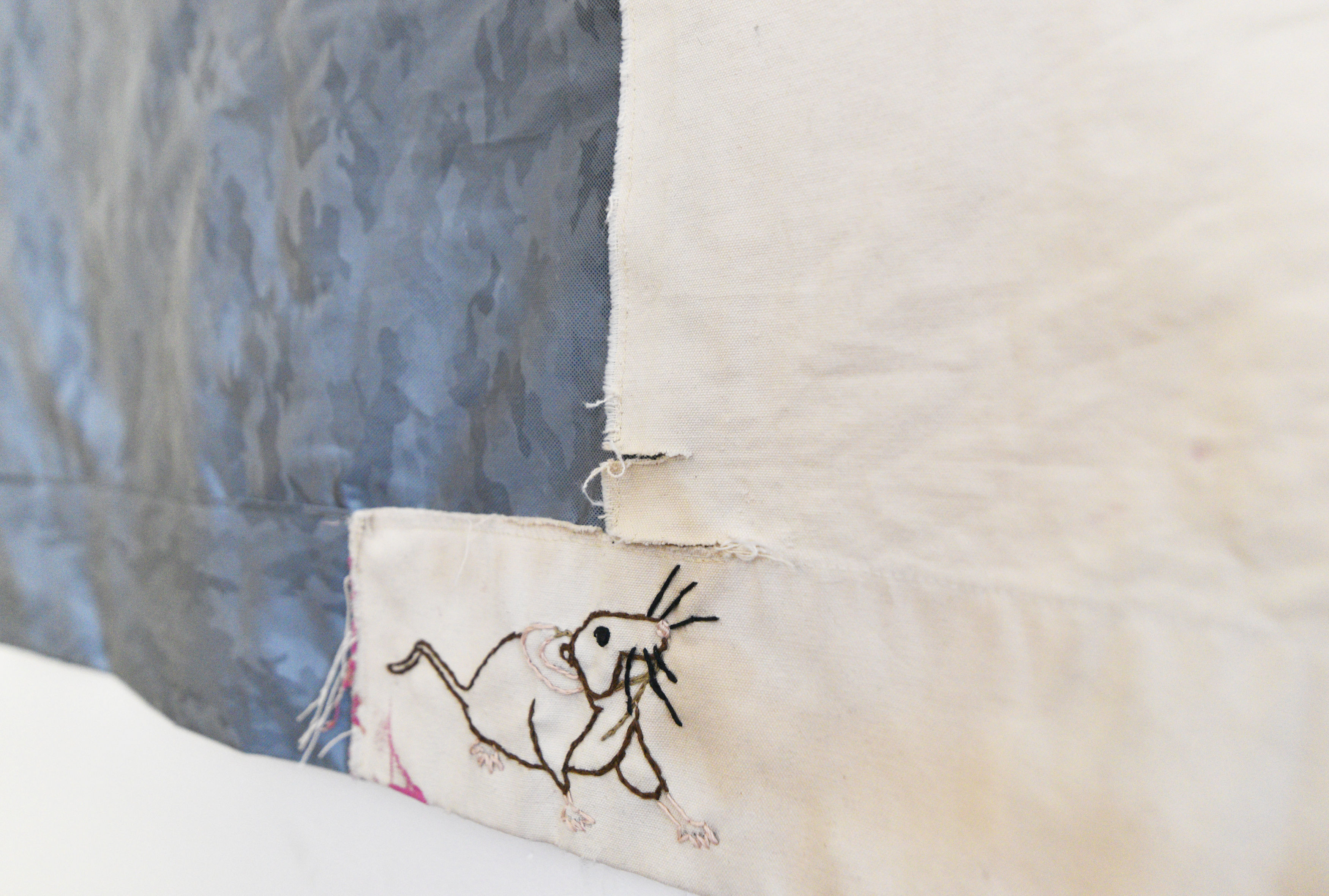 The artists Ada Marlies Joyce Cooke and Dominik Rinnhofer, at the invitation of Hannah Cooke, give an overview of their work.
Some of the works are freshly inspired by the Cité internationale des arts and the logical continuation of their later work.

Ada Marlies Joyce Cooke acts intuitively and spontaneously. Finger paints on canvas, chalk and markers on large sheets of paper invite us to question learned ways of seeing, thinking and behaving and to return to a naive frankness through her life-affirming spontaneity.

In her work Aesthetic Mobiles, Hannah Cooke deals with the virtual subculture of the Otherkin. It is about people who perceive themselves as non-humans but as beings, as elves, wolves or even disembodied constructions like glitches and galaxies. The second part of her work deals with the impressions Hannah Cooke gathered during her stay in Paris. The existing structure of the studio-housing 2051 of the Cité international des arts becomes the image carrier of her memories.

Dominik Rinnhofer works with projections and installations in space. Projection mapping and synesthetic experiences are part of his repertoire.
As a continuation of his work on Watertracks, he shows projections on water surfaces and the resulting distortions of reflection.

Hannah Cooke (Germany) is in residency at the Cité internationale des arts through the programme of the Ministry of Science, Research and Arts of Baden-Württemberg.