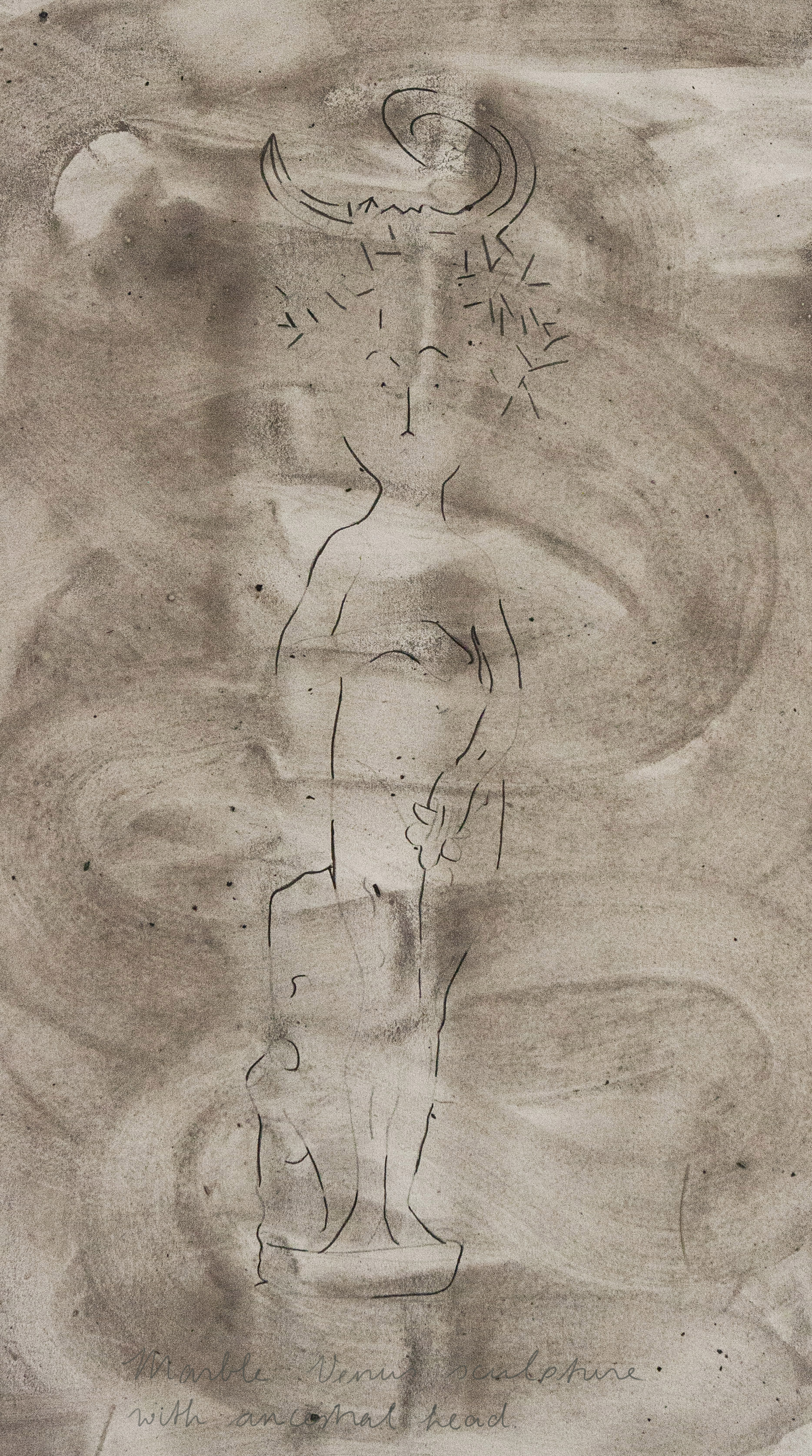 Naro Snackey is an artist who works in different media: painting, sculpture and installation. In her work, she shows her fascination for identity building, based on the personal history of people of bicultural origin.

Observing and navigating through the architecture while walking in the city centre and suburbs. Engaging with street life, visiting the collections of historical and ethnic art museums. Then bringing these images back into the confinement of the studio environment using ash, burned coal and ink to create layer-by layer images that appear, disappear and reappear.

The drawings combine several periods and cultural spaces. The objects in the museum's collections are visually adapted to rewrite their stories, their symbolic and material meaning. The futuristic and suburban architecture of the 1960s is combined with objects normally used in ancestral worship rituals and in the human relationship to the universe. To open up for a more natural and mythical public space.

Naro Snackey (Netherlands) is in residence at the Cité internationale des arts through the Mondriaan Foundation's programme.