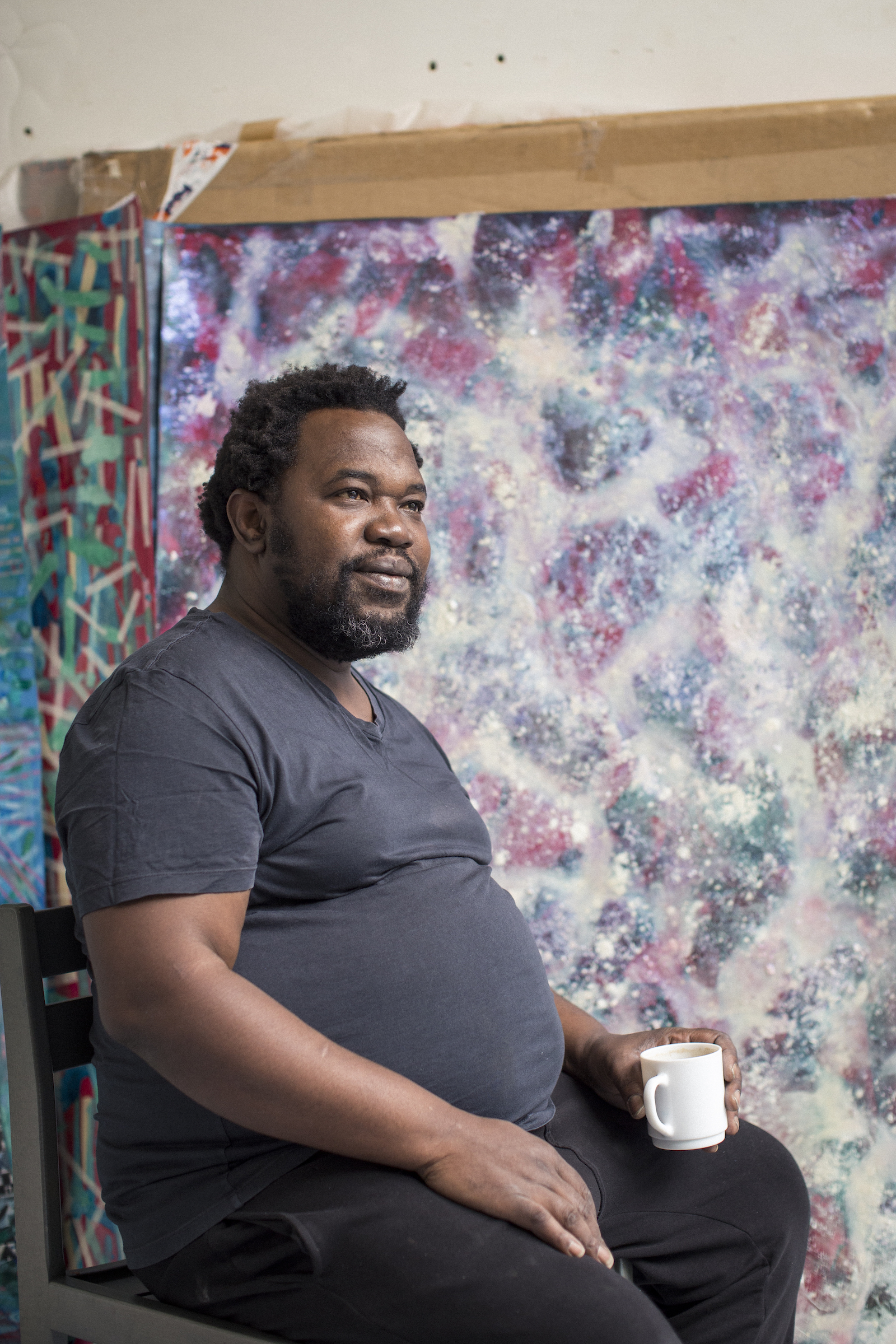 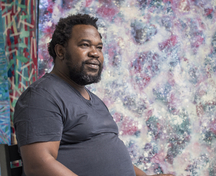 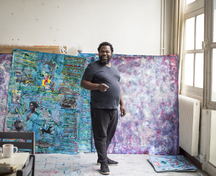 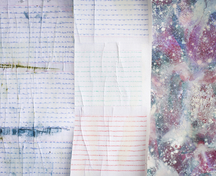 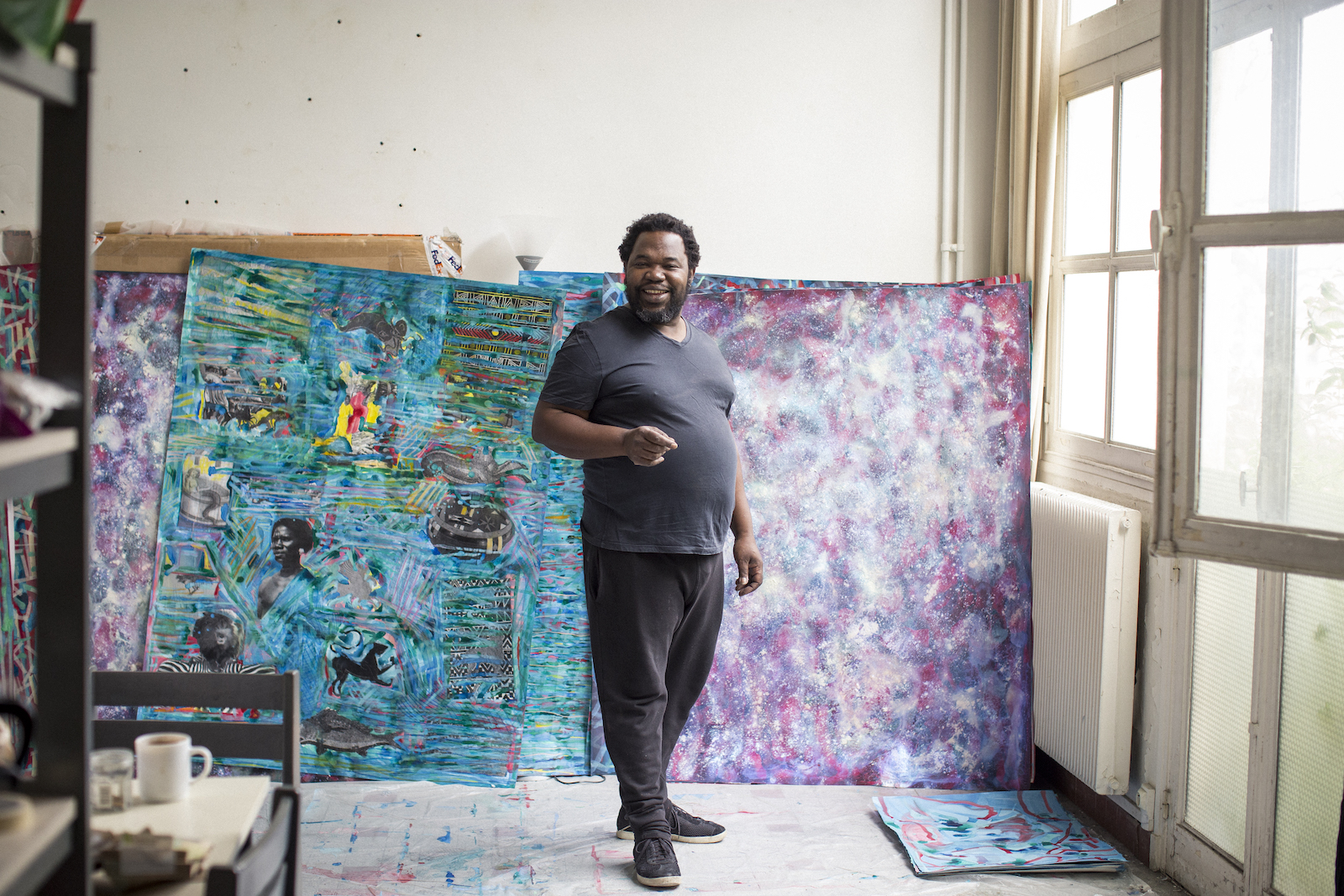 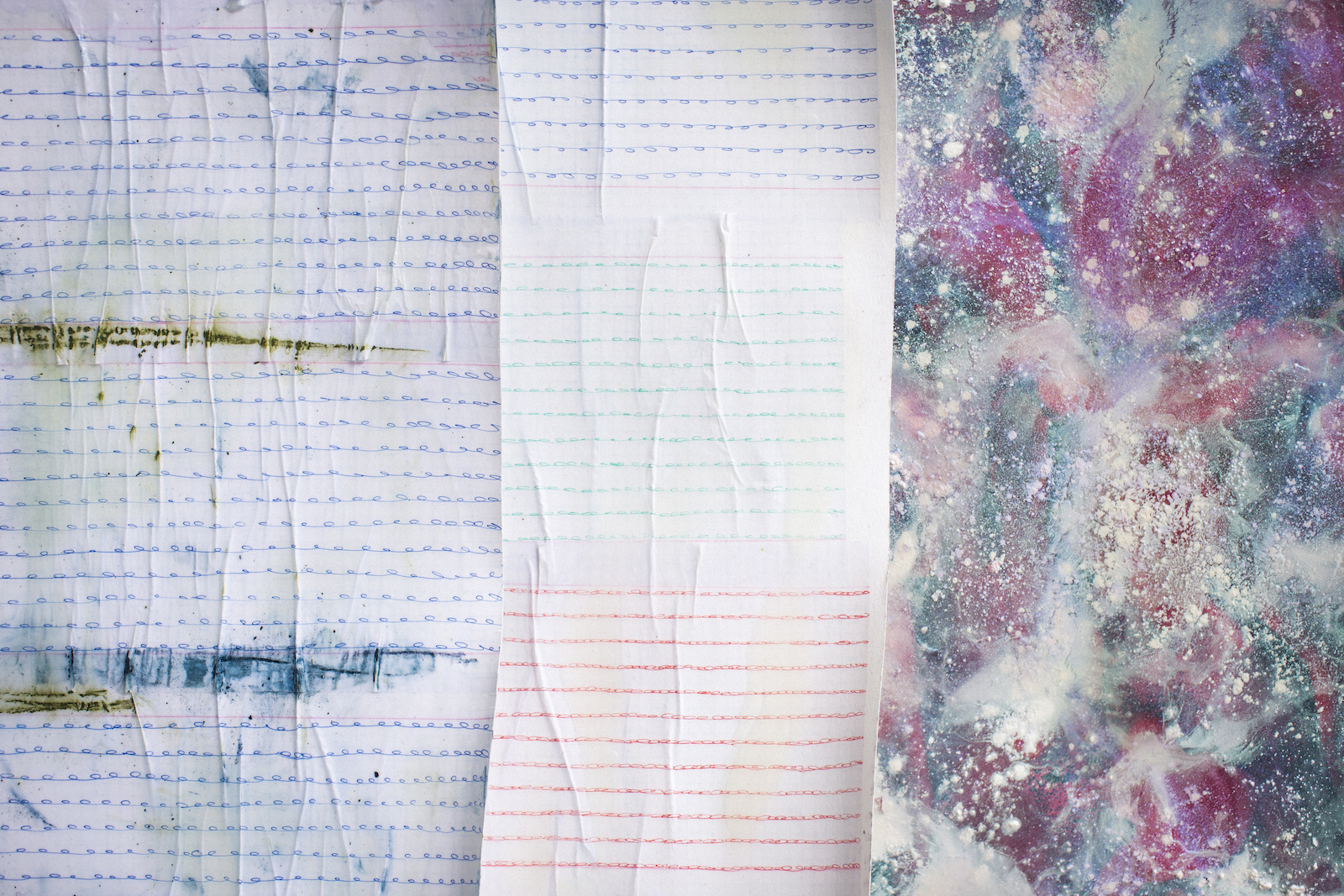 A quick overview of your career path before being in residence at the Cité internationale des arts?

"Before I arrived at the Cité internationale des arts, I was on a prolonged family visit to South Africa for a period of ten years. Upon my return to Amsterdam, I did not have a place to work and continued to wonder if being an artist is what i would like to do. There was a strong  drive to continue to do things regardless of the fact that I did not at that time have a programme. I felt compelled to continue drawing, painting and making things regardless of what would happen to them.

There came a time when I was granted a stay at the Cité, which gave me a calmness and a possibility to refocus on my practice. In that time, I started to get into dialogues with other artists, writers and exhibition makers. I got involved in a series of projects including a two person show at the Kadist Foundation in Paris, in Lille 3000 in Lille and also and group exhibition at Foundation Louis Vuitton in Paris.

I was able to  prepare work for my participation in the Dakar and Berlin Biennale both in 2018, and  also was able to make work that led to solo exhibitions at the Stevenson Gallery in Johannesburg and Blain Southern Gallery in London. I was once more in the public  eye, but was able to return to the studio to reflect on what my works meant to me and why i keep doing it.

My residency at the Cité internationale des arts has allowed me to develop my network through numerous professional visits in the studios.

Because I feel grounded in my process once again, I was able to start conceptualising a passive school and emergency clinic for any other artists while I am engaged in my own practice. This will most likely take place in Johannesburg."

What changes and developments in your works are to be noted thanks to the residency at the Cité internationale des arts in Montmartre?

"Since I arrived in my studio on the Montmartre site, I have been able to elaborate my work.

It has not become sieved; it has become more layered, intense, elaborate and more considered. I have managed to recover some of the motives of works lost in a move of artworks along time ago. I am able to incorporate figuration as well, something that was difficult to do in the recent past because it was so confrontational. The collage works and the paintings are allusive and multi-layered.

I realise the distance I have travelled to get here (time and space) and sometimes would like to return, but to where I am not sure anymore. I think my works evoke notions of separation, longing, desire and belonging, but also the comfort of being far away and left on one's own for these reasons.

Looking at my works, I now see three separate parallel developments; the love letters composed of scribbles and swathes of water bodies, the consideration of everyday life and it’s mappings. The third being texts and sketches of new works and forays.

Being here has enabled me to immerse myself in my work. It is the last thing I see before I turn off the lights and the first I see in the early morning light.

The studio is a quite space on the hill on Montmartre, but a few steps down it teems with indescribable lives and so many other realities. I am glad of this contrast because I return, distill my experiences and make new connections between my past that spurs me and the present which I look upon with wonderment.

I have come to realize that the works are not isolated incedents but are informed by fleeting moments, both current and remembered."

Moshekwa Langa was born in 1975 in Bakenberg, Limpopo, and lives in Amsterdam. He studied at the Rijksakademie van Beeldende Kunsten in Amsterdam in 1997-98.