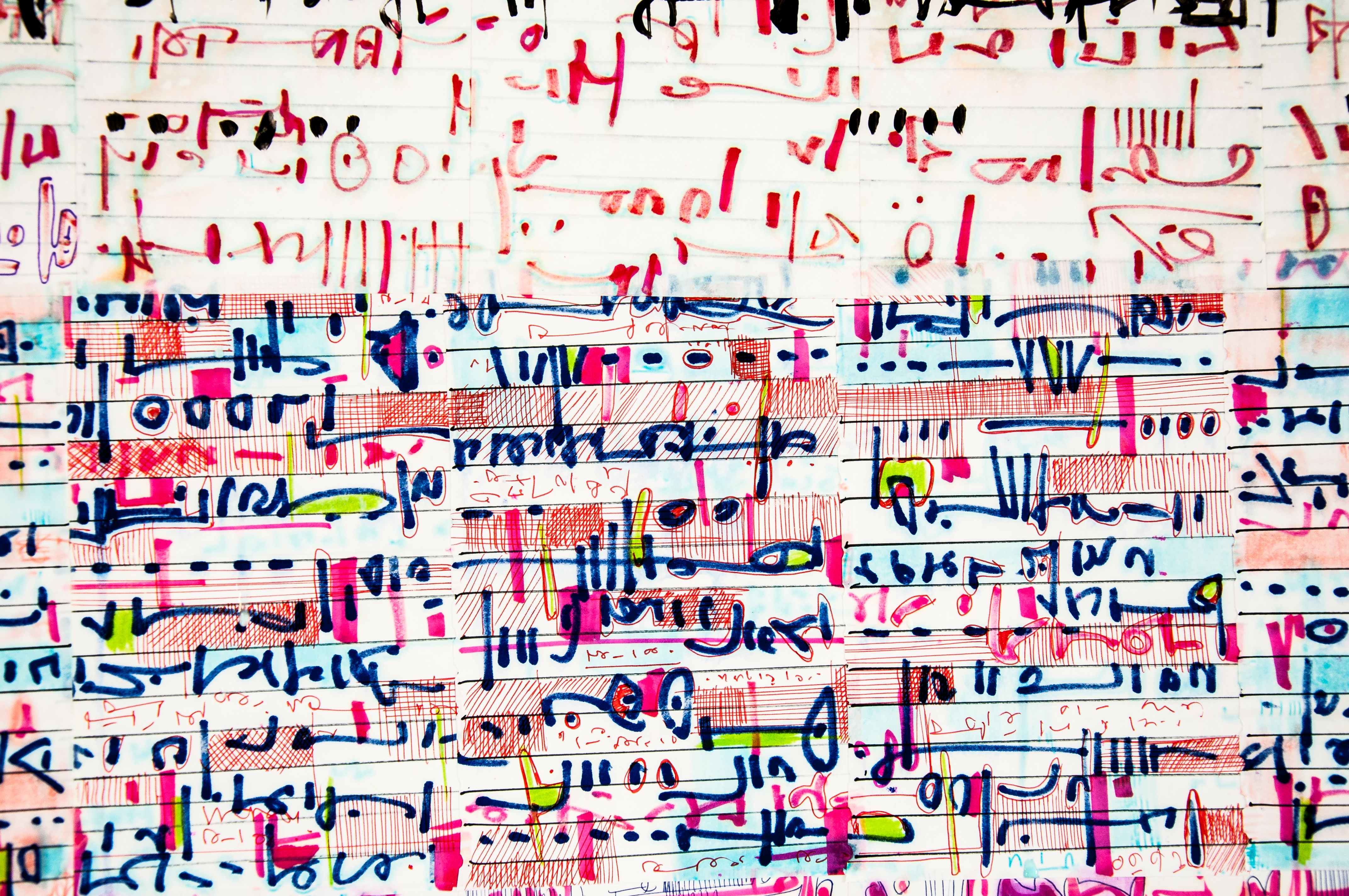 Mbaye Babacar Diouf (born in 1983) graduated from the National School of Arts of Senegal in 2007 and holds a Master 2 degree from the Higher Institute of Arts and Cultures of the Cheikh Anta Diop University in Dakar. He is one of the most prominent young Senegalese artists of his generation. After receiving several national prizes, he has won silver medal at the last Francophonie games in Abidjan in 2017. His works have been presented at various international exhibitions and fairs, such as Art Paris Art Fair, 1-54 Contemporary African Art Fair in London, or the DAK'ART International Biennale of Contemporary African Art.
His artistic approach is characterized by two aspects.
On the one hand, Mbaye Babacar Diouf talks to us about signs, a writing that he elaborates by drawing inspiration from signs that recall hieroglyphics, Arabic writing or other ancient civilizations. This work based on the notion of "rhythm" refers to the notions of memory, identity, code, mysticism and imprint. He is an artist who always seeks the intimate relationship between graphic signs and the human mind that creates them voluntarily, spontaneously or unconsciously.
On the other hand, Mbaye Babacar Diouf addresses the question of the human condition by questioning the relationship of the individual to others or to his social environment. This work is done in pencil with a simplicity that recalls the first steps in drawing using silhouettes.