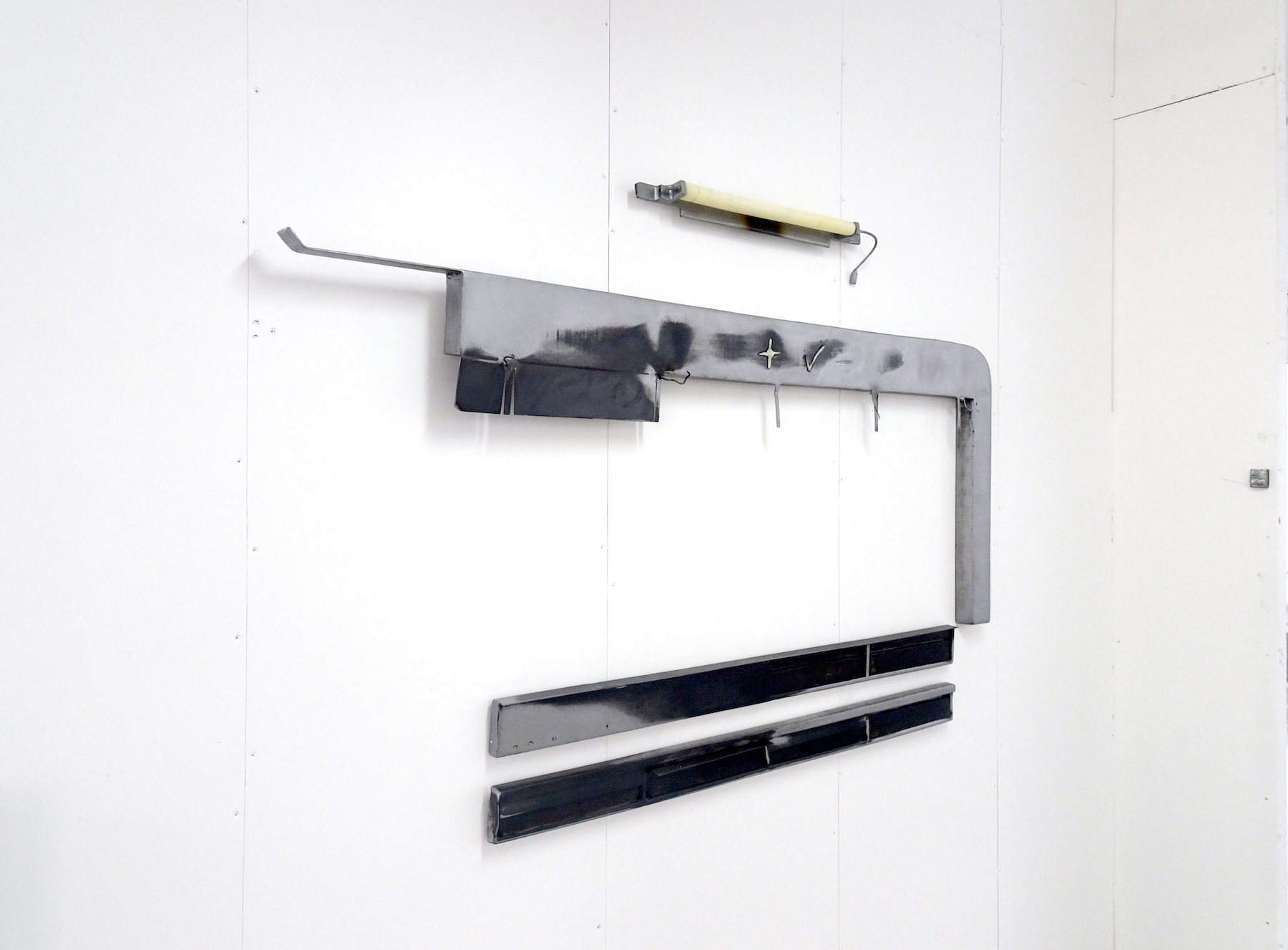 On a day of eclipse, Margot Pietri fantasized a world marked by the disappearance of the landmark star of humanity for millennia, the sun. The artist drew several conclusions, including the extinction of terrestrial species and forms of life, the obsolescence of beliefs and methods of measurement centred on the sun (clocks, the cycle of the day, etc.) and the need to renegotiate work rhythms. This scenario with its post-apocalyptic overtones then inspired a series of texts and sculptural landscapes. They are populated with signs and tools "at rest" like compasses and dials, all of which have completely lost their sense of direction, i.e. no longer showing, transforming or indexing anything.

A laboratory of resilience, this post-sun fiction has a science-fiction feel to it, but above all it allows the artist to map and articulate a generalized contemporary disorientation in the face of the need to update our ways of thinking.  In Logiques des mondes, the philosopher Alain Badiou forged a concept: that of a "sluggish world" to describe a reality where "we communicate infinitely", where "there is no point" and where everything is so branched and nuanced that no higher authority can make a decision. From climate change to the end of the great unifying narratives, and including deconstruction through critical thinking: "sluggishness" awaits us in spite of all these GPS devices at our fingertips.

How can we position ourselves? Where to land? In relation to what? Millennia-old landmarks collapse when they do not crumble. And then what? Margot Pietri saves some of them from sinking and gives consistency to the emotional states that arise from that moment when a world dissolves and a new, fledgling one emerges. From the remains, fragments, ruins and signs that she erases or allows to appear in her sculptures, Margot Pietri builds a fertile ground for disorientation, laying the foundations for a new experimental science capable of outlining one or more common directions once again.