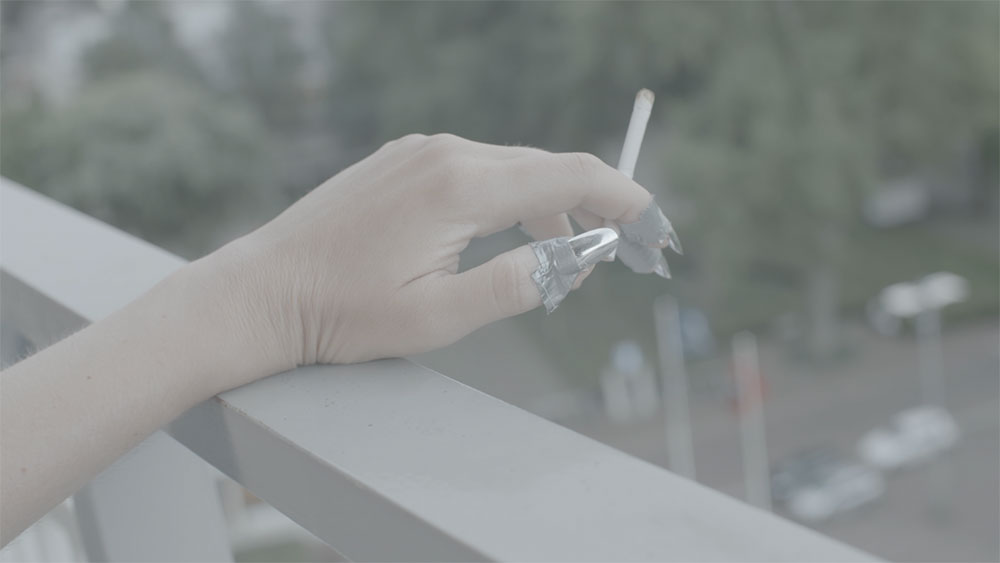 Margaret Haines’ frame oscillates between a myriad of traditional cinema styles, from Hollywood fiction film to cinéma vérité, in the creation of a unique form. The films are rife with colliding references to the works of Jean Genet, Kate Millett, Adorno, and include allusions to ancient Greek mythology, celebrity culture, astrology, and even Thrasher magazine. The result is an examination of culture and aesthetics that stretches the definitions of what is poetically and politically possible within the moving image art category of the short film.

Margaret Haines has held numerous fellowships, and has exhibited her work internationally; in 2015-2016 she attended the Rijksakademie van beeldende kunsten in Amsterdam.

Recent solo and duo exhibitions include KRIEG in Brussels, Auto Italia South East in London, 1646 in The Hague, Rozenstraat in Amsterdam, and ltd los angeles in California. Her writing and film works have been presented at The East End Film Festival, Carroll Fletcher and The ICA in London, Today's Art in The Hague, VISIO lo schermo dell'arte in Florence, FIAC Les Jardins Tuileries, Cinephemère in Paris, Anthology Film Archives in New York, Western Front Exhibitions in Vancouver, Canada, and elsewhere.

Reviews, mentions of, and interviews about her work have appeared in University of the Arts of Vienna Journal, Artforum, Metropolis M, Mousse Magazine, La Presse, The Financial Times, Canadian Art, AQNB, and X-TRA.