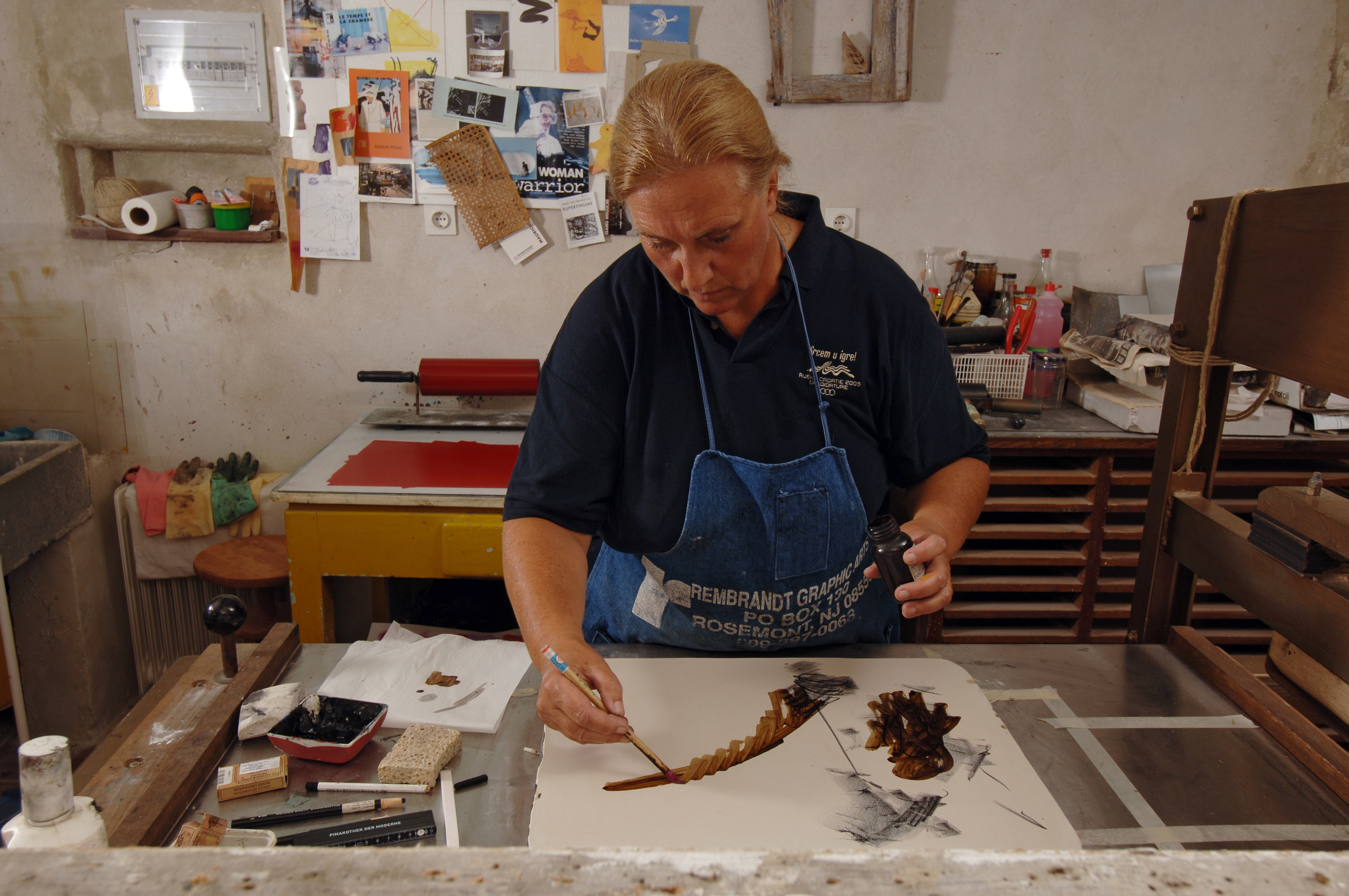 Maja Franković was born in 1951 in Rijeka, Croatia. She took pottery and drawing courses at the Camden Arts Centre in London in 1970-1971. A graduate in graphic arts and art history from the Department of Art at Rijeka University, she also holds a master's degree in engraving from the Academy of Fine Arts in Ljubljana, Slovenia. She was a full professor of engraving and former dean of the Academy of Applied Arts in Rijeka.

She works in the field of lithography, large format prints and has produced more than 150 artist books and 25 printed portfolios, alone or with other artists and authors.

She has completed long-term residencies in London, New York and Paris. She was a visiting professor of lithography at the graphic workshop Il Bisonte Graphic School in Florence, Italy. She has participated in 70 solo exhibitions and more than 360 group exhibitions in Croatia and around the world. She has received 17 awards for her printed art, both nationally and internationally.

She works in Rijeka and Brseč, Croatia, in her printing workshops where she practices stone lithography, non-toxic printing and papermaking.