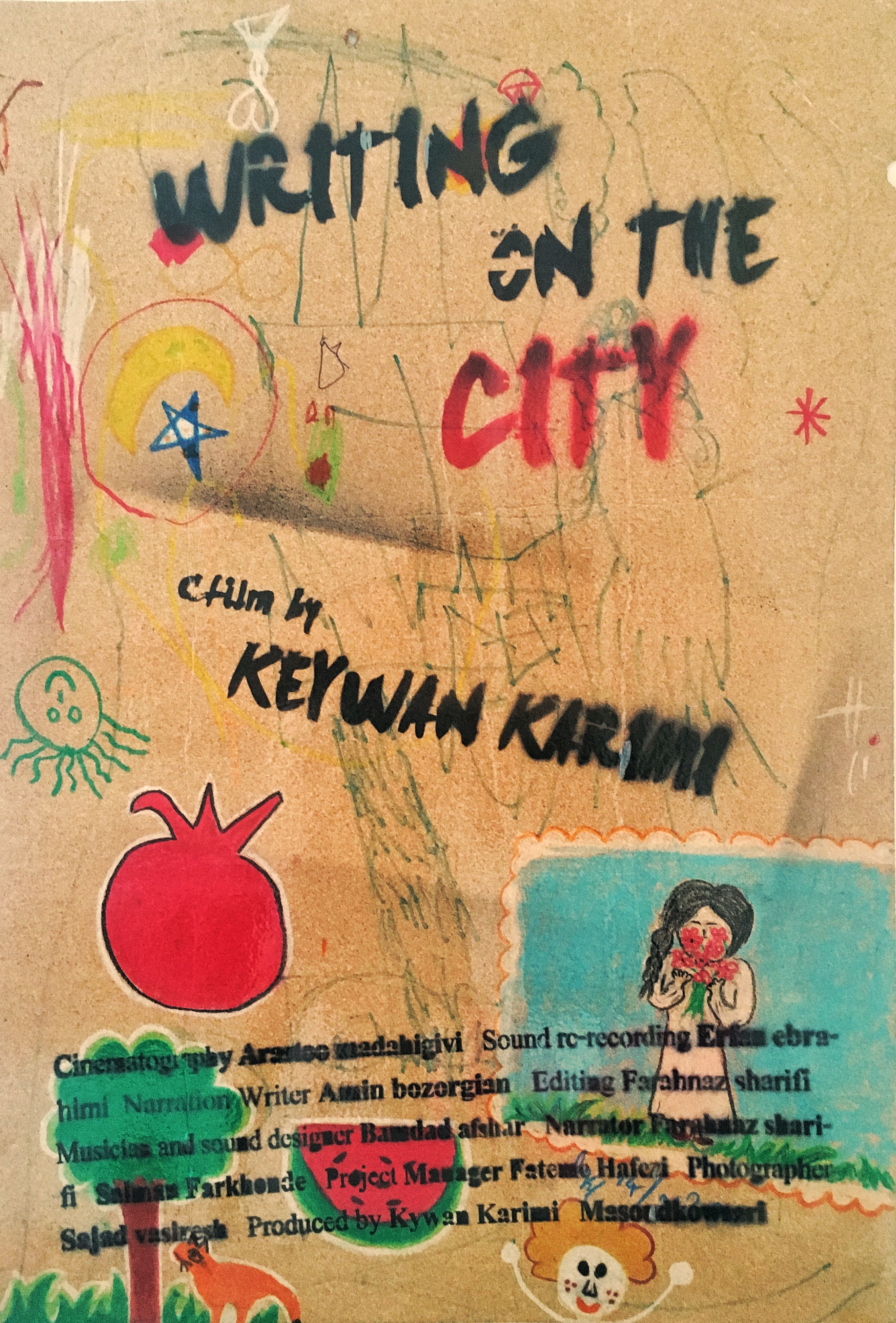 Born in 1985, Keywan Karimi is an Iranian filmmaker of Kurdish origin. His short films, such as Broken Border (2012) and The Adventures of a Married Couple (2013), have been screened at numerous international film festivals. Because of his documentary Writing on the City (2015), which focused on graffiti on Tehran's walls from the 1979 Islamic Revolution to the re-election of Mohamoud Ahmadinejad in 2009, Karimi was arrested and kept in isolation for two weeks in December 2013.

In October 2015, he was sentenced to six years in prison and 223 lashes for "insulting the sanctity of Islam". In February 2016, the judgment upheld all the convictions, but reduced the prison sentence to one year while retaining the 223 lashes. His freedom is currently in a state of limbo: he has not yet been imprisoned, but he has not been acquitted and he can no longer appeal his final sentence.

Keyman Karimi considers Yılmaz Guney (Turkish director of Kurdish origin, who won the Palme d'Or in Cannes for YOL in 1982) as a source of inspiration. Like him, he is a filmmaker who defends freedom of expression. DRUM is Keywan Karimi's first feature film.