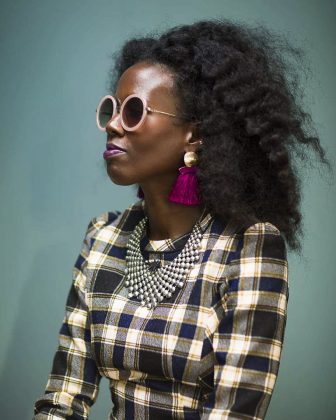 Kaloune (a.k.a Judith Profil), a young Panonnaise in her thirties, has decided to live her passion for writing and music to the fullest. This passion for words, she has discovered it since she was very young. Soon after having learnt the alphabet, she has felt the need to formulate words and write them dowen on paper...

After completing her studies in Réunion (a master's degree in international law), she decided to continue her studies in the UK. She then found herself as a "volunteer for progress" in South Africa, Zambia, Tanzania, Zimbabwe and Mozambique. Kaloune has then became a French teacher in Mayotte. Writing always occupies a very important place in her life. Kaloune continues to write and express herself through poetry during his adventures in many countries.

In 2010 she published her first book Séga Bondyé Galé. All the texts are imbued with the feeling of a strong youth, powerful of an extremely rich heritage but a youth in passive latency, subject to time. Her second collection of poems written in Creole and French Kayé la sirène ou le Rêve de Fanja, released in 2015, is dedicated to her mother: Po banna, po momon, man san, mon nasyon. It pays tribute to women who have marked the history of the Réunion: Eva, Raharianne, Simangavoul, Fanja, Kala, Kalathoumi. She creates a whole imaginary world around the woman bird that does not die: in fanm Pétrèl, in fanm papang, in fanm Salangane. The salangane is the black fairy.

Apart from poetry, Kaloune devotes herself to music. Very early on, Kaloune started singing in the Malagasy "servis kabaré" to honor the memory of her ancestors. Duty of memory. Cultural heritage. And in Kayé la sirène, to the rhythm of the maloya, she published a lot of sacred, secret texts, so that the tradition will not die, so that the word will not be lost.

Kaloune is herself a fighter. She breathes strength, joy of life, and she is proud of what she does, of what she is, of the woman she has become – and of the woman that she is becoming, sharing the suffering of others while being aware of her fragility (that of the black butterfly), a fragility she assumes as a storyteller, singer, poet, actress. She has several assets in her hands: a voice, a writing, a presence, a radiant youth – and a bright future.