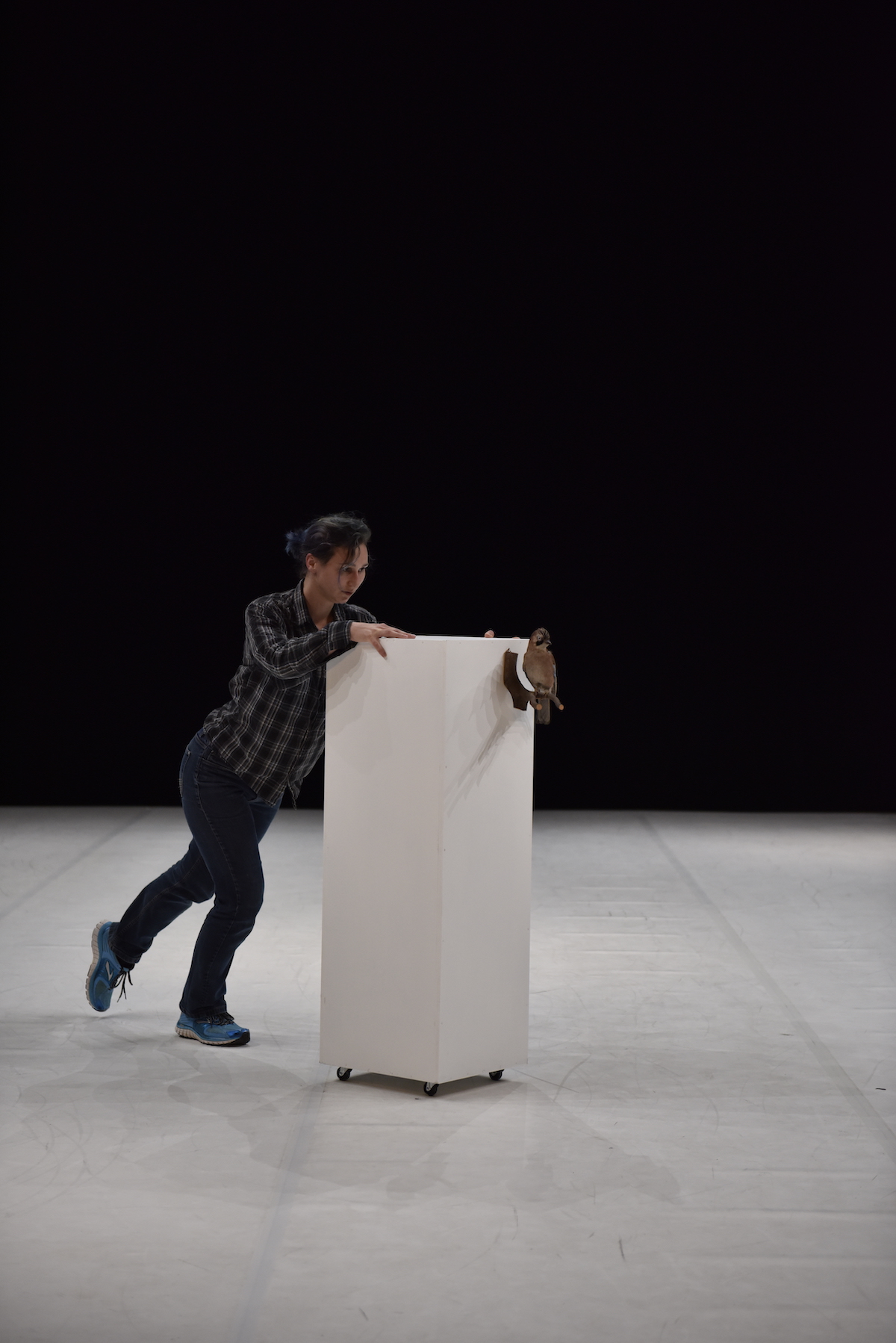 Kai Simon Stoeger studied at the HZT/UdK Berlin "contemporary dance, context, choreography" and has a background in graphic design. His* research questions the relationship of body perception and experience to their environmental structures.

Since his* solo Toiling and moiling (2011), he* has been involved in the study of the link between social, economic and political subjects and the body, movement and dance. In 2014, he* created the trio Production of Happiness with E. Sri Hartati Combet and N. Rutrecht as part of Werkstück 2014 - Tanzquartier Vienne production launch exchange.

His* work as a dancer and choreographer has enabled him to receive various types of support (launch grant - office of the Austrian Federal Chancellor 2014, dance grant from the Senate of Berlin 2011 and 2015). He* has also performed Queer burlesque and given several workshops throughout Europe.