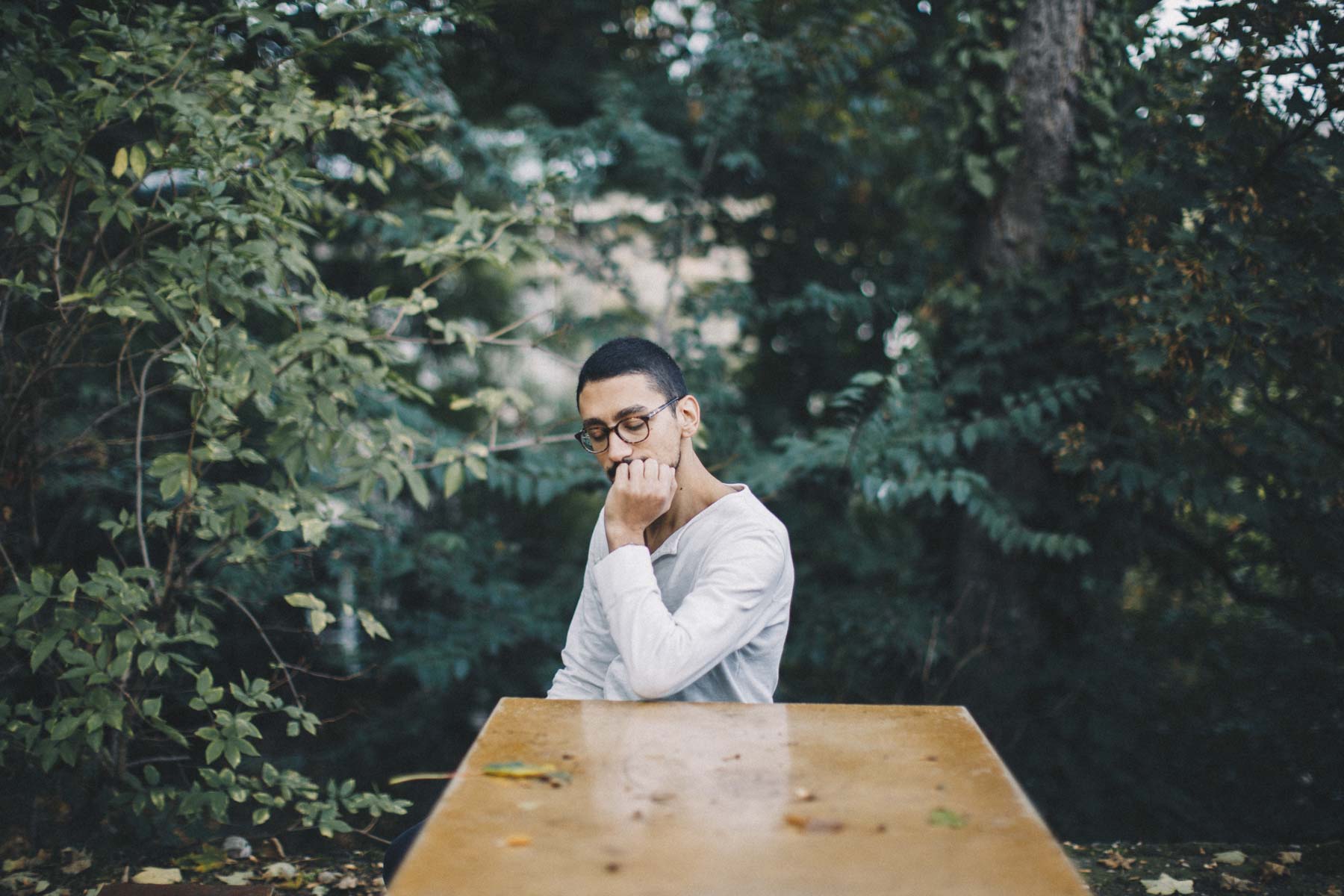 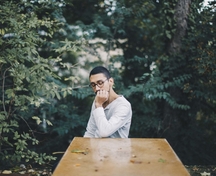 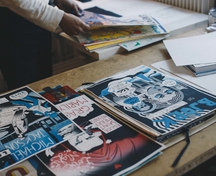 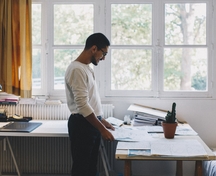 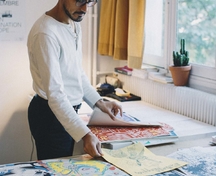 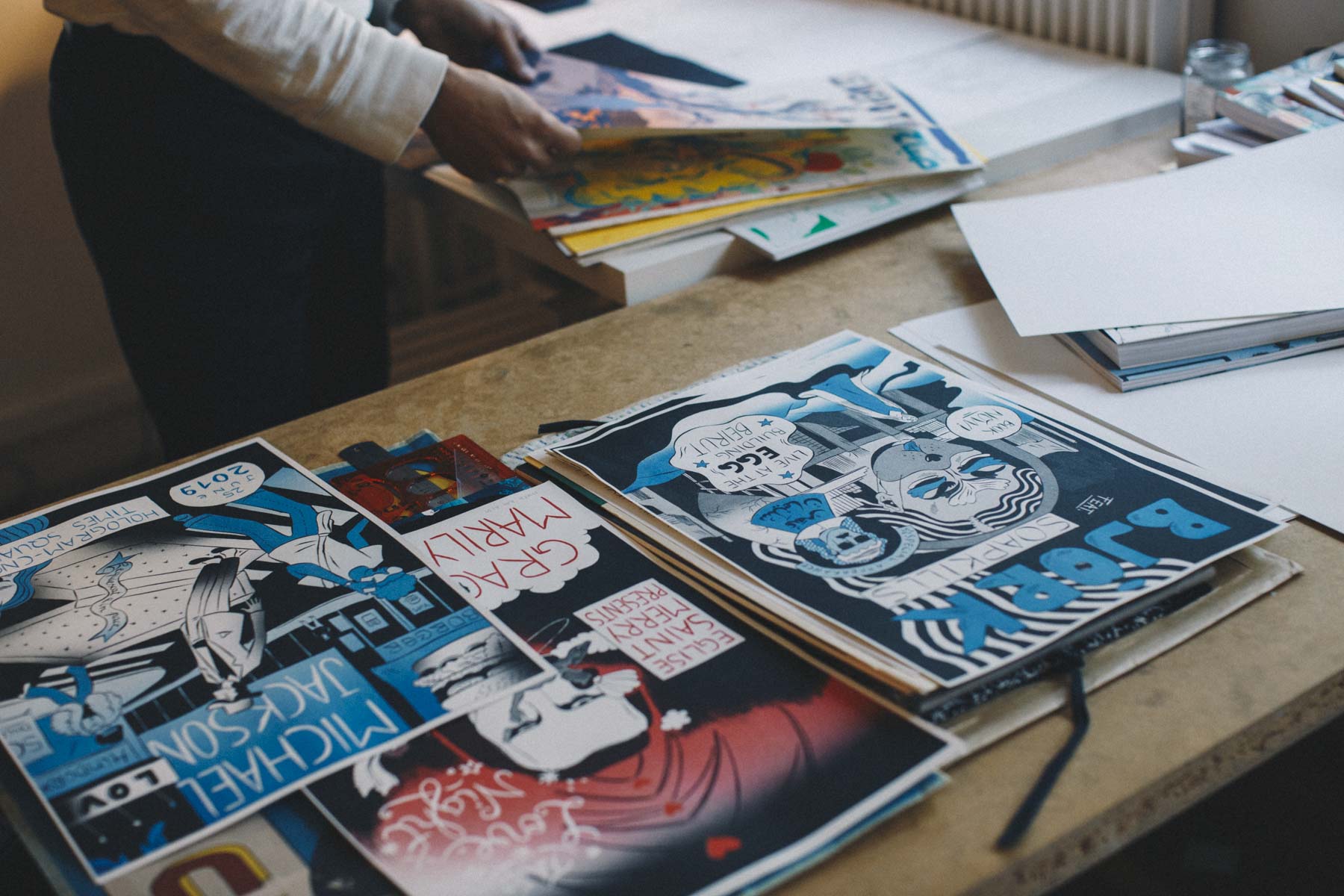 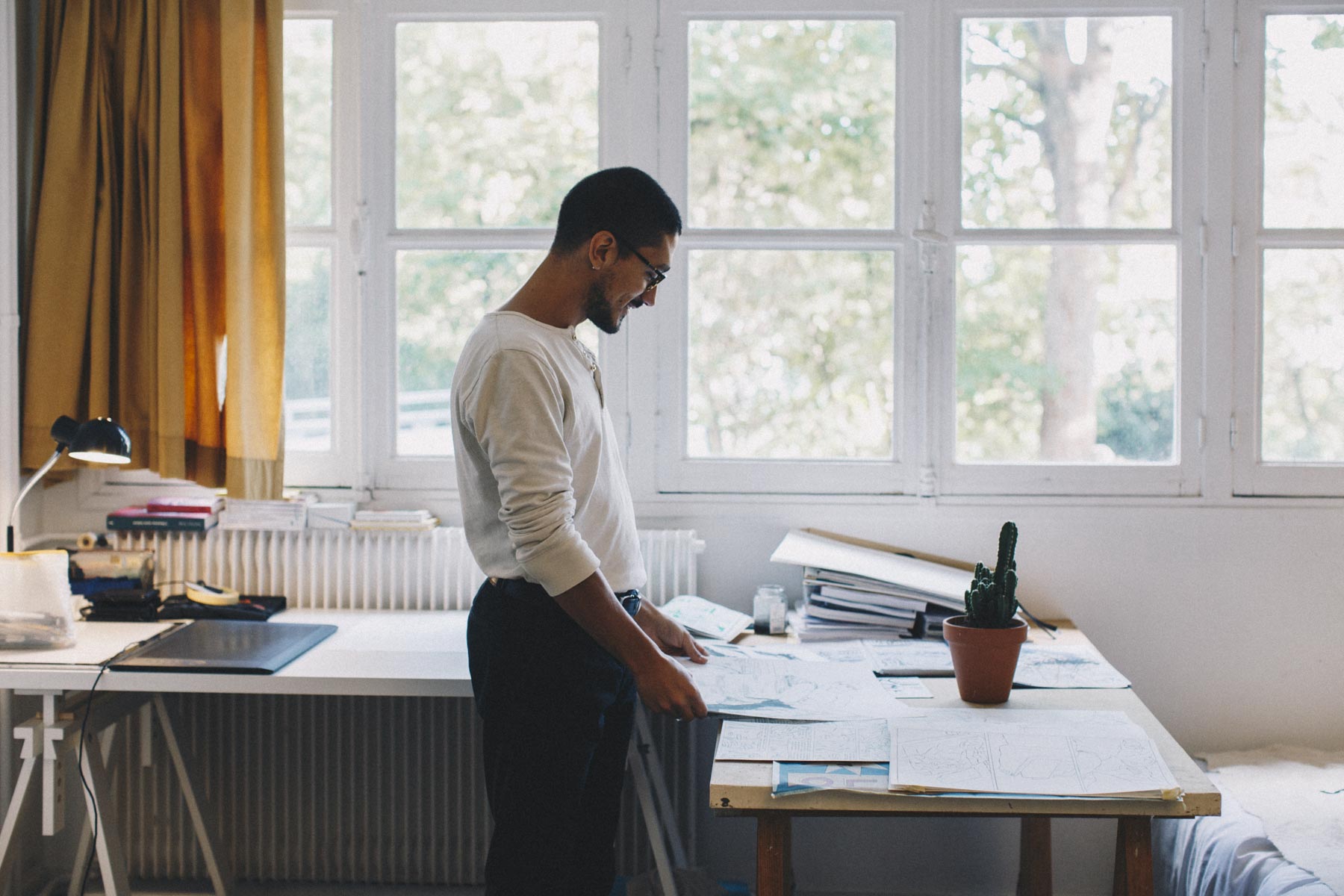 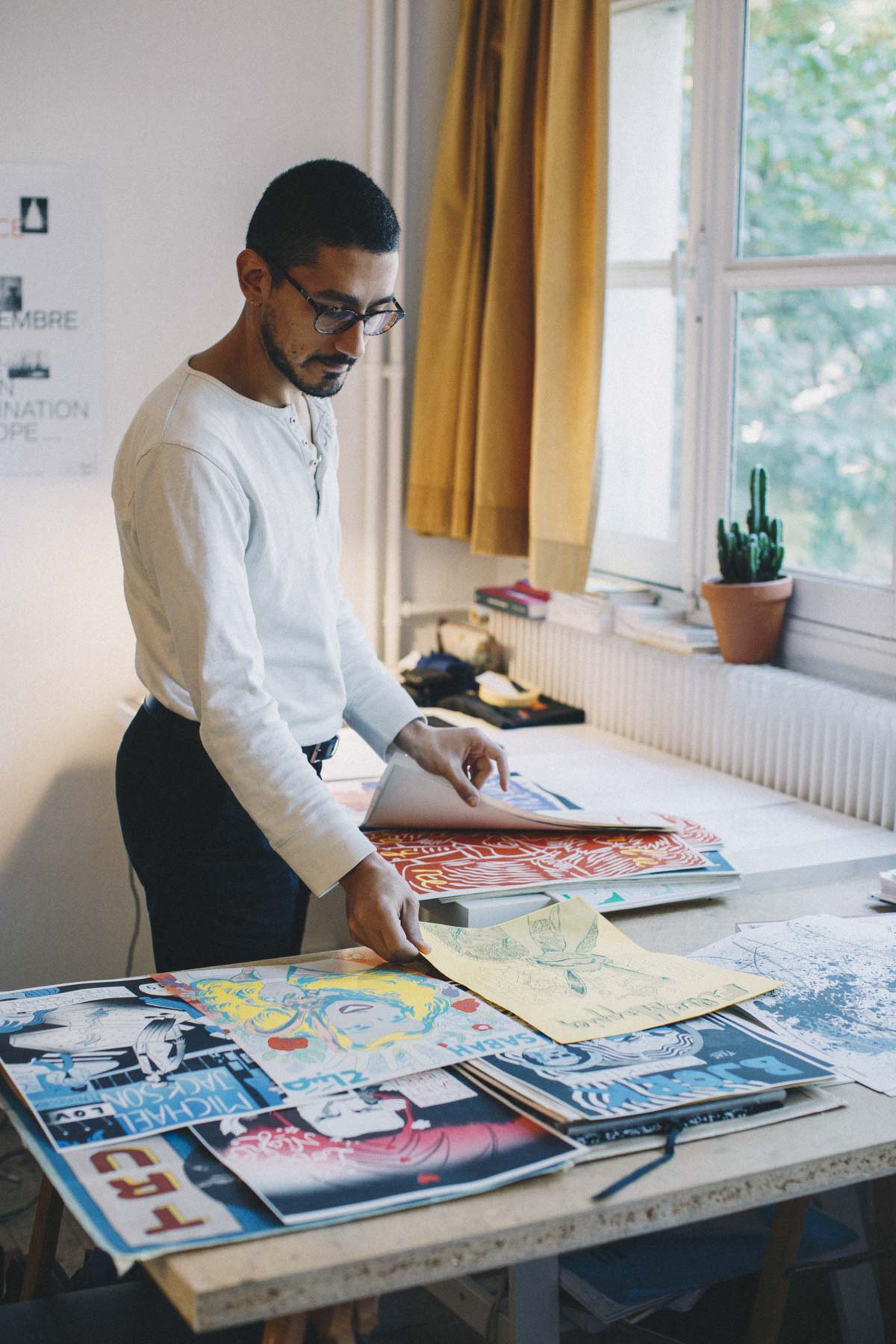 A residency in Montmartre, at the Cité internationale des arts, how is it?

"That's cool! A real moment of reflection, questioning and prolific creation in a magnificent green setting."

"I'm developing an autobiographical comic strip fiction. My first long graphic novel. The story revolves around an artist whose imagination is conditioned by a latent anxiety. A kind of fear that he has internalized since his childhood in post-war Lebanon, and that he now seeks to sublimate."

The unspoken, as well as other subjects such as gender, marginalization and non-conformism, are themes of predilection in Joseph Kaï's current comic book work. His delicate style favouring line and his introspective tone combine a traditional Franco-Belgian language with an experimental Beirut tendency which formed him a lot after his studies at the Lebanese Academy of Fine Arts.

In 2010, Joseph Kaï joined the Lebanese comic book collective Samandal (alternative comic book prize at the Angoulême 2019 Comic Book Festival) where he discovered the alternative comic book scene in his city and participated in the creation of a new series of collective publications for which he published Géographie in 2015, and a new platform for author comics publishing for which he currently supervises the first serial publication Antoine by Mazen Kerbaj.

Joseph Kaï has also participated in numerous festivals, comic book exhibitions and round tables in Paris, Berlin, London, Beirut and Brussels.
He is currently working on his first graphic novel Sissies.

Joseph Kaï's residency is supported by the Ministry of Culture and the Cité internationale des arts as part of its action to promote Francophone creation.