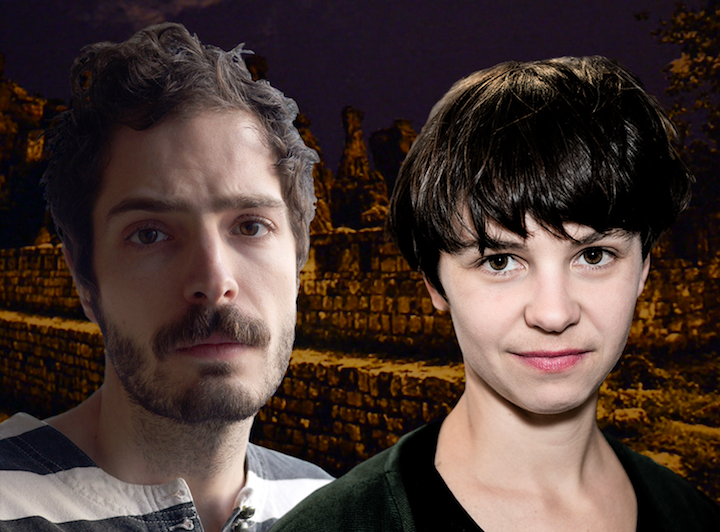 Films, photos or multimedia installations, the work of Jivko Darakchiev and Perrine Gamot focuses on the relationship between people and their environment. Each project is an opportunity for new cinematographic experiments that also seek echoes in plastic forms. They engage in new forms of storytelling to explore issues that are dear to them: the mutability of our everyday environments and objects, their evolving "uses" and the links between individual and collective heritage.

Their new project is a creative documentary focusing on the practice of climbing through natural and artificial spaces, as a prism through which to question the evolution of morals - the interdependence between an activity and its environment shaped over time.

Jivko Darakchiev was born in Bulgaria. He lived in the United States for 17 years where he studied film at Tisch, the art school of New York University. In 2013, he completed the post-graduate course at Le Fresnoy, Studio national des arts contemporains with congratulations. In parallel with his practice, he works as an artist in schools. His work has been presented in international film festivals, cinematheques, galleries and museums, as well as on the cultural channel Arte.

Perrine Gamot is a photographer-plastician, graduated with a DNSEP from the École d'Arts de Grenoble and a Master II from the University of Rennes. In parallel with her artistic practice, she has been associated since 2011 with several cultural structures for the implementation of artistic projects: exhibitions, festivals, residencies and publications.