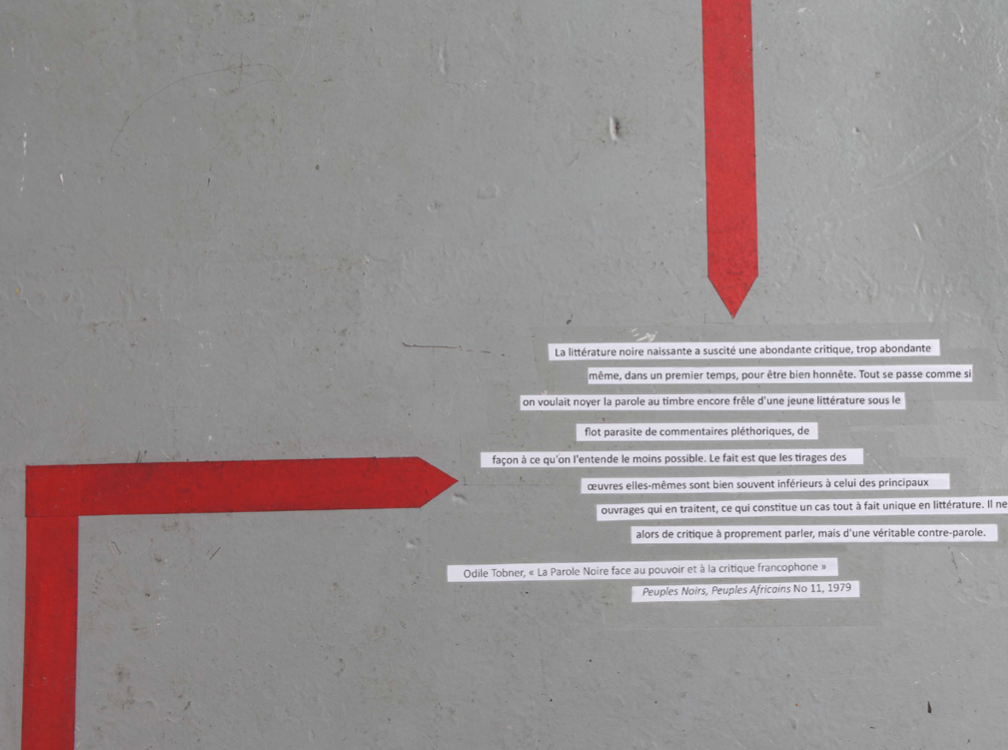 As part of the Africa 2020 Season, the Centre Pompidou and the Bibliothèque publique d’information, in partnership with the Cité internationale des arts, are giving a carte blanche to the South African Chimurenga collective, proposing from April 2nd to May 16th a new edition of The Chimurenga Library at the Bpi.

This new edition, entitled La Bibliothèque Chimurenga, takes the form of an "Étude noire" (Black Study) of the Bpi collections. Like an investigation into the genealogy of black radical thinking in the francophone world, it presents a map of its "visible" archive in the Bpi, but also of its hidden archive derived from the intellectual, artistic and political production of Black people in the francophone world.

In this context Ntone Edjabe (Cameroon), founder, is in residency at the Cité internationale des arts.

All practical information on the website of the Bibliothèque publique d'information du Centre Pompidou.