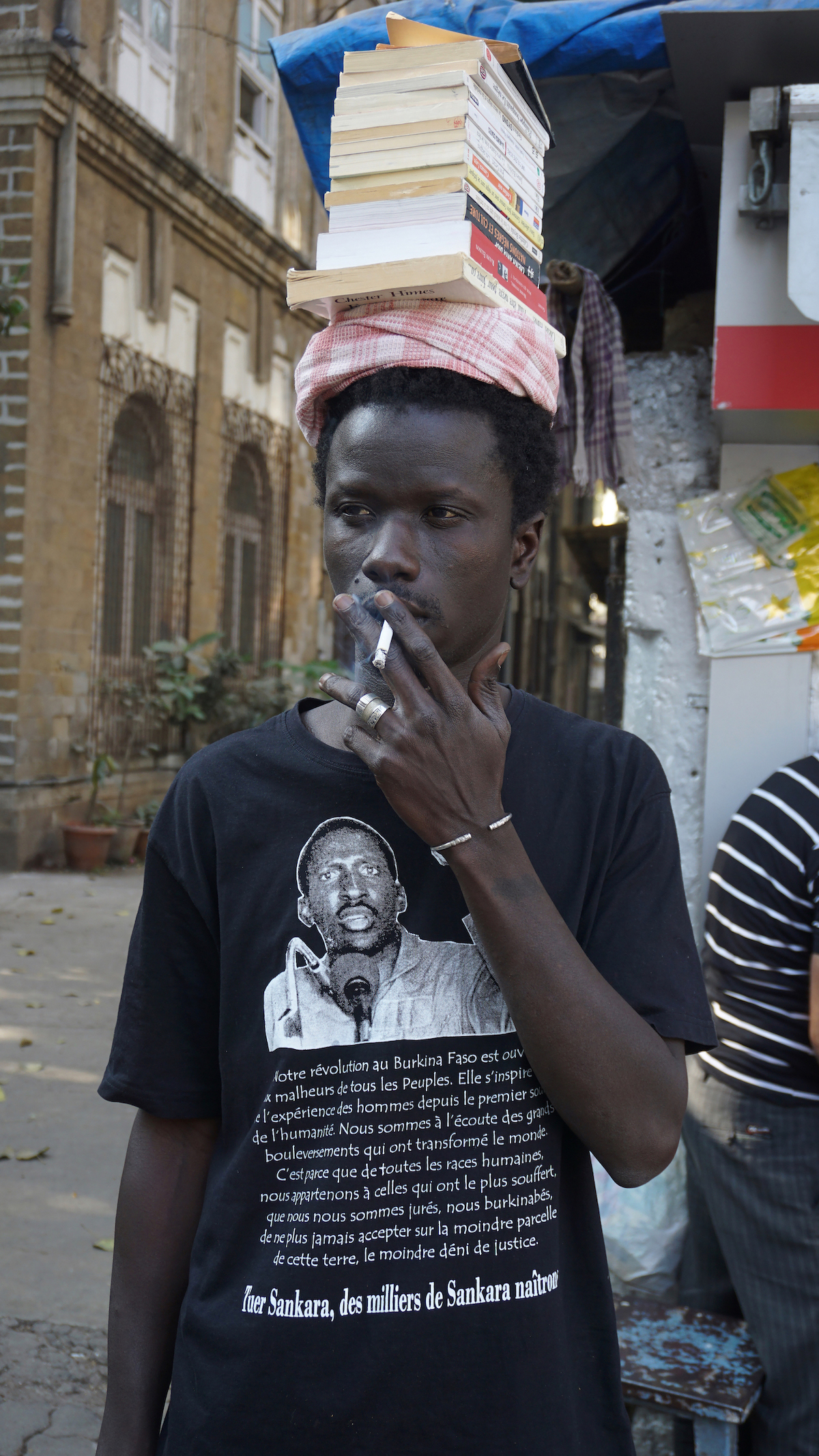 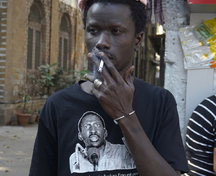 Hamedine Kane, Senegalese and Mauritanian artist and film director, lives and works between Brussels and Dakar. Through his practice, Hamedine Kane frequents borders, not as signs and factors of impossibility, but as places of passage and transformation, as a central element in the conception of itinerant identity. He uses words and images to highlight the notions of exile, wandering, and movement but also to replace political time with living time. He developed a strong interest in memory and heritage which reflected in “The School of Mutants” with Stéphane Verlet-Bottero, a research project that intermingles with the past and the future, transgressing and irrigating the limits of space and time.

Hamedine Kane’s latest works were exhibited at the last Dak’art Biennale under the direction of Simon Njiami, at Documenta 14: “Every Time A Ear Di Sound” curated by Bonaventure Soh Bejeng Ndikung, Elena Agudio and Marcus Gammel.

In 2018 his work was the subject of a solo exhibition in Mumbai at Clark House Initiative, commissioned by Sumesh Sharma with whom he continued a collaboration at The Showroom in London. In 2018 Hamedine Kane also exhibited at the FIAC and The Colonie in Paris. Hamedine Kane participated in the Taipei Biennial 2020; he will be part of the Casablanca Biennale 2021. His film The Blue House received a special mention from the jury at IDFA in Amsterdam in 2020.

Hamedine Kane will lead the Three Americans in Paris project during his residency at the Cité internationale des arts.

The starting point of the project is a period in the life and work of three great black American artists who went into exile in Paris in the mid 1940s, Richard Wright, Chester Himes and James Baldwin, and puts into perspective the notion of literary heritage as a source of contemporary inspiration.