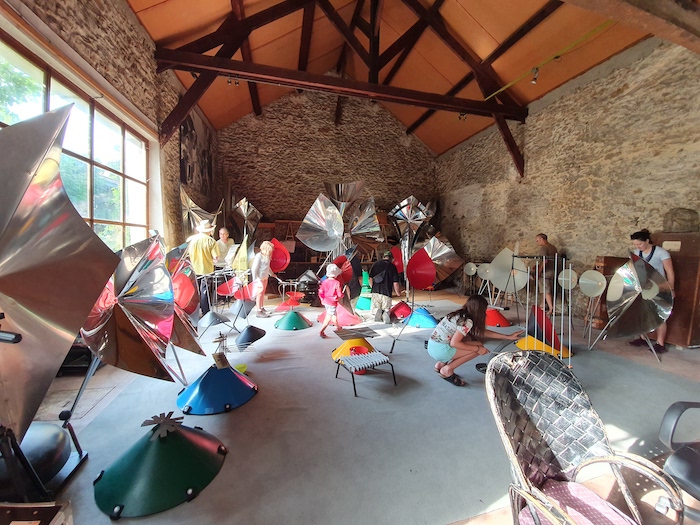 THE ROARING FORTIES is a temporary FM radio and an online broadcast of live concerts between France and Tasmania.

Organized by Julia Drouhin, the event is an audio conversation between Les Structures Sonores Baschet (where it is framed during a residency in Paris, France), and the exhibition of Dylan Sheridan Np423b : empty orchestra at Contemporary Art Tasmania.

This event is co-produced by the Association Structures Sonores Baschet, FAIR_PLAY and Contemporary Art Tasmania, with the technical support of Pi-node. This project was supported by the Australian government through its funding and arts council, the Australia Council, during a three-month residency at the Cité internationale des arts in Paris, France.

Julia Drouhin (Australia) is in residence at the Cité internationale des arts through the Australian Arts Council program.

Practical information and schedules on the website of Contemporary Art Tasmania.