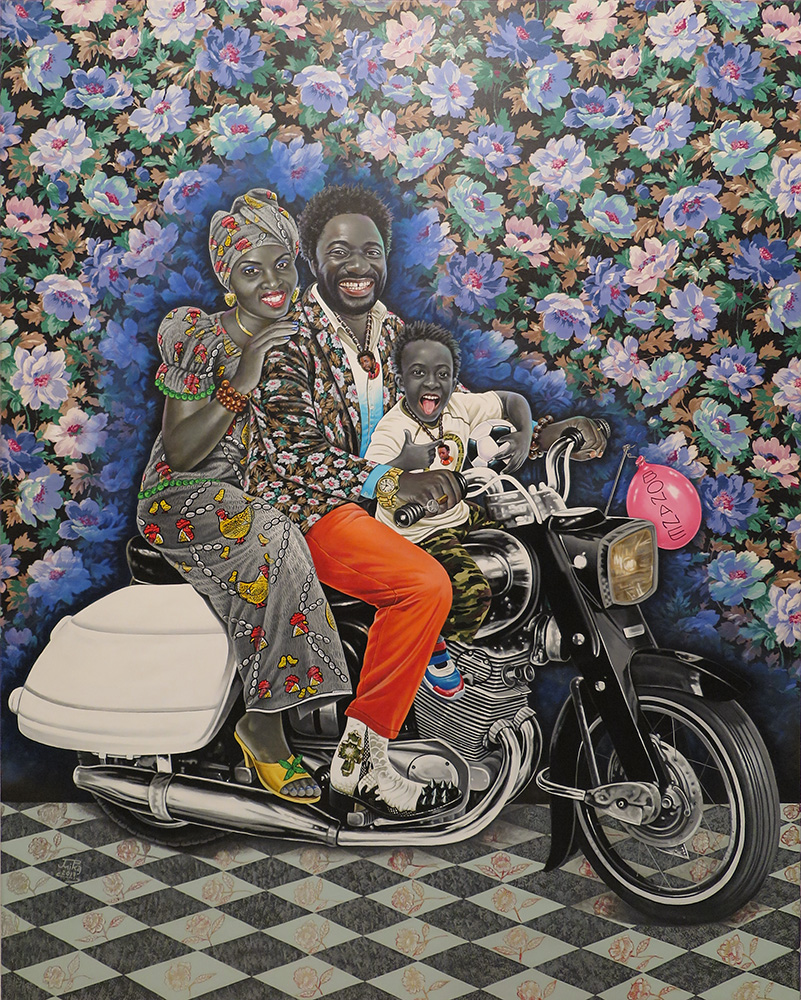 Born in 1980 in Kinshasa (Democratic Republic of Congo), JP Mika lives and works in Kinshasa. After having attended painting courses at the Academy of Fine Arts in Kinshasa, he attended ARAP, a Popular Art Research Workshop, created by the artist Chéri Chérin and with whom he perfected his technique. In 2004, he created his own workshop, which he named EBA (Événement des Beaux-Arts).

An exceptional draftsman, JP Mika has long borrowed the themes and compositions of his elders and mentor Chéri Chérin. Like Chéri Samba before him, Mika often stages himself, painting self-portraits or integrating into a group composition, always dressed as a Sapper. He developed his own style, centred on the portrait, simplifying his staging by using fabrics with very colourful motifs as backgrounds. This "discovery" and the unconstrained use of colour give a very positive energy to his work, which now stands out deeply from the works of his peers. His very realistic compositions, with an incredible attention to detail, tendernessly depict a modern, dynamic and joyful Africa.

JP Mika (Democratic Republic of Congo) is a recipient of the Visual Arts Commissions of the Cité internationale des arts.

Practical information and schedules on the Magnin gallery website.