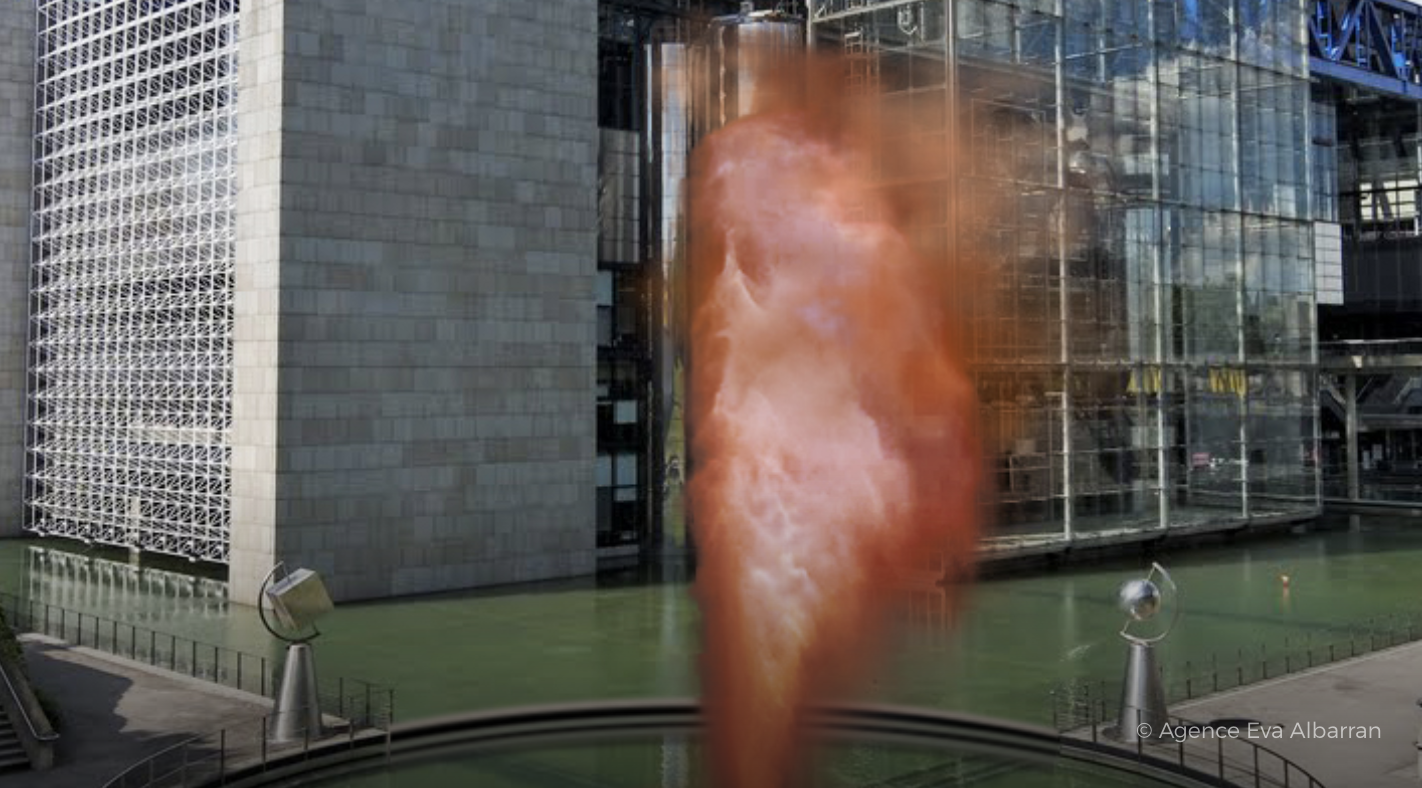 With the support of Emerige.

With the participation of the Cité internationale des arts.

Straddling the border between engineering and the visual arts, the work of Fabien Léaustic composes with the limits of science, within this margin of error where exacerbated rationality becomes the subject of a laboratory fairytale likely to fictionalize the world. Reproducing a natural phenomenon artificially, Fabien Léaustic has created a geyser of water and red clay, whose organic and random irruption is at once marvelous and worrisome.

Spouting nearly 20 meters high, the size of this hypnotizing work not only encourages the fantasy of nature taking back its rights, but also displays the menacing shadow of a planet subjected to the ravages of human activities. The muddy water flowing into the basin, at controlled intervals, resembles the spectacle of an organized disaster. Similar to the awesome power of an explosion, this earthen expectoration becomes the metaphor for critical anticipation.

Fabien Léaustic (France) is in résidence at the Cité internationale des arts.