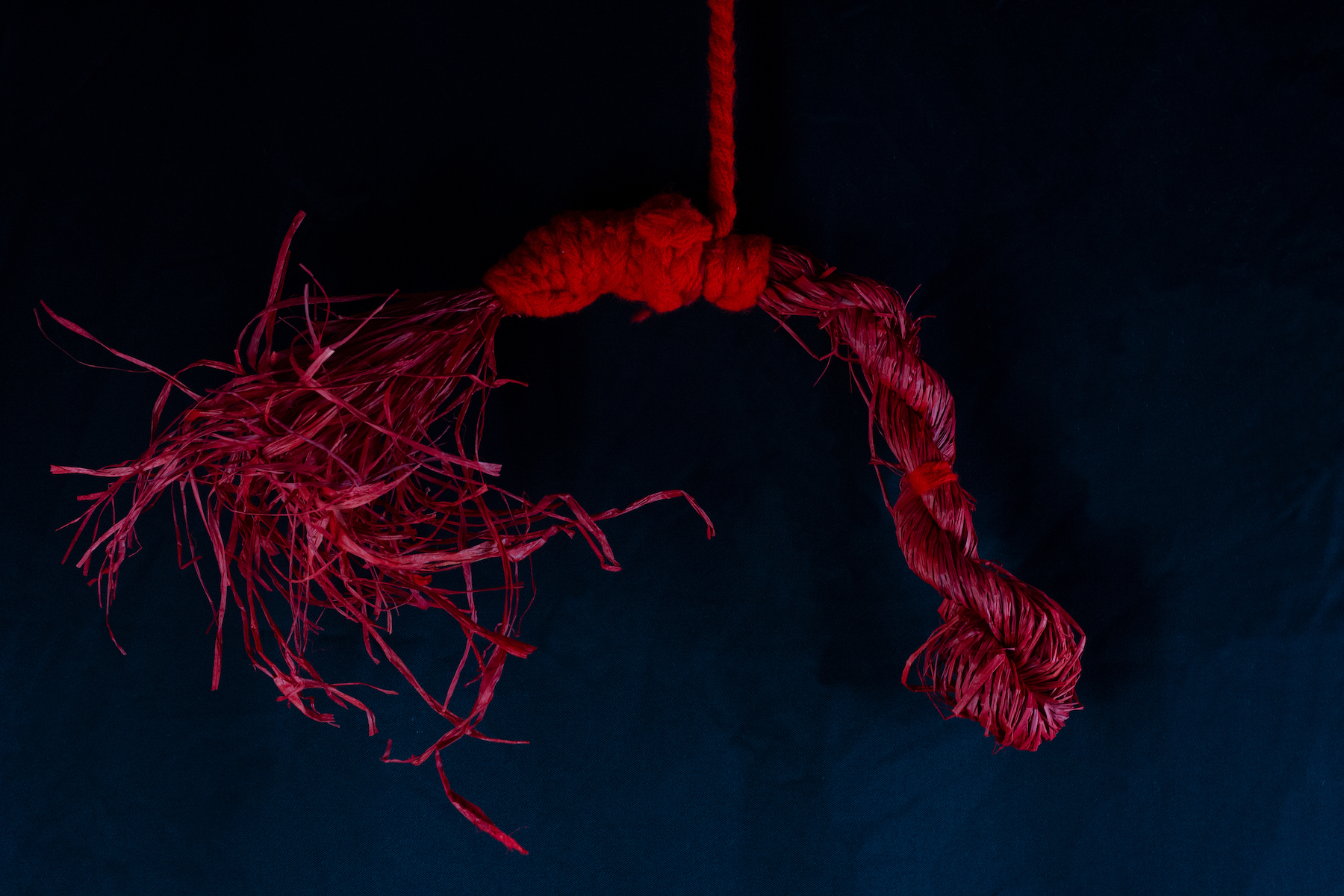 Multidisciplinary artist Pierre-Manau Ngoula (aka Pierre-Man's) was born in 1993. In 2017, Les Ateliers Sahm awarded her the Gasteatelier Krone grant for Congolese women artists and the La Fondation Blachère prize.

Her artistic world, mainly dominated by the colour red, exhumes narratives that have long been left unsaid. Working on the theme of the body, she brings together words, memories and memoirs in order to underline social realities in contemporary society.

In Sous les jupes (Under the Skirts), Pierre-Man's addresses the question of excision in particular and sexual violence against women in general. Female genital mutilation is still practiced today in Mali, Somalia, Senegal, Sudan, Egypt, Mauritania, Ethiopia and in the Bétou region in the north of the Republic of the Congo, as well as in South America and Asia. These practices are connected to a form of patriarchal dominance that seeks to control women’s bodies and their pleasure. For this exhibition, the artist has manipulated, lengthened, cut, joined and sewn as if to repair a physical prejudice that she has not experienced herself, but one that her inner child understands and which she apprehends through her commitment as a feminist artist.

Pierre-Man's (Republic of the Congo) is recipient of the "Daniel and Nina Carasso Foundation & Cité internationale des arts" program.

Following the latest governmental directives and in application of the law n° 2022-46 of January 22nd, 2022 reinforcing the management tools of the health crisis and modifying the public health code, our welcoming modalities are the following since Monday January 24th, 2022:

• The presentation of a valid vaccination pass is mandatory for people aged 16 and over.

• The presentation of a valid health pass is mandatory for people over 12 and under 16 years old.

• The identity card is mandatory in case of control by the competent authorities;

• The wearing of a mask remains mandatory.