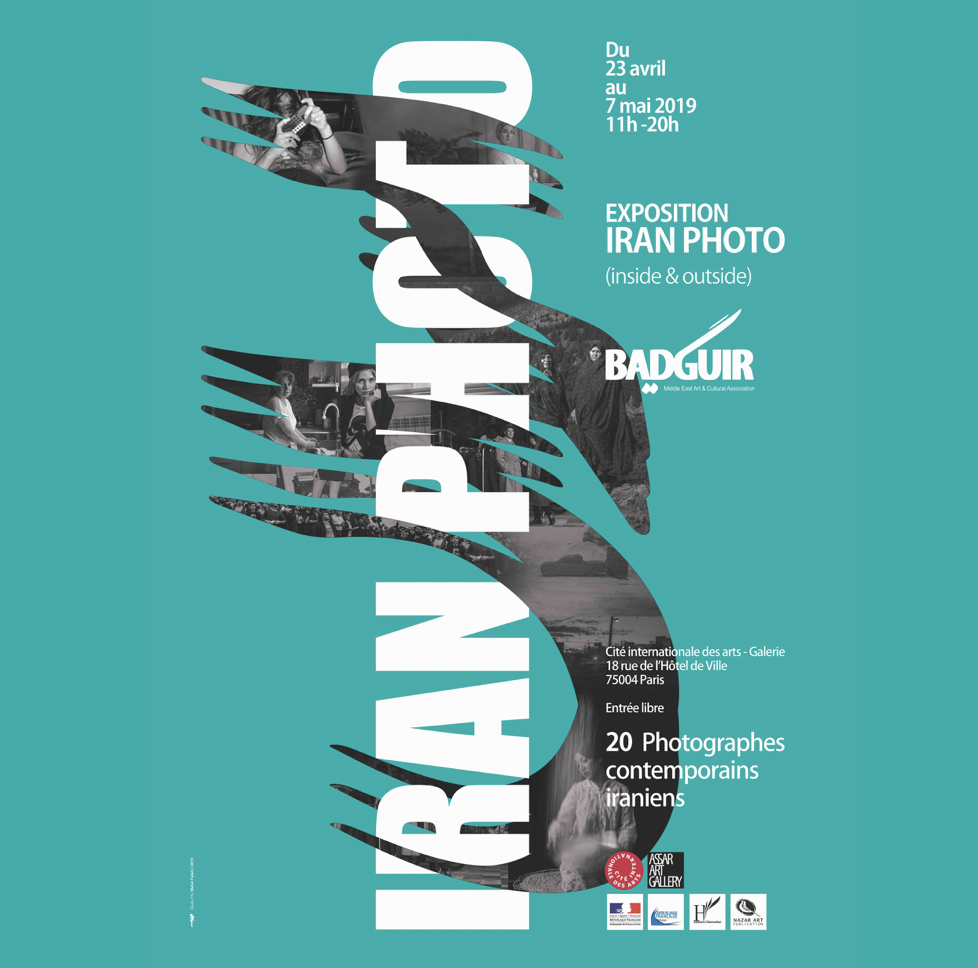 On the occasion of the second edition of Iran Photo, the association Badguir presents a selection of photographs by young Iranian artists, working inside and outside of the country. Iran Photo (inside & outside) offers a nuanced view of Iran, one that reveals the complex changes that the country has experienced over the last four decades, changes that have at times been in opposition to traditional religious values.

Like other countries, but in a different national and international context, Iranian society has evolved and presents many faces that bear witness to many aspects, such as the increasing influence of women and unprecedented urban growth. The combination of these factors, and others, has contributed to the creation of artistic and cultural networks.

Photography has been a dominant form of expression in the narration of these changes. Today, a new generation of photographers, who, for the most part were born after 1979, is emerging in Iran. All of the photographers presented here are under forty. They are part of a representative generation that reveals the evolution of the photographic practice in their country. Their work reflects an artistic approach to social documentation, images that are beyond photojournalism. Through twenty different photographic series, Iran Photo offers a vision of a society in flux, like practically anywhere around the world right now—with its pride, its individualities, and its questions.

As part of the exhibition, on May 3, an evening of book signing will be organized for Maryam Zandi's book, The Revolution of Iran 79, published by Editions Nazar.
Also to be discovered throughout the duration of Iran Photo (inside & outside): the books of the Nazar publishing house on photography, the Iran collection of the publisher Harmattan as well as the book of the Iranian photographer Kaveh Kazemi, Revolutionaries.