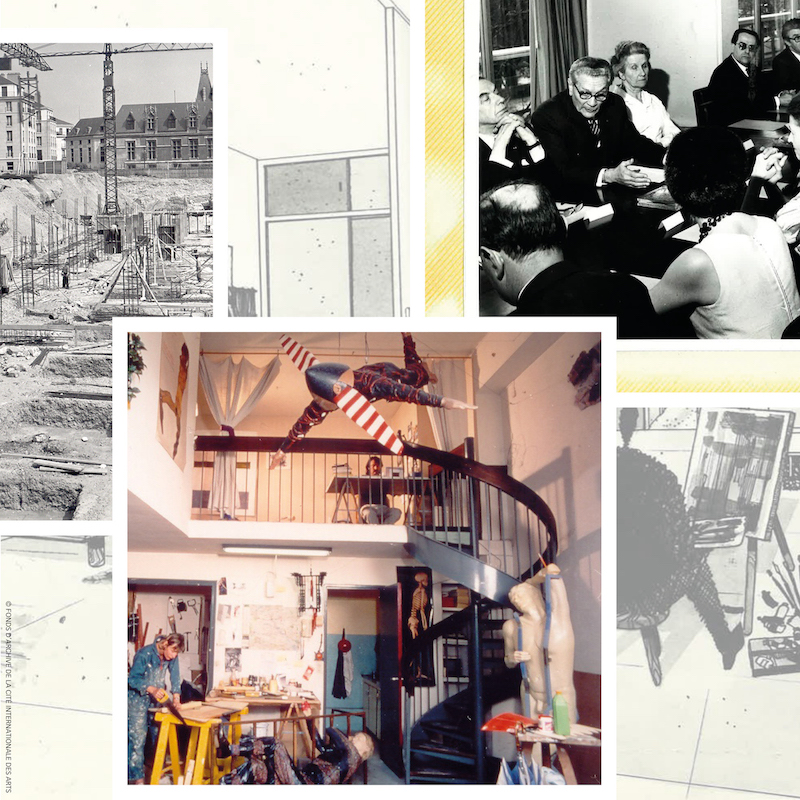 The reappearance of a star that was eclipsed or obscured.

The state of a body that emerges from a fluid, from a medium.

Ever since it was created in 1965, the Cité internationale des arts has been home to a unique living memory in the person of the numerous international and French artists of all disciplines, generations and nationalities it has received over the years.

Born out of the desire to host artists from all horizons in the very heart of the French capital, right from the outset the Cité internationale des arts established bilateral partnerships, cultural exchanges that have come to embody a spirit of openness towards the international arts scene. So far, more than 30,000 artists have contributed to this story of creativity, one that has often remained obscure, but which has been conveyed around the world by word of mouth and through an exceptional network of partners.

Emersions: Living Archive is a long-term project that presents the atypical story of this incomparable foundation for the very first time by delving into its archives past and present.

The story of the events that have unfolded behind the façade of the Cité's historic building could begin with "once upon a time", however these words have been transformed and have taken on physical form, like a body emerging from the dark in which it was concealed – and this body is the Cité internationale des arts’ living archive.

Including writings, testimonies, photos and documentary videos from the foundation's archives, this exhibition allows the Cité internationale des arts to share its history with visitors, a history that echoes the world's current events.

The first part of Emersions: A Living Archive focuses on the ties forged between the Cité internationale des arts and Europe.