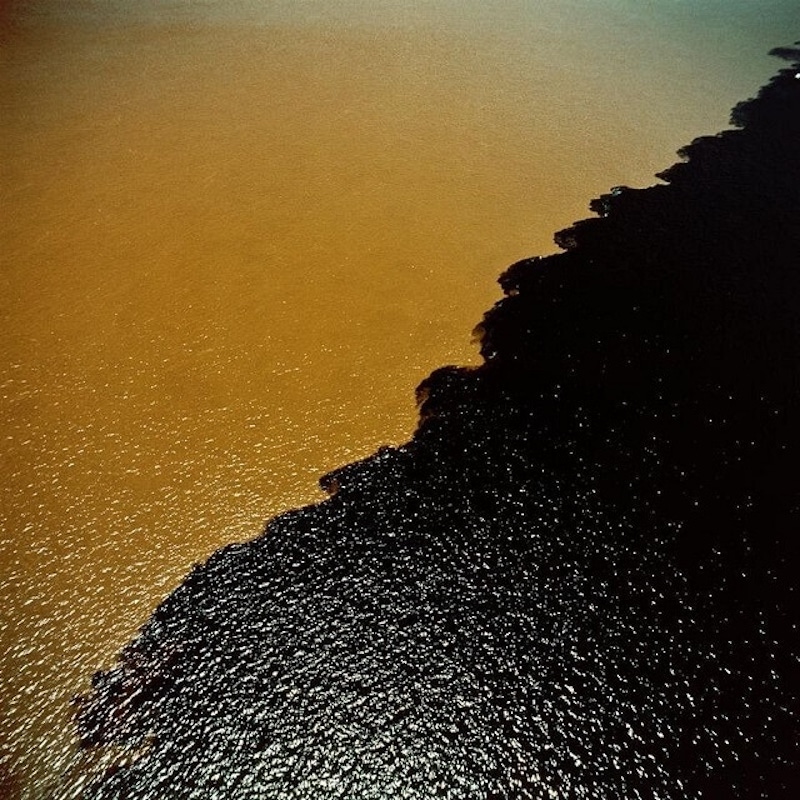 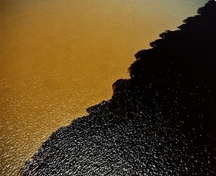 The “meeting of the waters” is the name given to an unusual phenomenon that occurs where two bodies of water meet but do not mix. They simply accompany each other, while preserving their own temperature, salinity and density, in other words forming a union that respects the integrity of each.

As water is either considered a natural resource to be exploited (this year “blue gold” began being traded as a commodity like gold or oil) or simply as a chemical element (2), we have perhaps forgotten the symbolic, philosophical and mythological powers embodied by water and the various beliefs associated with it, not to mention its religious importance, especially Islam. As it says in the Koran: "And it is He who gives free rein to the two seas (...). And He assigns between the two an intermediate zone and an impassable barrier". (Sura 25, Verse 53)

This "intermediate zone" is La rencontre des eaux (Where the waters meet), a project that emerged in the context of my curatorial residence. After a few studio visits, I realised that this familiar and yet mysterious element was present in many of the projects on which artists were working during their residency at the Cité. Their respective approaches, which open up abroad spectrum of reflections about this element, led me to imagine a three-exhibition programme around water at the Petite Galerie at the Cité internationale des arts, accompanied by the offsite events programme Affluents.

The cycle kicks off with a solo exhibition, Drip Drop The Rain by Chedly Atallah, which will be followed by Polaris by Sara Kamalvand and Metaphora - prelude by Camille Pradon.

Affluents provides an opportunity to meet and exchange with other artists, notably by mean of a visit to the studio (3) of video artist Magali Dougoud, who constructs new mythologies inspired in part by hydrofeminism, but above all by the flow of multiple voices. Other studio visits include Julie Ramage, who will be presenting her project for a hydrodynamic machine whose water flow is a metaphor for the circulation of exchanges between prisoners and Mathilde Lavenne, who will be presenting her spellbinding fjord movie Focus infinity. With Birth Canal, the composer Koki Nakano immerses us in this oceanic foetal sensation that we have all been through before fixing our individuality, an idea challenged by Marko Vuorinen in his portrait of Rebecca, a Paris-based queer, part Roma circus artist who lives in Paris in the refusal of fixity.

On March 22, World Water Day, Mathias Depardon and Joan Ayrton will meet to talk about the controversial dams in Turkey and similar barriers in the minds of people. Nicolas Faubert's performance Ondine (sound by Grégoire Terrier; costume by Nefeli Papadimouli) in the exhibition Metaphora - prélude at the Petite Galerie will close the cycle of La rencontre des eaux (Where the waters meet), which I hope will be only a first drop in a future ocean of reflections and exchanges to "give water a chance to speak (again)" (4).

(3) Given the health situation, the studio visits are for professionals only.