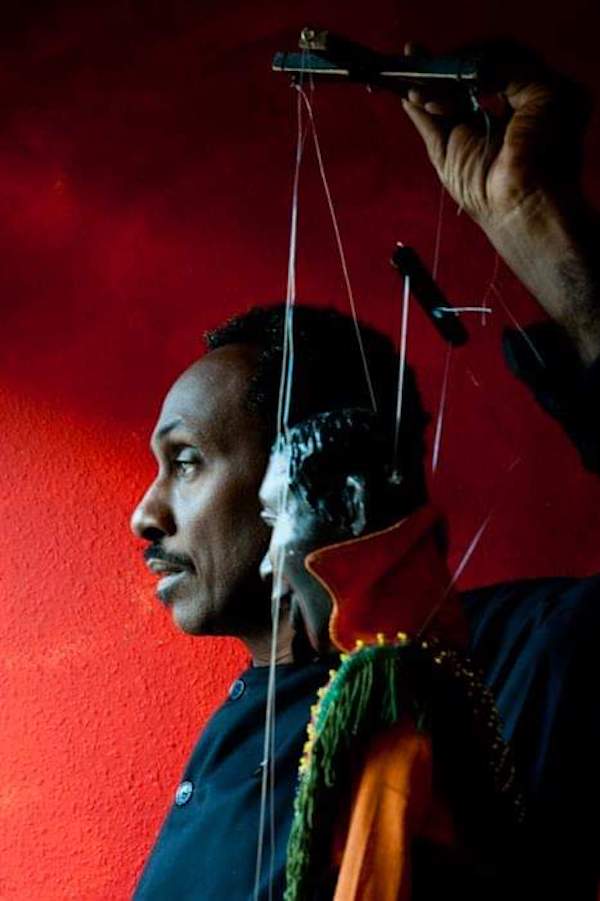 Ernst St Rome grew up in Carrefour (Haiti), where the Brochette artistic movement was born.

He was introduced to artistic disciplines at a very early age by his father the painter Gérard St Rome, then by frequenting artists such as Viviane Gauthier for dance, Micheline Laudun Denis and Alzire Rocourt for singing, Jean René Jérôme and Jacques Valbrun for painting, the latter introduced him to prestidigitation. In 1986, he evolves in education and creates his first wire puppet Ti Boss with which he makes street animations.

Later, he creates other characters that draw their source in the Haitian imagination. He has collaborated in directing with Lorraine Mangonès and Syto Cavé and has directed several puppet shows from Haiti's literary and theatrical heritage, including his favourite work La famille des Pitite Caille by Justin Lhérisson, which he adapted in 2009 with girdle puppets. He took a directing course with Catherine Boskovitch and participated in various residencies in Canada, Guadeloupe, Belgium and Switzerland.

Following the earthquake of January 12, 2010, he founded the company Au Fil du Temps, of which he is the artistic director. He was a special guest at the 13th Festival Quatre Chemins in 2016 as a tribute to his career as a puppeteer. In 2017, he represented Haiti at the Jeux de la Francophonie in Abidjan.

He sees his art as an effective means of inviting the public to reflect on the socio-political and environmental issues that concern him. Currently, he is working on the adaptation and staging of a puppet show at the table based on the novel Les arbres musiciens by Jacques Stephen Alexis.

Ernst St Rome (Haiti) is a recipient of the TRAME program 2020 edition.