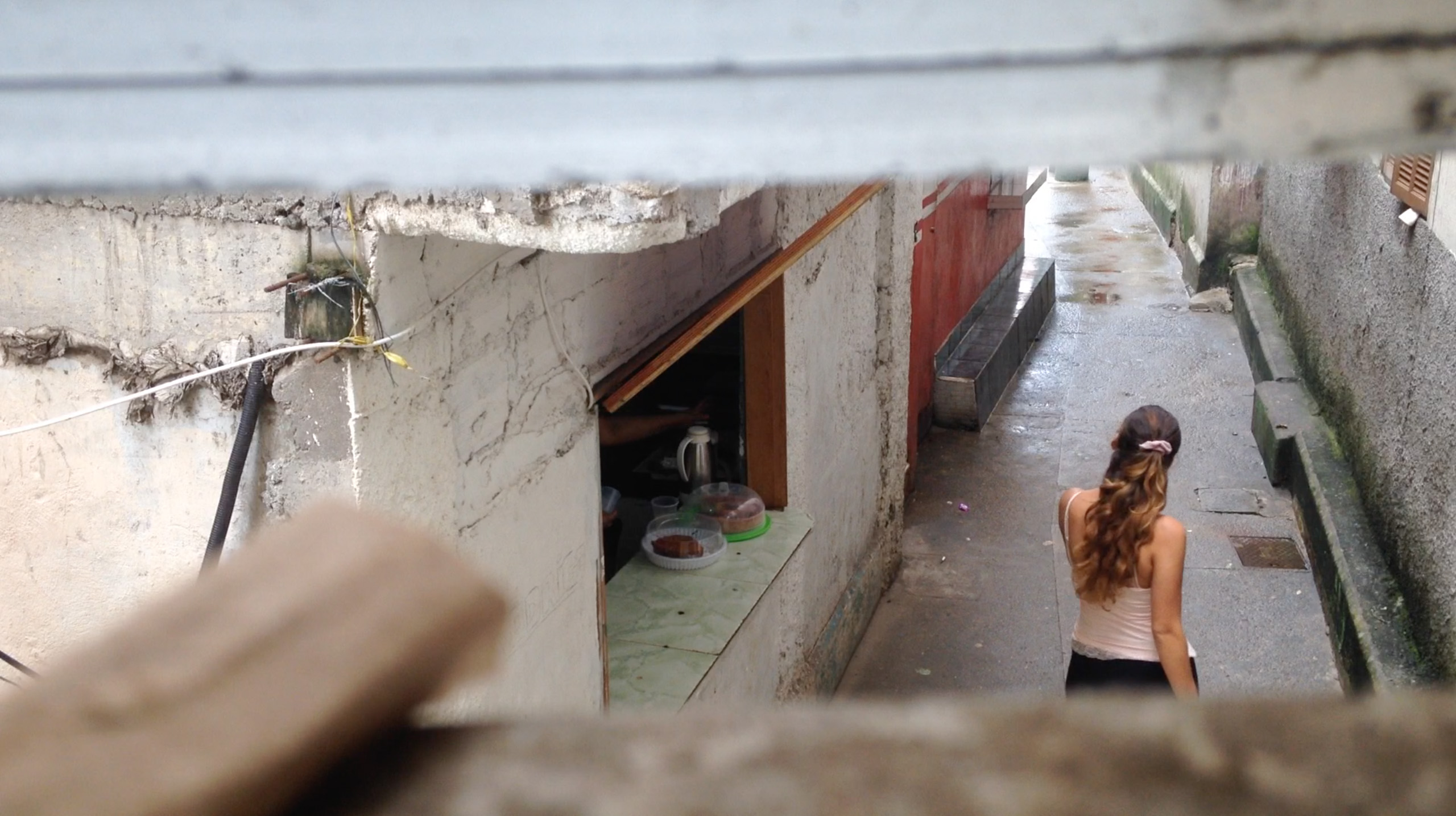 Born in 1992, Emma Boccanfuso has graduated from the Beaux-arts de Paris in 2019 with honours. She has been living between France and Brazil since 2015, where she is working on a documentary project with the inhabitants of the Chapéu Mangueira neighbourhood.

Emma Boccanfuso's video installations are first of all a story of space. In her projects, several videos are projected simultaneously and form a narrative path. According to the artist, the exhibition space could be a house that contains her confidences. Her work explores ways of existing and interacting in community in a territory dominated by a climate of war.

In 2015, the artist began the documentary project Rua Dr Nelson. This series of videos presents a neighbourhood in the favela Chapéu Mangueira, located in the southern zone of Rio de Janeiro, Brazil.

Between police violence and the drug trafficking war, Emma Boccanfuso's videos paint a portrait of a forgotten community, mired in an endless conflict that threatens its own survival. By following the daily lives of a few people in Chapéu Mangueira over several years, the films in this project interweave personal stories with political issues and seek to convey the extraordinary life drive that animates its inhabitants.

The proximity of the living to the dead is the territory of the films. What touches me and interests me is the astonishing resistance of those who remain, the strategies put in place in this stalemate where the inhabitants live with the constant presence of danger and death. I wandered through the stories and memories of the disappeared, investigating how the dead enter the lives of the living, and how they make them act in their daily lives.