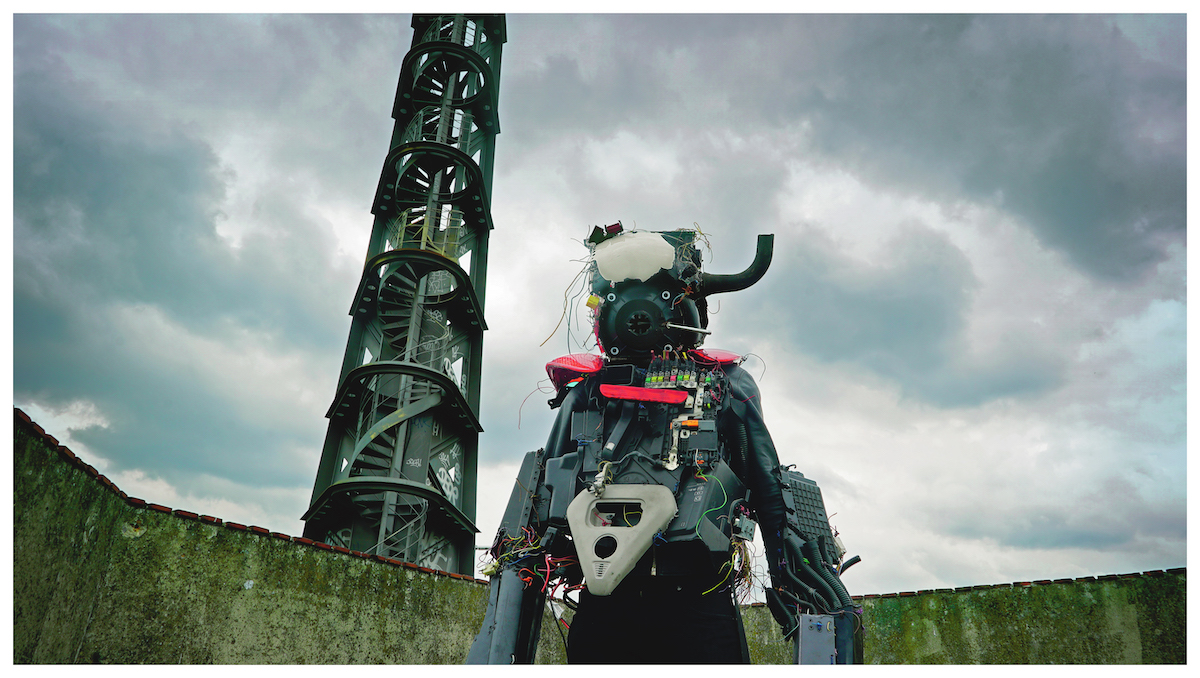 The curators of Maison de Force, an exhibition organised by the Collectif Eaux Fortes (Cléophée Moser and Marinette Jeannerod) in Aedaen (Strasbourg) from September 25 to October 17, 2020, look back on two major events that marked the exhibition. To this end, they will be talking with Precy Numbi and Tickson Mbuyi about their performances Robot Kimbalambala and L’homme capotes.

The quartet met in Kinshasa (Democratic Republic of Congo) in July 2018 during the KinAct International Performers’ Meeting. Since then, the quartet’s members have worked together on texts, films and performances, which they will evoke during this first get-together of the 2020/2021 edition of Dialogues Afriques.

Born in 1988 in Kinshasa, Tickson Mbuyi Mpoyi is a sculptor and performer who links his practice of sculpture and assemblage to that of performance. A ceramist trained at the Académie des Beaux-Arts in Kinshasa, he co-founded (together with Yannos Majestikos) the multidisciplinary Sakana na art collective.

Born in 1992 in Kinshasa, Precy Numbi is a sculptor and performer who lives and works in Goma. After graduating in Humanities and Interior Architecture from the Académie des Beaux-Arts in Kinshasa, he has been expressing his political commitments in militant performances in the public space.

Researcher and curator Marinette Jeannerod (who uses the deterritorialized pseudonym of Marynet J) is an online content editor for The Art Momentum and a teacher at the Virtual University of Senegal. As part of her research, she is particularly interested in extractivism in relation to digital technologies.

Cléophée Moser is an artist and researcher working in the fields of postcolonial and gender studies. Her practice blends performance, video art, installation, scenography and relational devices. Combining research with her artistic practice, she documents and accompanies the creations of the politically and socially committed artists who are causing a stir today.

Free admission
Within the limit of the maximum number of visitors permitted and in compliance with health measures. Wearing a mask is mandatory.

Performing politics in Africa and in the diasporas