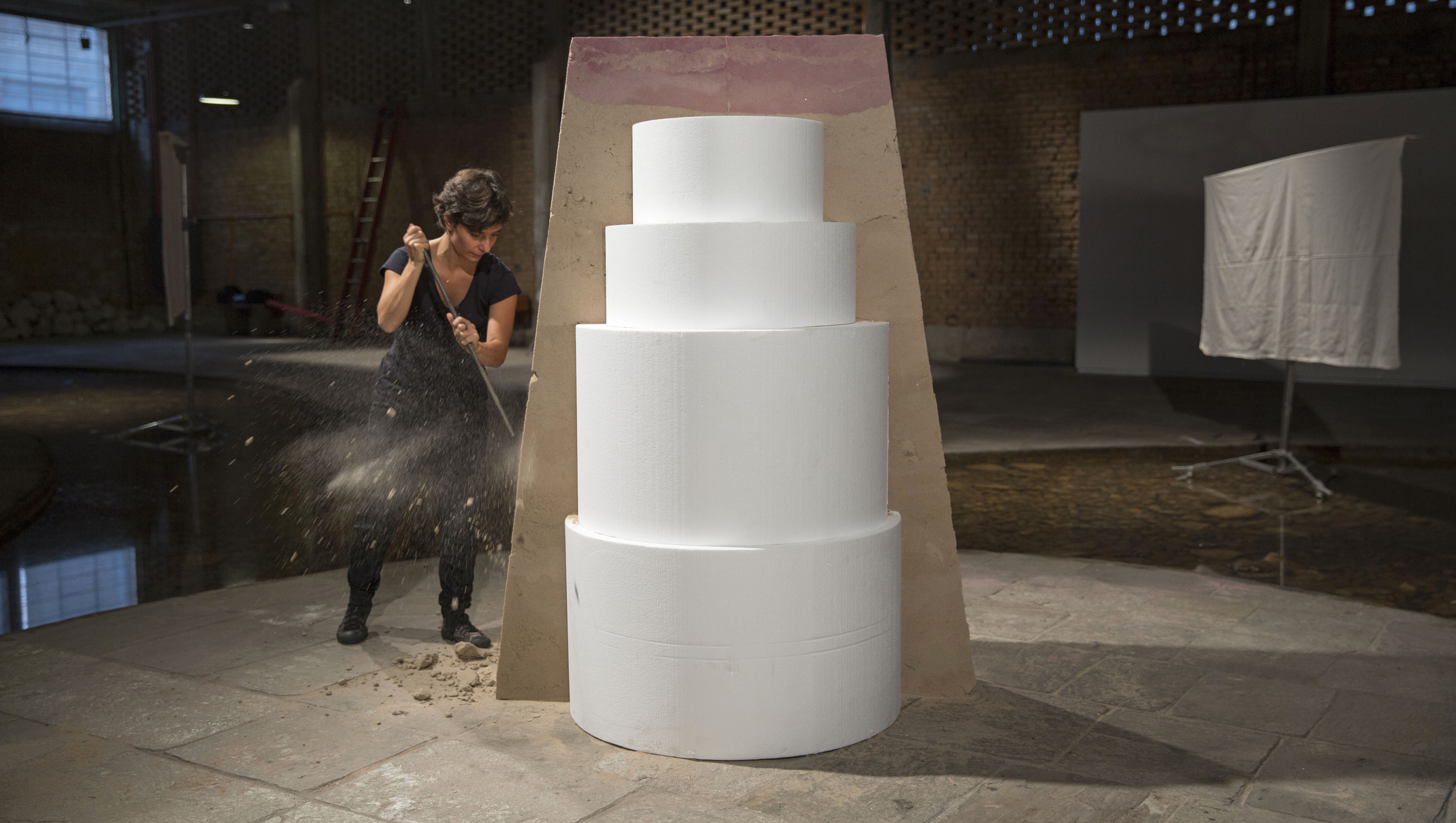 In a child's game known as “Statues” the players must stop in their position and try, at the same time, to advance until they reach the target. Most of the time, Debora Bolzoni thinks about her artwork as an interrupted scene where objects, materials, concepts and words behave like moving bodies which were surprised before arriving at their proper places, or before they reached the place they were headed to.

While this is happening, she can peek in deliberate amusement, relinquishing control and surprising them by making an abrupt and unexpected cut, as if she was collecting a time-sample for study and analysis.

Movement is as essential as stillness for spatial thought. The cut in the timeline is only a tactic for seeking permanence. An attempt to glimpse, in the suspension of the acts, some inexhaustible essence.  Many times, for instance, Debora Bolzoni attempts to relate the urban landscape transformations she experienced in her childhood in the periphery of Rio de Janeiro with her visual thinking processes and technical repertoires.