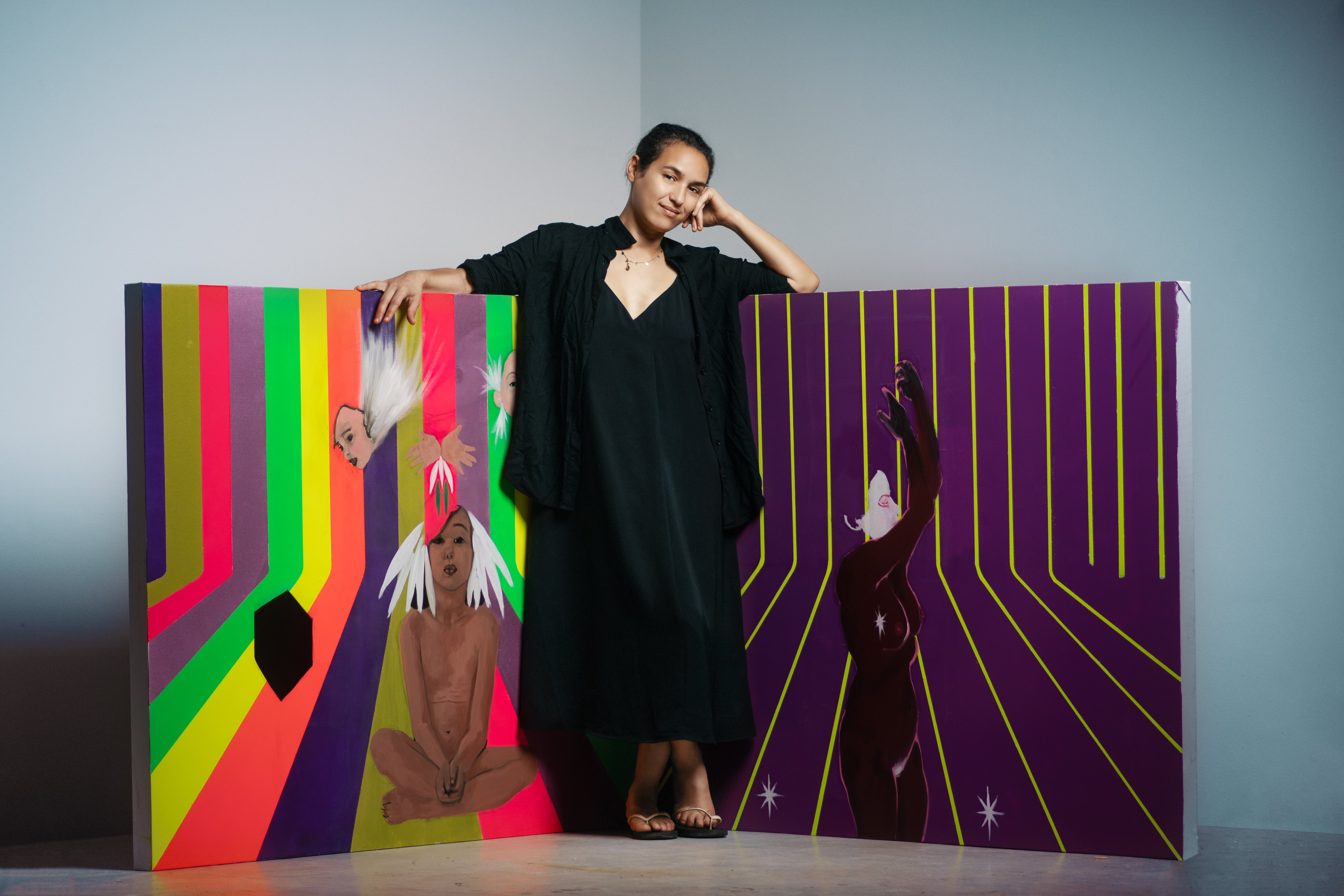 Dalila Dalléas Bouzar, born in 1974, is a painter and performer of Algerian origin, a graduate of the École des Beaux-Arts in Paris.
By taking an interest in the images and stories of the Algerian war, Dalila Dalléas Bouzar develops a discourse on the condition of women, the orientalist myth and traumatic memory.
Her painting is also the driving force behind a reflection on the role of the artist, the history of art and representation as a tool of domination. From painting to performance, Dalila Dalléas Bouzar deconstructs the clichés of the representation of Arab women (Studio Orient, Quai Branly - 2019), ritualises the painter's link to the world and to the museum (1/365 Revolution, Dakar Museum of Black Civilisations) or questions the status of the painter with Studio Dakar, Dakar Biennale 2018.
Through works such as Algérie Année Zéro (2012) or Princesses (2015), Dalila Dalléas Bouzar addresses the individual and collective memory of Algerian history, or the fantasized vision of the Orient in Femmes d'Alger d'après Delacroix (2012-18).
Dalila Dalléas Bouzar lives and works in Bordeaux. Within the grOEP collective, she is committed to the recognition of the status of artist and develops a reflection on the notions of displacement. Her work was notably exhibited at the Cairo Biennale (Egypt) in 2018, and is regularly presented at the Cécile Fakhoury gallery (Abidjan, Ivory Coast).

"1711 is the magic number that allowed me to find myself while opening up to others."