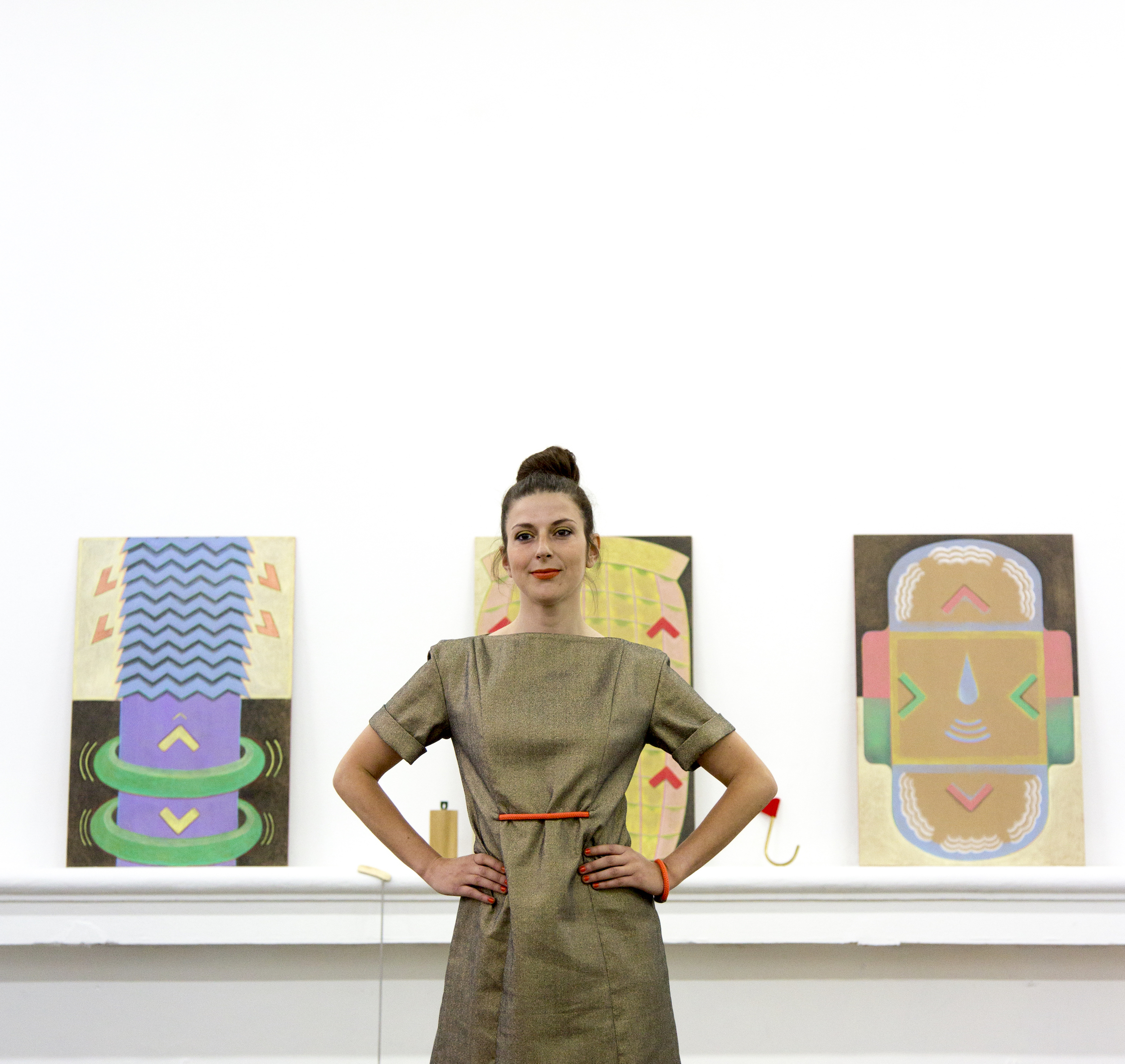 Chloé Serre's practice is tinged with an initial background in the human science since she has studied psychology and cognitive sciences.

A graduate of the École Supérieure d'Art et Design de Saint-Etienne, she has developed a sculptural and performative practice that questions the ritual elements inherent in social interactions, intruding into the off-field of communication, where what is not really said is not necessarily invisible. Enriched by regular collaborations with artists from the performing arts, her work has been presented at the DO Disturb festival (2015) and the biennial of young contemporary creation in Mulhouse (2017).

Her first solo exhibition at La BF15 (Lyon), took place in 2018 in parallel with the Biennale de la danse. In 2019, she has participated in the 64th edition of the Salon de Montrouge and has benefited from temporary residencies in Oakland, USA (with RTS Studio and Artistes en Résidences) and at Doc (Paris) within the ARCA-Doc programme.

In 2020, she has been selected by La Galerie centre d'art contemporain de Noisy-le-Sec for a 6-month residency during which she has developed a work around the narrative capacity of games. At the same time, she has presented Comme un parfum d'aventure at the Musée d'art contemporain de Lyon, a sculptural performance involving the deployment of ritual idioms of daily mechanics.