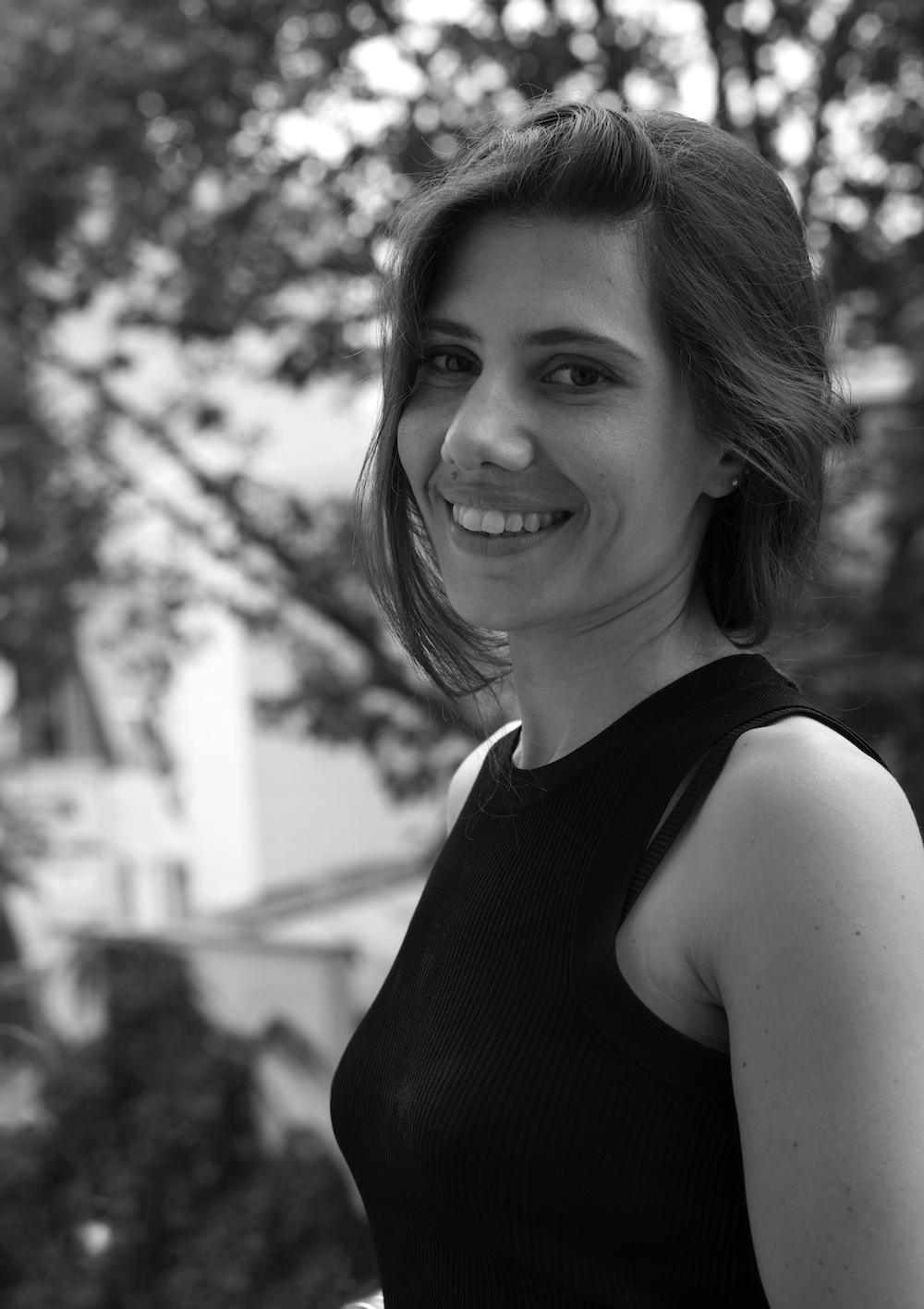 Céleste Rogosin is a French-American artist and filmmaker born in 1989 in Paris.

Initially trained in dance, theatre and film, she continued her artistic career at Le Fresnoy - Studio national des arts contemporains, where she has developed video and installation. Her practice now draws on different media and extends to the plastic and visual arts.

Sensitive to social issues, she questions the place of the individual in the group and in society by looking at places on the margins and at confinement. The issues she addresses revolve around the notion of utopia — or at least her research and multiple attempts to affirm — embodied by diverse groups such as middle-class teenagers in the suburbs of large cities (The Paths, 2018), workers in Alabama (1971 Situation, Alabama, 2017) or prisoners (Clear Jail Minotaur, 2021)... Traversed by questions of the body as the surface of a political language, her work transcribes states where bodies are in perpetual tension between a here and an elsewhere, in search of alternative liberatory spaces, both physical and mental.