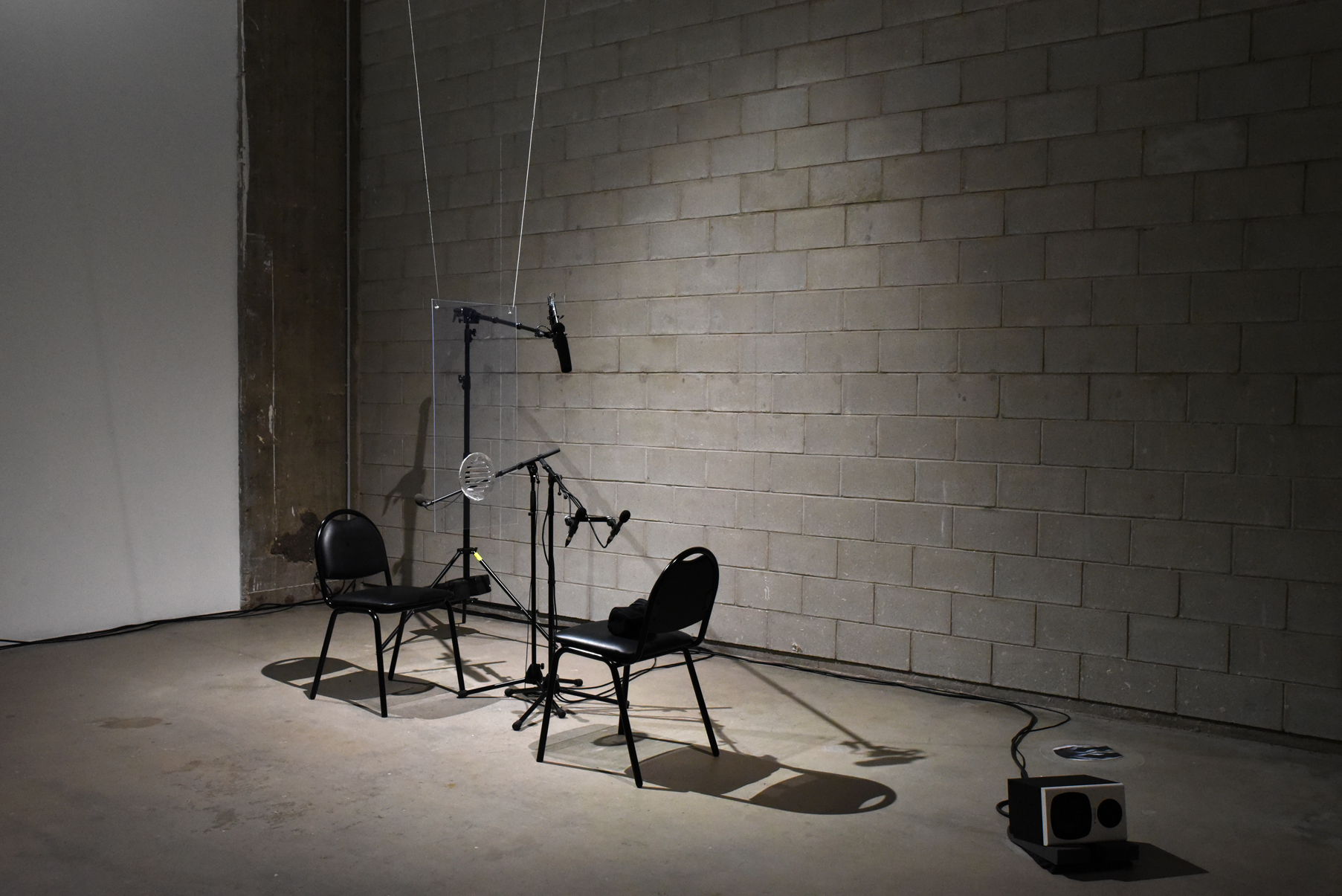 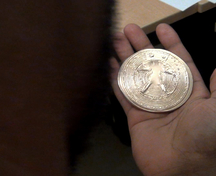 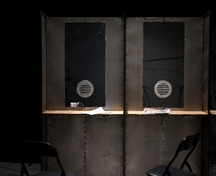 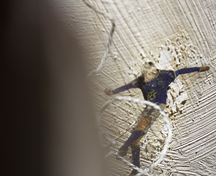 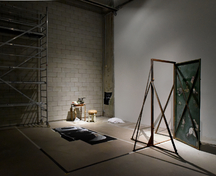 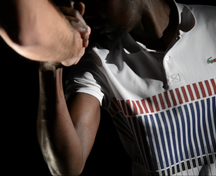 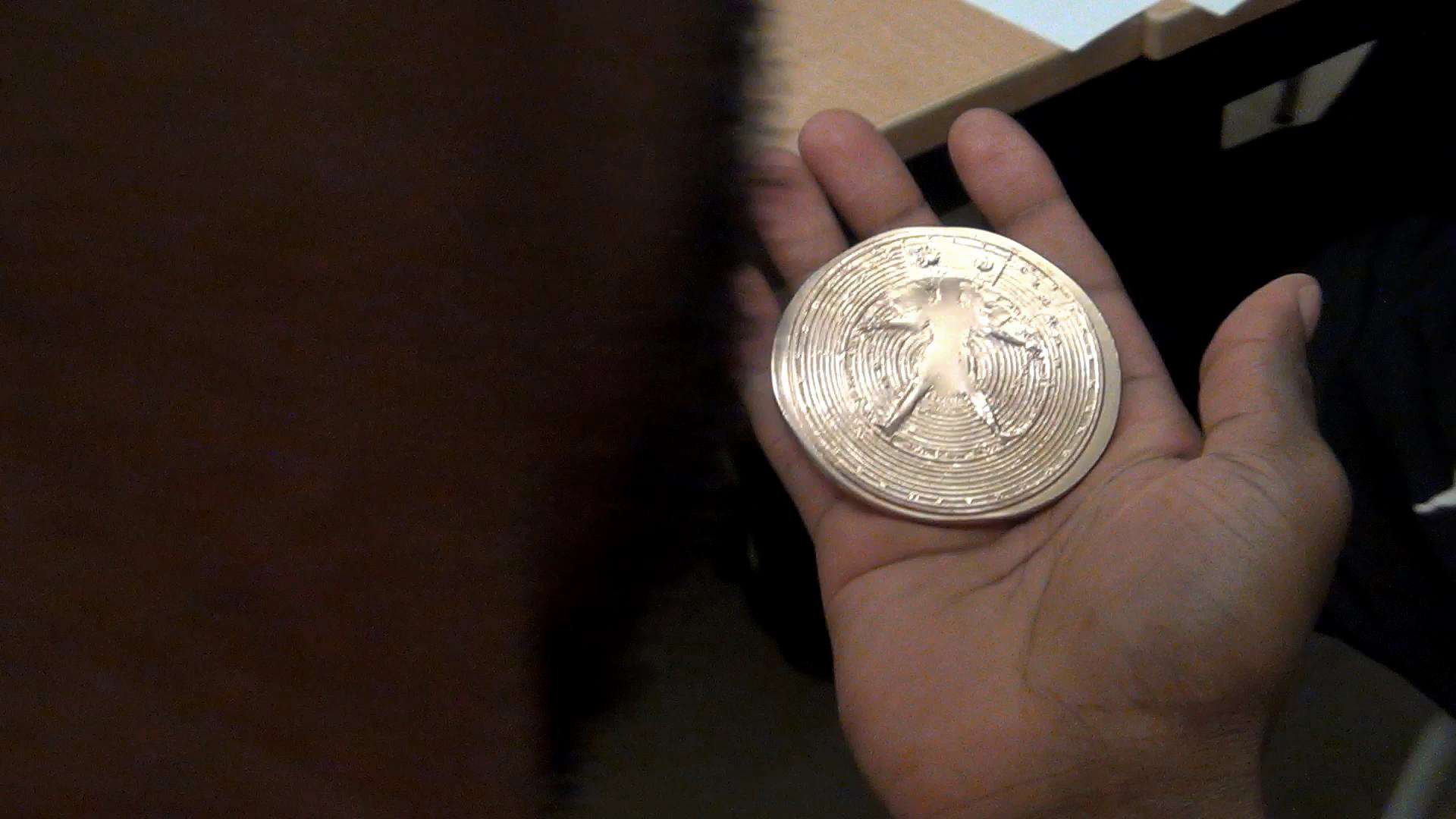 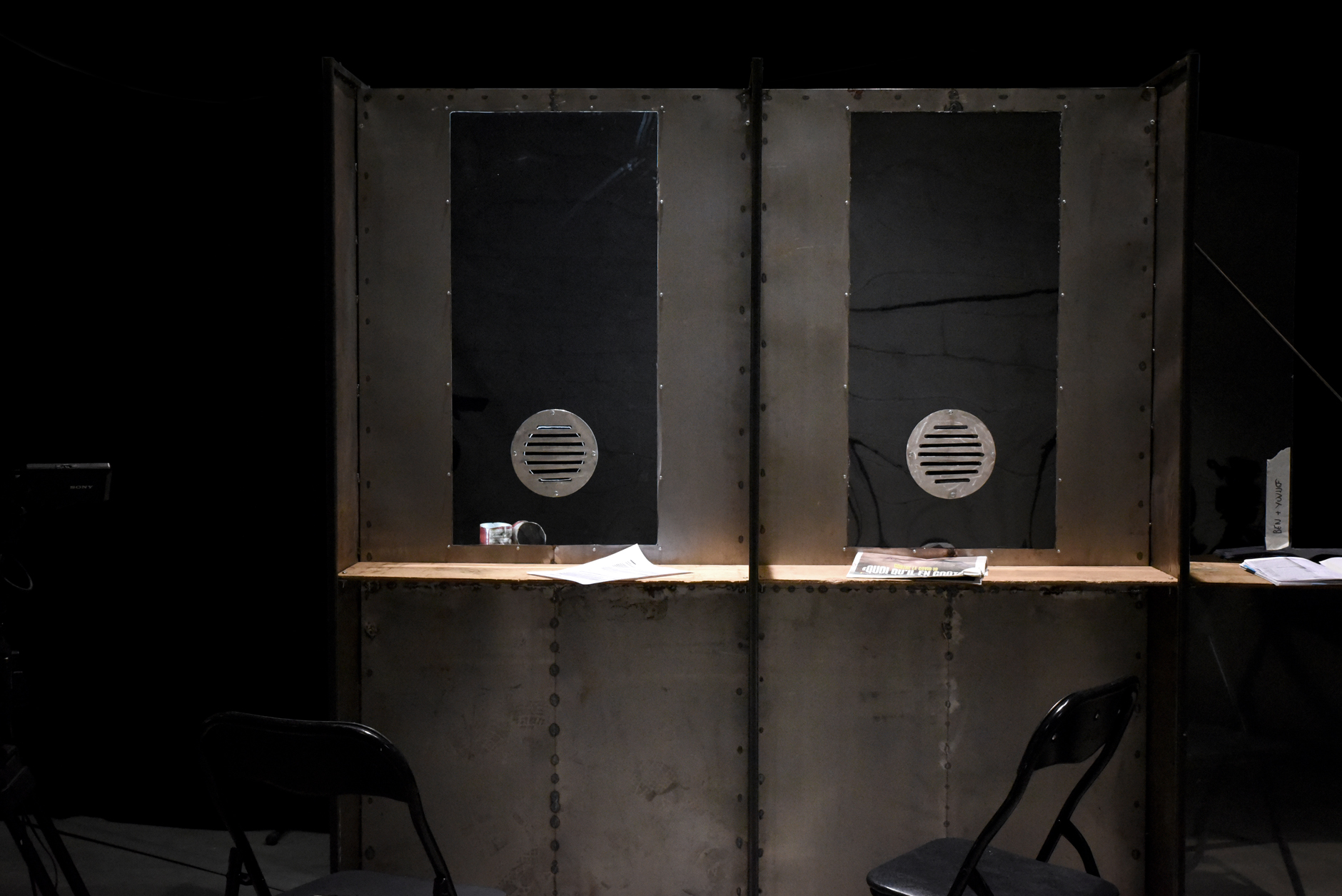 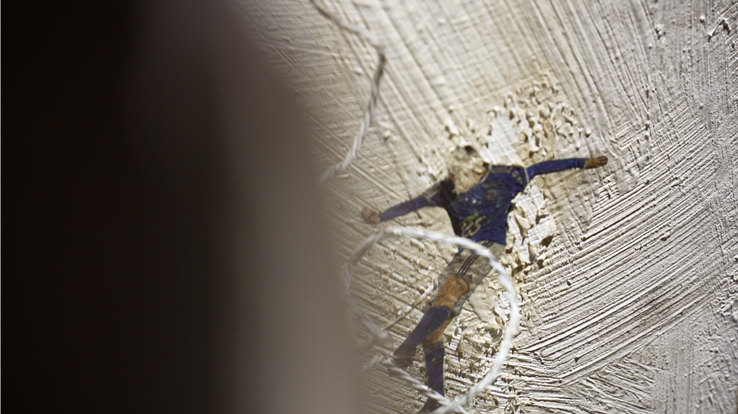 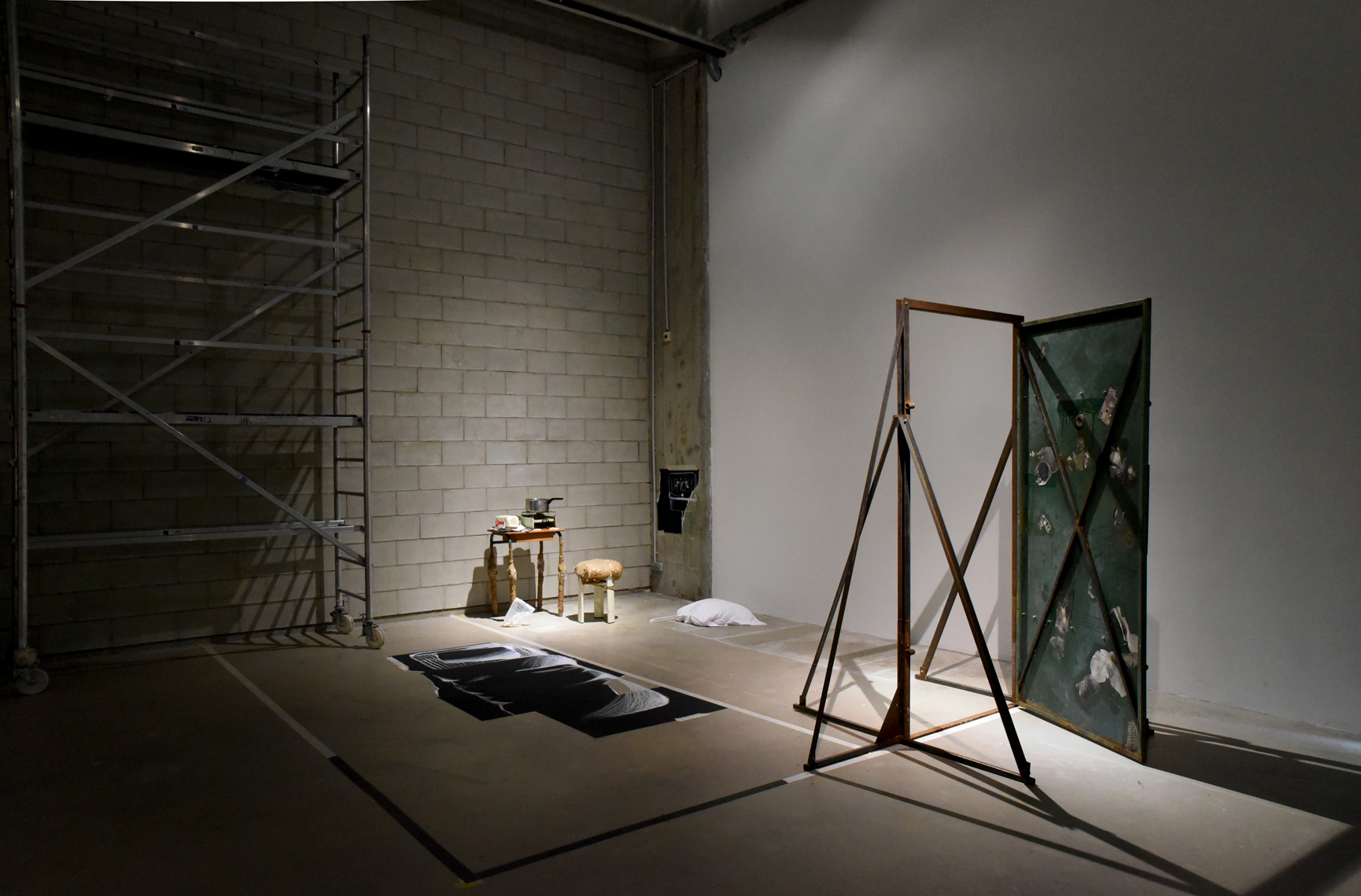 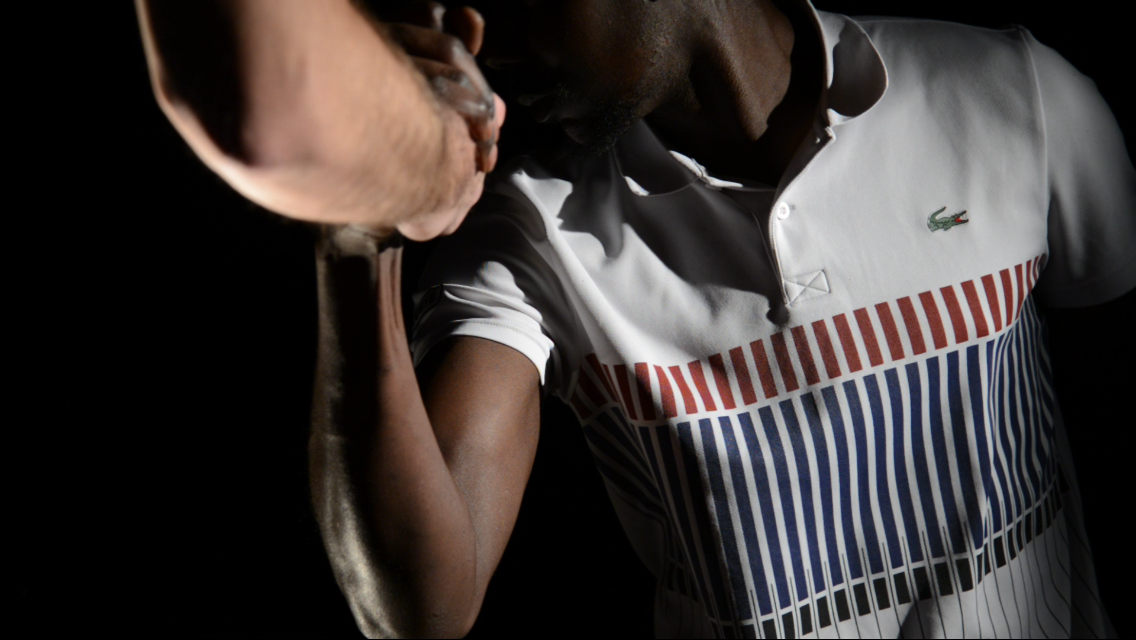 "The meeting is arranged in a neutral room, without computers or images. The conversation is unscripted and without any medium other than the two of us; and, I didn't know it yet, but the absence is performative: Julie Ramage deploys as a method her presence in the exchange, and calls for a copresence, as a route to co-creation. Her artistic gesture lies as much in the creation of communities as in experimental documentary.

Since 2019 she has been pursuing a research and co-creation work in detention: Ghostmarkets takes as a starting point the prohibition of currency in the prison space. Economists, anthropologists, archaeologists and choreographers are invited to collaborate with a working group set up within the walls around the creation of a "currency of esteem" made of sugar and concrete.
Ghostmarkets is a ghost film, a collective and multisubjective testimony whose dissemination takes various forms. It is reiterated here in the form of a conversation that takes as its starting point an installation-performance realized at the Bétonsalon in September 2020. It unfolds to refelct on the body and the affect in the circulation of money, the ruptures and continuities of states of exception in prisons and in healthcare, the art world as a world of labor, the contamination and capture of viruses, values and discourses. It is a recorded conversation, then edited and augmented with screen capture videos, allowing us to intersperse our voices with those of Julie's collaborators, to juxtapose works and documents, to play with silences and absences, polyphony and dissonance for an unveiling of the devices that make us speak."
– Asli Seven
A montage of sounds and images by Julie Ramage and Asli Seven with excerpts of ambient sound by Alex Augier.
Asli Seven

Asli Seven is an independent curator and writer based between Istanbul and Paris.

Her research and curatorial projects focus on infrastructural and intangible forms of violence embodied within landscape and built environment, with an emphasis on fieldwork, ficto-criticism and collaborative artistic processes as generative methods towards healing, caring and community building.

In 2020 she is the recipient of CNAP and Cité des Arts grant and residency for curators in Paris. She holds a doctoral level degree on Artistic Research delivered by ENSA Bourges and EESI Poitiers-Angouleme (2019) and a Research MA in Political Science from Université Paris 1 – Sorbonne (2006). Since 2014 she has collaborated as curator and writer with Arter, Protocinema, Pi Artworks, Galerist and Bilsart in Istanbul; and CNAC Magasin, Grenoble and Galerie La Box, Bourges, in France. She is a member of AICA and a collaborator with Independent Curators International (ICI).

Julie Ramage (1987, France) is a visual artist and holds a PhD degree in humanities and arts. She investigates the complex relationships between people and the spaces they occupy.

In 2014 she was selected for the NEARCH program and was an artist-in-residence at CENTQUATRE-Paris with the archaeologist Olivier Royer-Perez. Since 2015, she has worked with the Bétonsalon art center with whom she launched the Co-Workers prison art and research platform. With the help of visual artist Marina Ledrein, she created BLACKCUT, a collaborative art production and distribution platform she codirects.

Her work was exhibited in France at the Centre Pompidou, Bétonsalon-Center for art and research, Cité Internationale des Arts, CENTQUATRE, Chapelle des Beaux-Arts de Paris, Le Cube, Maison Européenne de la photographie and other parts of the world including the United States, Argentina and Spain. In 2018, she was awarded the FoRTE grant. She is currently an artist-in-residence in Paris Cité internationale des Arts and was nominated as Coup de coeur du jury for the prize Le Bal Jeune Création.