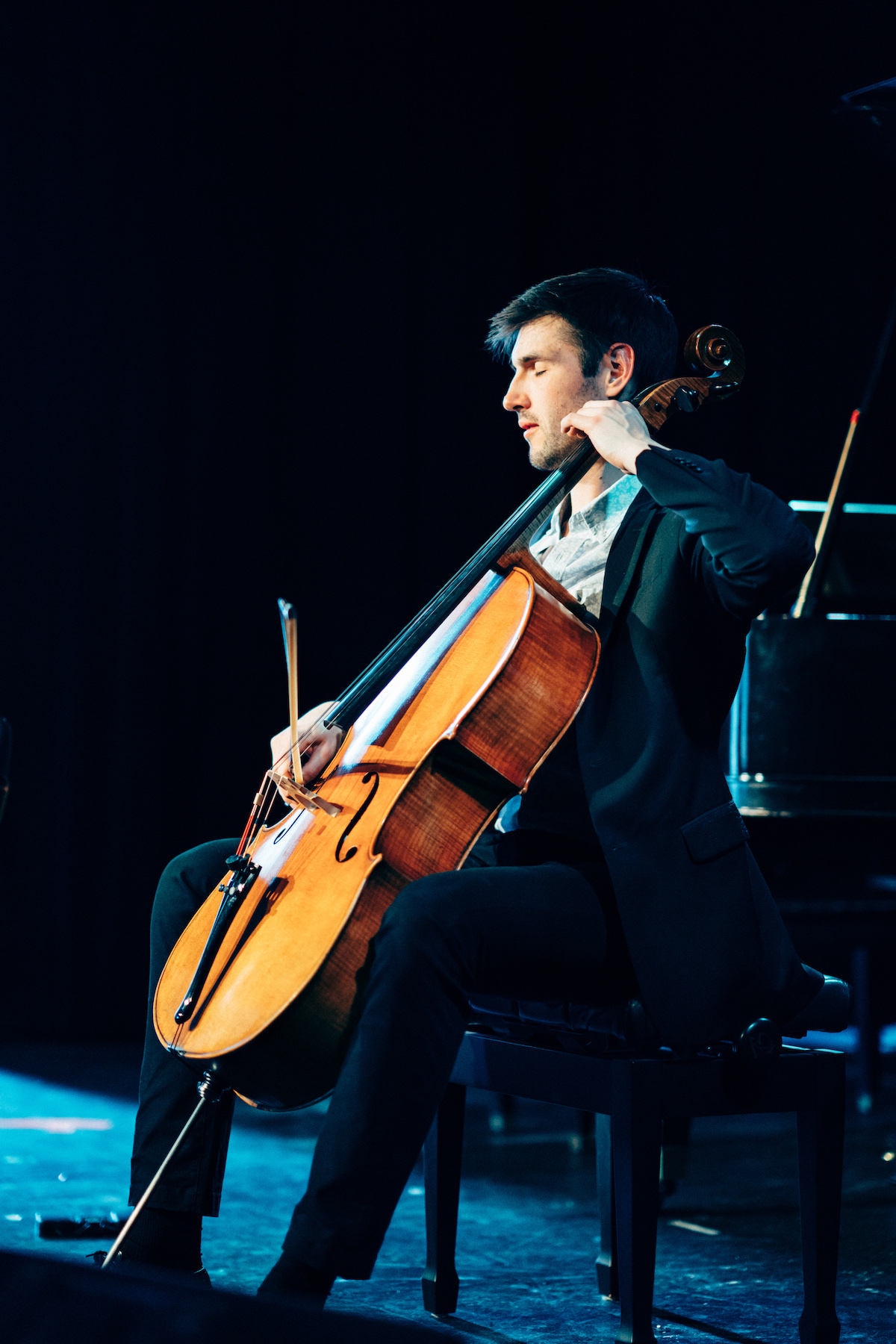 "Praised as an artist with an already expanding reputation and great future" (The Well-Tempered Ear).

Past season highlights include performances of the Dvořák Cello Concerto with the Middleton Community Orchestra, performances with the Juilliard Chamber Orchestra as a principal cellist, Carnegie Hall concerts with the New York String Orchestra Seminar, performing and teaching as an artist in residence at the University of Wisconsin-Oshkosh,  and performing as a section cellist of the Colorado Symphony, principal cellist of the Crested Butte Music Festival, and as a guest artist on recital series in Chicago, New York City, and Denver.

Completing his Masters Degree at The Juilliard School, Andrew Briggs graduated from the University of Wisconsin with his doctoral project, Piatti and the Body: An Integrative Approach to Learning the 12 Caprices, Op. 25, on Youtube.com.

Last season, Andrew Briggs was a recipient of the Harriet Hale Woolley Scholarship from the Fondation des États-Unis in Paris, France, where he studied and performed works of Duport, Debussy, and Poulenc under the guidance of Daniel Grosgurin at the Schola Cantorum de Paris.

On summer 2019, Andrew Briggs is a full scholarship recipient at the Fontainebleau Music Festival (France) working with Gary Hoffman, Philippe Muller, Ophélie Gaillard, and Diana Ligeti; and performing as soloist and chamber musician. He will be a resident artist at the Cité internationale des arts in Paris for the year 2019 – 2020, performing the complete works of Beethoven for cello and piano with pianist Ed Liddall.

Concert in tribute to André Larquié, former president of the Cité internationale des arts (2006 to 2015)