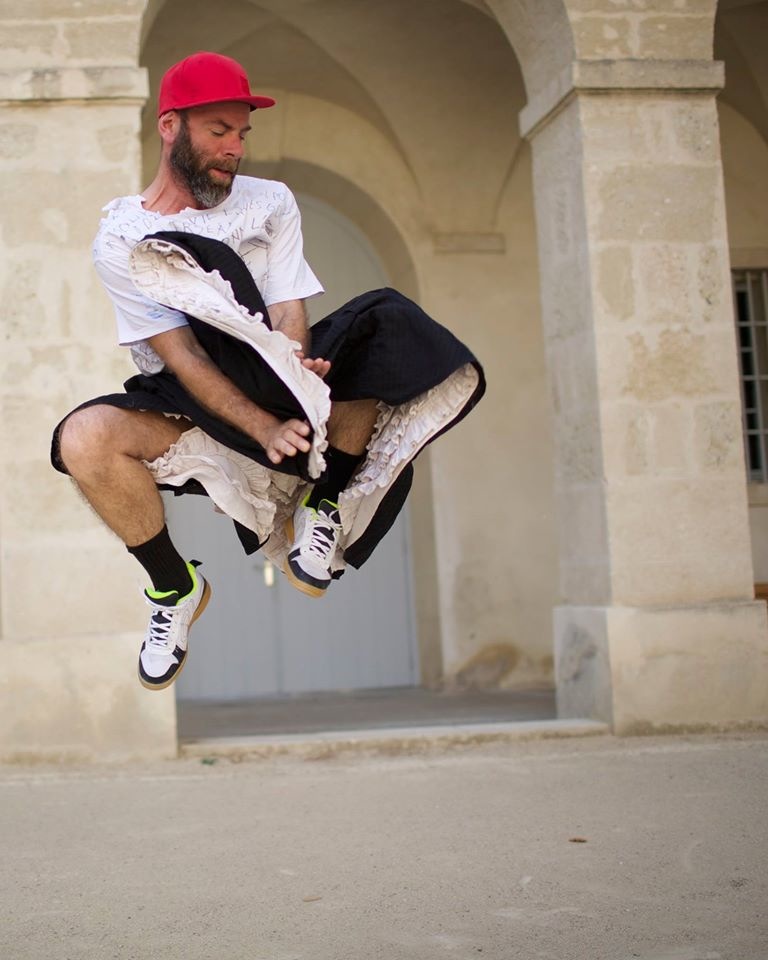 Since the play A Short Term Effect (2006), Alexandre Roccoli has placed the question of memory and its alterations at the heart of his concerns, questioning the fiction processes at work in mental reconstruction work. The body becomes the instrument of an archaeological and/or futuristic excavation that navigates freely between temporal imaginaries.

His collaborations with artists of the electronic or techno scene thus make the link between archaic, tribal or ritual bodies and their contemporary re-actualizations, at the time of techno-sapiens: the illusory body of the theatre (Last last last with Pantha du Prince), the subjugated body of workers (Drama per musica with Ellen Allien) or the astronomical body and its potential cybernetics (The chronicles of possible worlds with Jeff Mills) embody as many figures of fantasized memory bodies.

Alexandre Roccoli most often matures his projects in the context of places of deprivation of liberty. The rooms often drew their aesthetic materials during observation and workshop times in hospitals (general and psychiatric), prisons or retirement homes. The work is carried out with patients, of course (for example, with Alzheimer's disease or autism), but also in collaboration with the healthcare teams: psychomotricians, psychiatrists, educators or nurses.

THE GAITE FLORIAN COUP DE CŒUR: focus on Alexandre Roccoli, on the occasion of the Biennale de danse du Val-de-Marne, from March 21 to April 19.