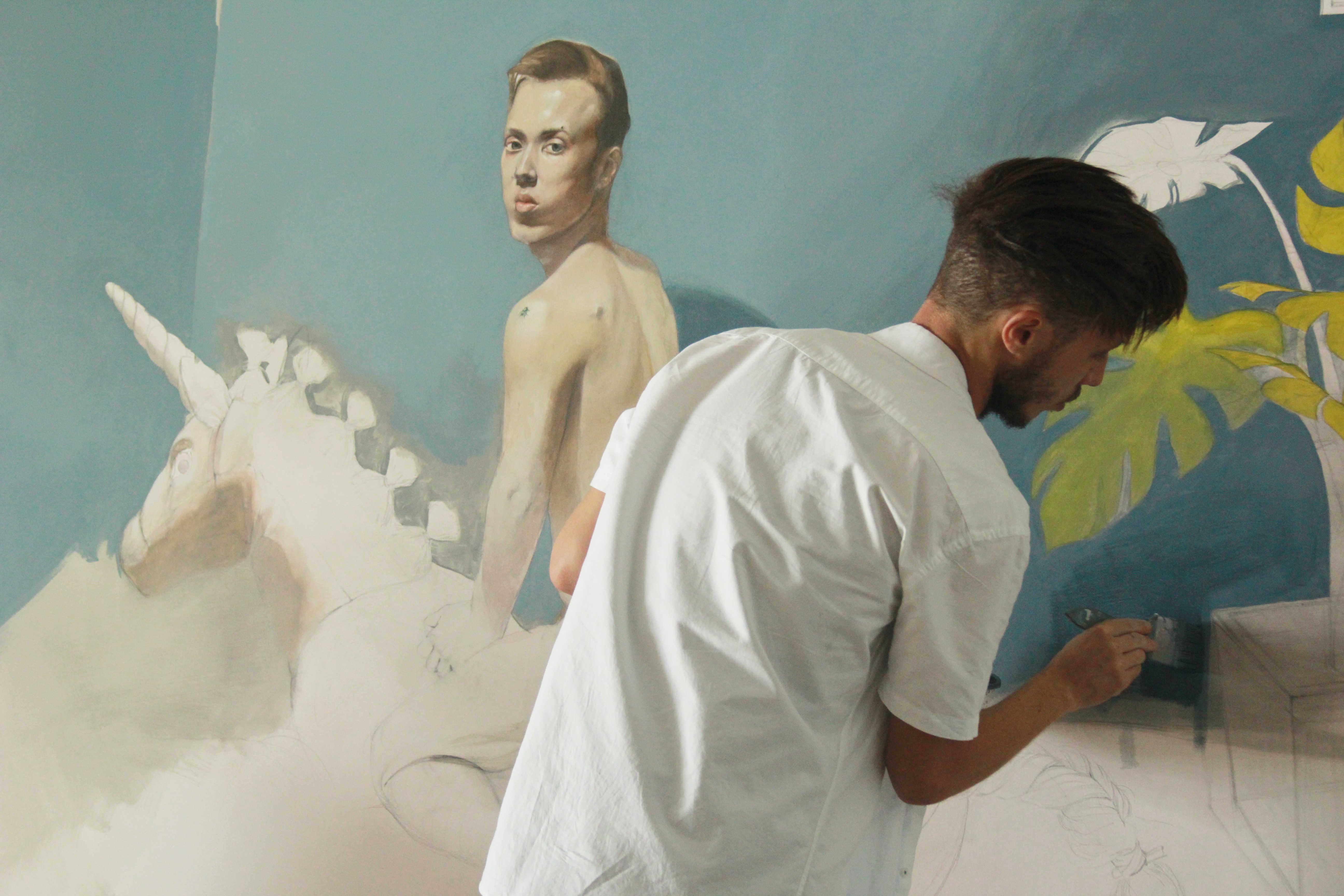 Abel Techer was born in 1992 in Saint Pierre de la Réunion. After graduating from the Ecole Supérieure d'Art de la Réunion, his practice focused on the question of gender, bodies and transvestism. Through snippets of intimacy, his work is based on a constant search for the self(s), the relationship to objects and spaces.

It is a project that is largely articulated through painting, but diﬀérents mediums such as photography and sculpture, the installation reflects a research that tries to go beyond its own body, to do it differently. The body becomes an object of experimentation, of the possibilities that fantasies, the imagination, allow.

It is the search for a duplication, the creation of avatars. Try a kind of personal mythology with diﬀérents characters who are, in the end, always the same. Playing tricks, presenting them not as objects outside oneself but which are in relation with the body and more intimately, with the feeling of identity. The "I" is not one but diverse, relational, in a constant search and evolution. It is in these moments that "I" allows itself to be an object and not a subject, to be in front of the eyes and to be scrutinized. It is here that the body allows itself less readable, more blurred contours, more able to accept the possibility of moving identities.

Julie Crenn in "Where to put your head?" Edition Collection of the Frac Réunion wrote:

"Abel Techer shares with Samuel Fosso a common understanding of the disorder of the genre. His self-portraits act as screens of his intimacy and moving identity. Its androgynous features and shapes disrupt our identification criteria. In this he activates the notion of gender performativity as enunciated by Judith Butler. American feminist theorist Judith Butler sees gender as a fluctuating identity, which is transformed as each person's life experience unfolds. She then speaks of a performativity of the kind that "is not a unique act, but a repetition and a ritual, which produces its eﬀets through a process of naturalization that takes shape, a process that must be understood, in part, as a temporality that is held in and by culture. »

I Call You from the Crossaroads